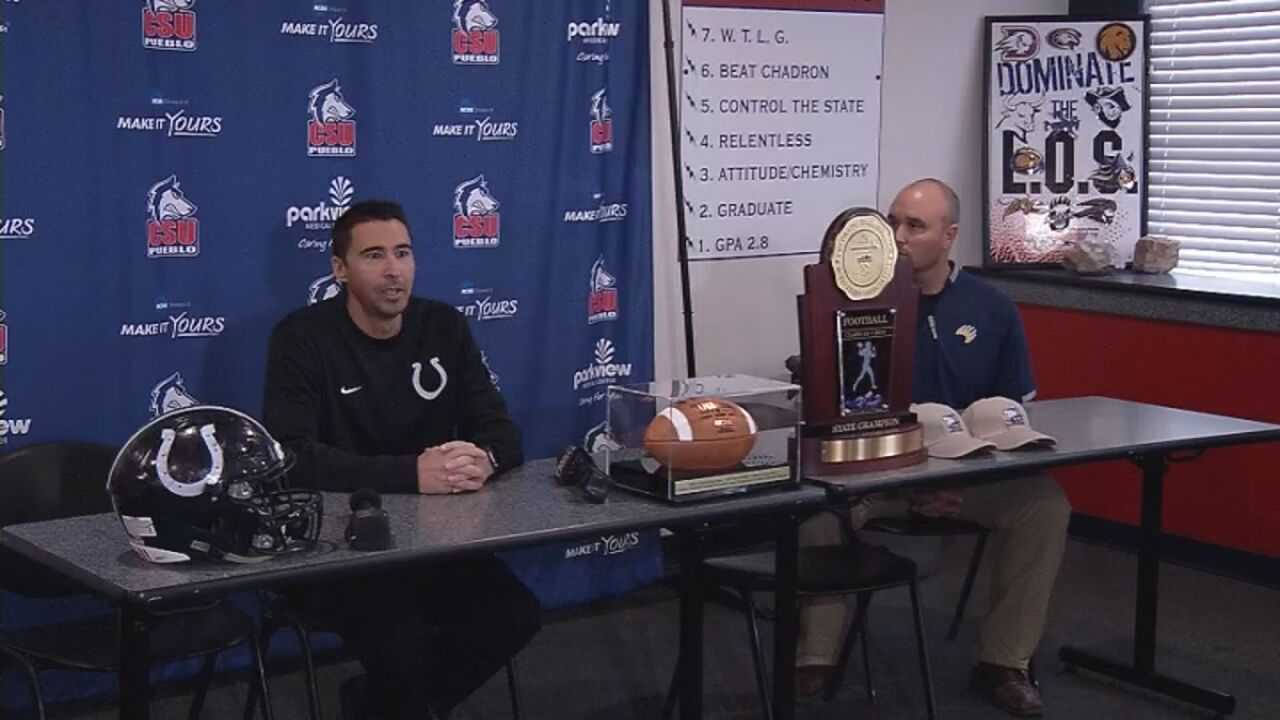 Copyright 2019 Scripps Media, Inc. All rights reserved. This material may not be published, broadcast, rewritten, or redistributed.
Pueblo South head coach Ryan Goddard and Palmer Ridge head coach Tom Pulford meet with the media prior to Saturday&#39;s 3A Championship. 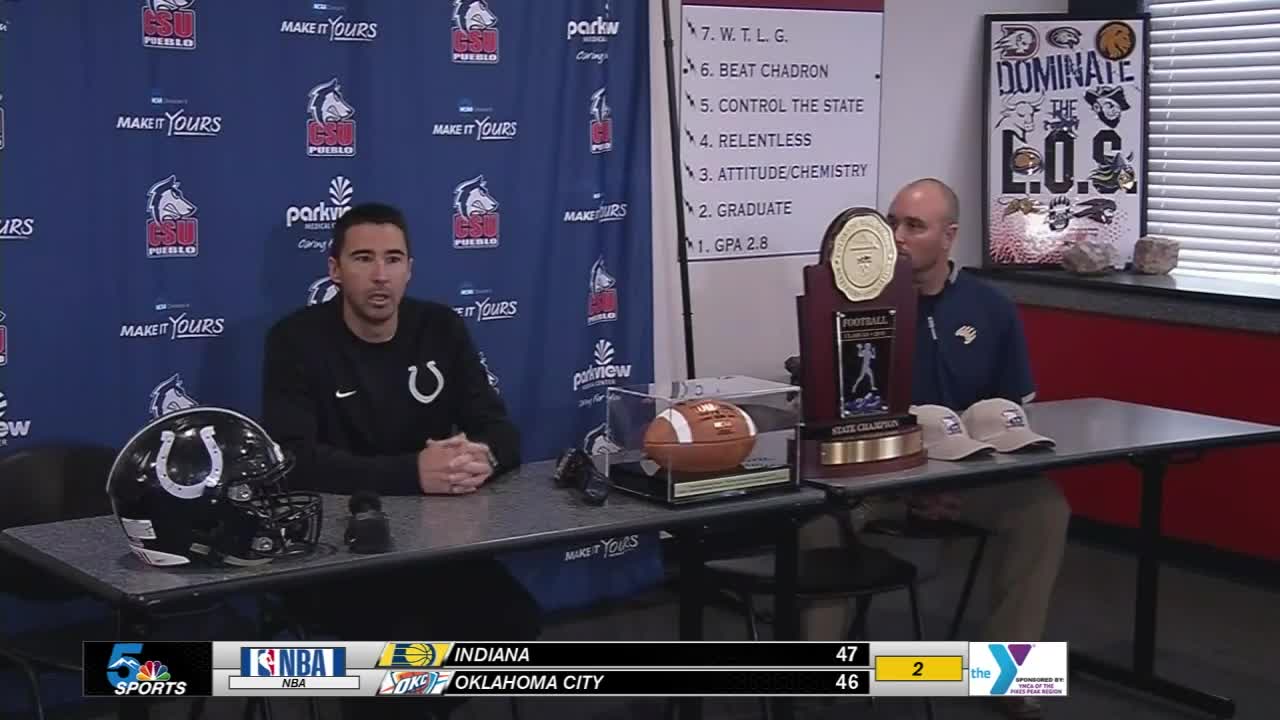 PUEBLO — The 3A Football Championship features two Southern Colorado powerhouses Saturday as (11-2) Palmer Ridge and (12-1) Pueblo South are set to meet at the Thunderbowl. Kick-off is set for 1 p.m.

"It really sets in and hit me when we first got here and they rolled up," Bears senior running back Raef Ruel said. "It's just exciting, everyone was excited while we were waiting to talk. It's exciting."

The showdown between the Bears and Colts is a rematch of a tight week 4 tilt won by Palmer Ridge, 24-19. Both squads head into the contest playing great football and it could very well be another one-score game in the title edition.

There are also plenty of great story lines with Palmer Ridge eyeing a three-peat and Pueblo South looking to knock off the Bears and Pine Creek in the past three seasons.

"Two great teams going at it, what more can you ask for?" Colts senior quarterback Logan Petit said. "You don't want an easy ride in the playoffs. The playoffs have been difficult but we've been able to pull them out and I believe in my guys."