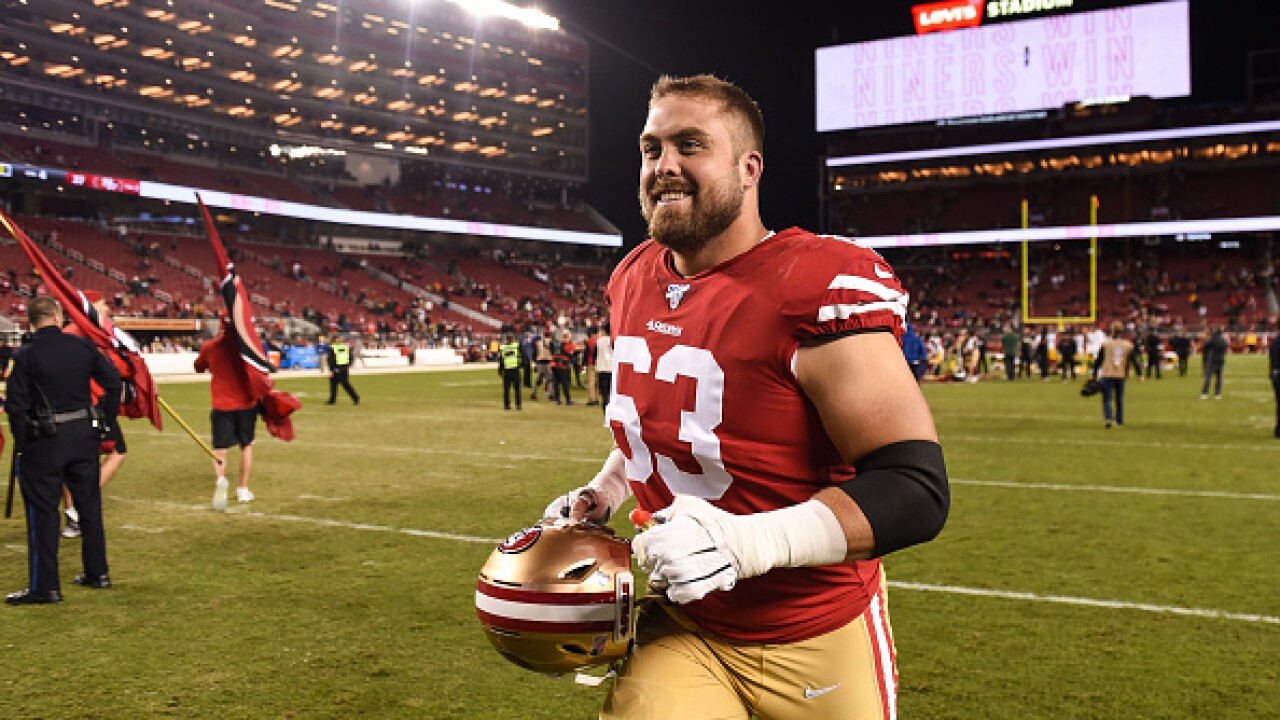 Garland, who turns 32 next month, started at center for the final three games of the regular season and into the playoffs, including the Super Bowl LIV.