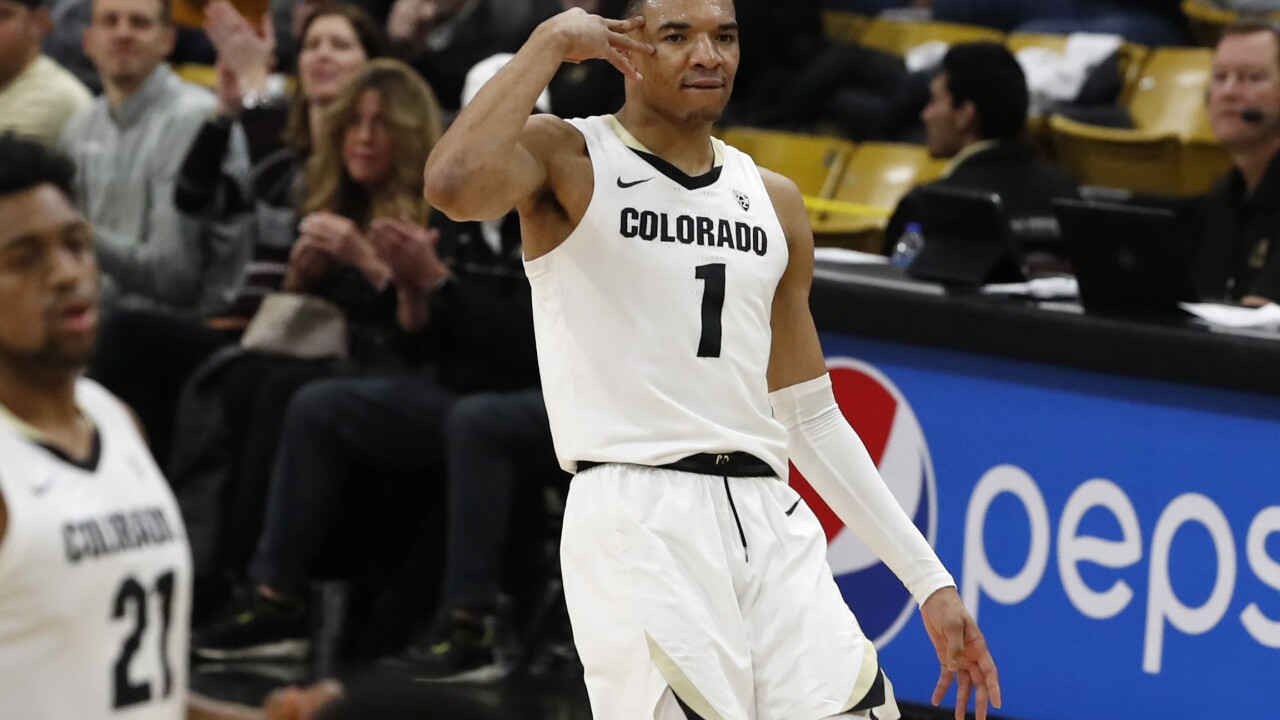 Copyright 2020 Scripps Media, Inc. All rights reserved. This material may not be published, broadcast, rewritten, or redistributed.
David Zalubowski/AP
Colorado guard Tyler Bey reacts after hitting a three-point basket against California late in the second half of an NCAA college basketball game Thursday, Feb. 6, 2020, in Boulder, Colo. (AP Photo/David Zalubowski)

BOULDER — Colorado's Tyler Bey was selected by the Philadelphia 76ers in the second round of the 2020 NBA Draft with the 36th overall pick Wednesday night.

A native of Las Vegas, Bey was the 2019-20 Pac-12 Conference Defensive Player of the Year while earning league All-Defensive Team and All-Pac-12 Second Team honors.

Bey averaged 13.8 points, 9.0 rebounds, 1.5 steals and 1.2 blocks as a junior, leading the Buffaloes in the latter three categories and ranking second in scoring.

Reports from ESPN have Bey being part of a proposed trade that will eventually land him with the Dallas Mavericks, though all proposed trades have to pass through NBA Legal before being finalized.