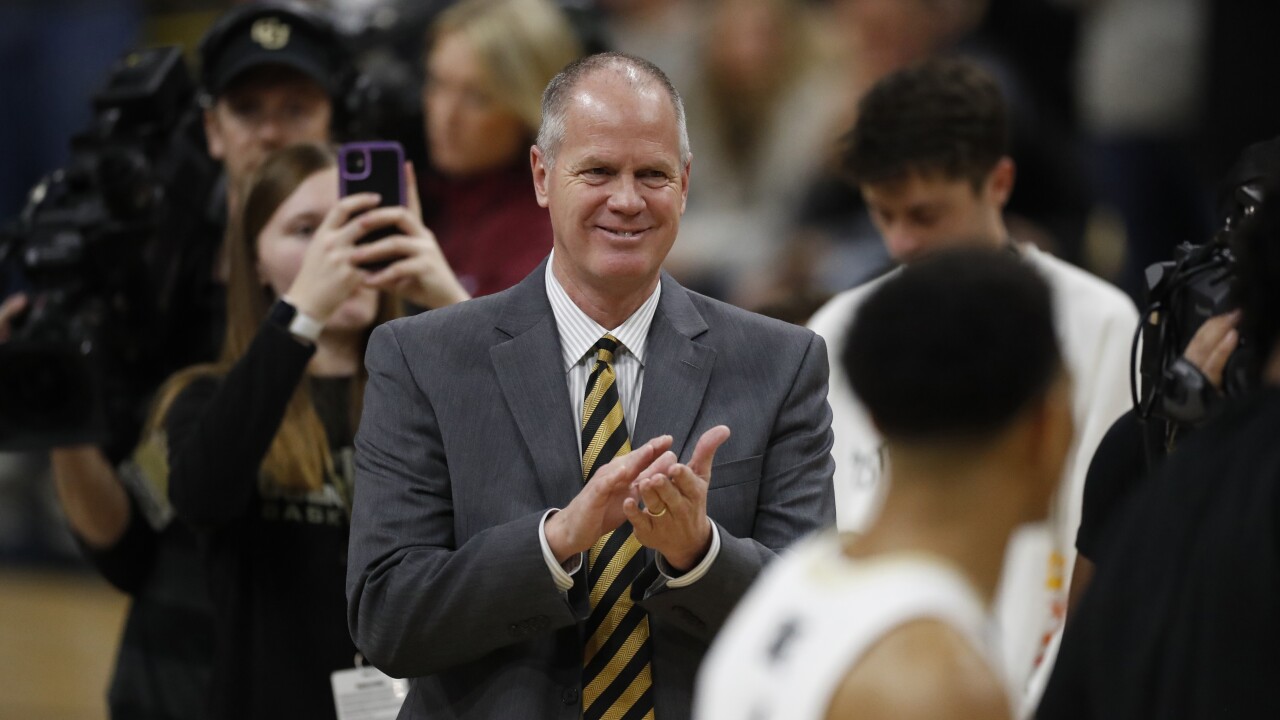 David Zalubowski/AP
FILE - Colorado head coach Tad Boyle applauds his players in the first half of an NCAA college basketball game against UCLA in this Saturday, Feb. 22, 2020, file photo taken in Boulder, Colo. Boyle and his players are preparing for the upcoming PAC-12 season. (AP Photo/David Zalubowski, File)

All seven games are within 800 miles of Boulder to try to limit the travel for the team due to the COVID-19 pandemic.

The Buffaloes are set to open, as previously announced, at the Little Apple Classic in Manhattan, Kan. Colorado tips off against South Dakota, which recently replaced South Dakota State, on Wednesday, Nov. 25, at 6 p.m.. The Buffaloes will face former Big Eight/Big 12 rival Kansas State on Friday, Nov. 27, at 6:30 p.m. on ESPNU.

Colorado State, Northern Colorado and Omaha will visit the CU Events Center during an eight-day span in December; the Buffaloes' only home nonconference opponents.

Colorado's three home non-conference games will be its fewest since 1964-65, when Denver, Drake and Wyoming were the only non-Big Eight opponents to visit Boulder. The Buffaloes' 13 scheduled home regular season games will be their fewest since having that same number for the 1989-90 season.

Colorado wraps up the non-conference schedule with two games at the Far West Classic at T-Mobile Arena in Las Vegas against one familiar opponent and a new one. The Buffaloes will play a "non-conference" game against Washington on Sunday, Dec. 20. Colorado will finish off non-conference play with a first-time match up with Grand Canyon on Tuesday, Dec. 22.