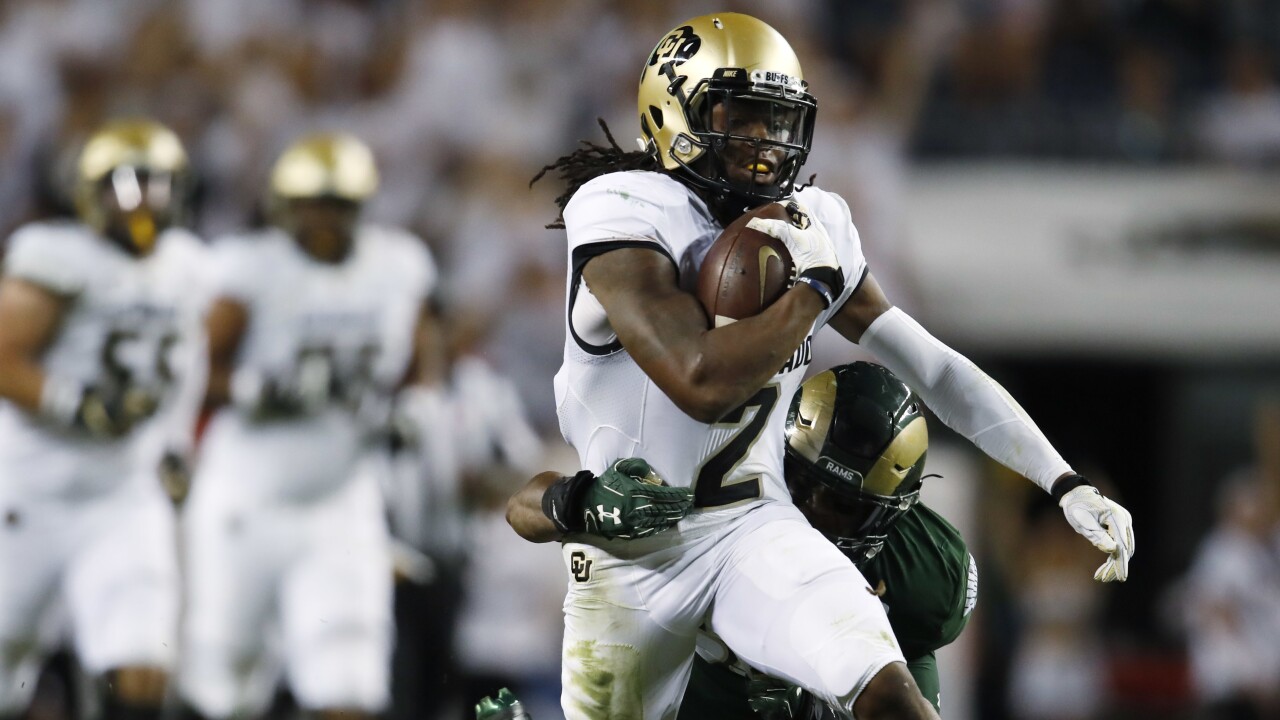 He really is a man amoung boys.

But his size is far from the only thing that he brings to the table.

"He was powerful, he was fast. One guy never tackled him, so run after the catch was really, really prominent. The different ways that they utilize him. I just have to believe he is definitely a first-round draft pick."

Aside from his strength, catching ability and overall dominance, the Falcons are see he is good as the small things as well.

"On tape he is a very physical players," said Air Force senior defensive back Jeremy Fejedelem. "It looks like on tape he enjoys the block."

So how do you stop the unstoppable? Well, Air Force junior defensive back Tre Bugg III might have the inside scoop.

“I covered him when I was in high school,” Bugg III said. “We were both on the USA national team together. We have all gotten better since then, so it should be a good game.”

So maybe there isnt a secret scheme or play to keep the future NFL draft pick at bay. They only thing Air Force can really do is try to slow him down.

“You can tell just by his numbers he’s been a great receiver for them,” explained Bugg III. “We’re going to have to come out and play our best ball.”