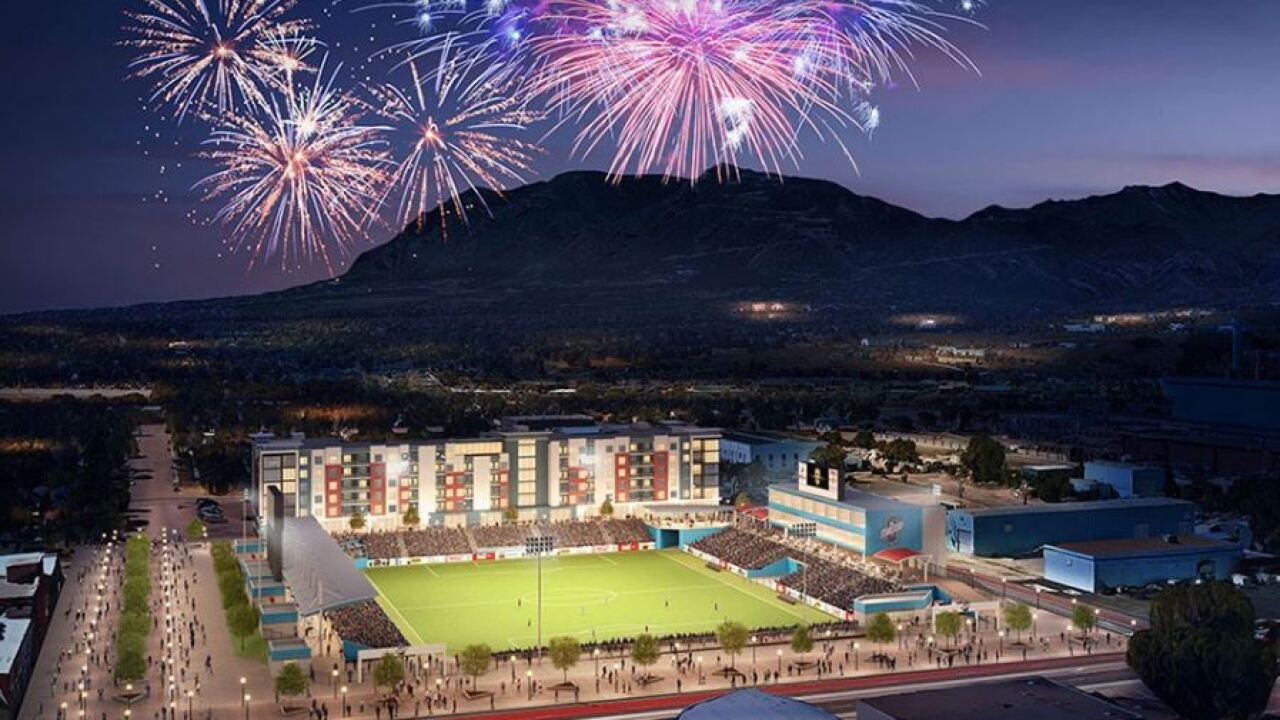 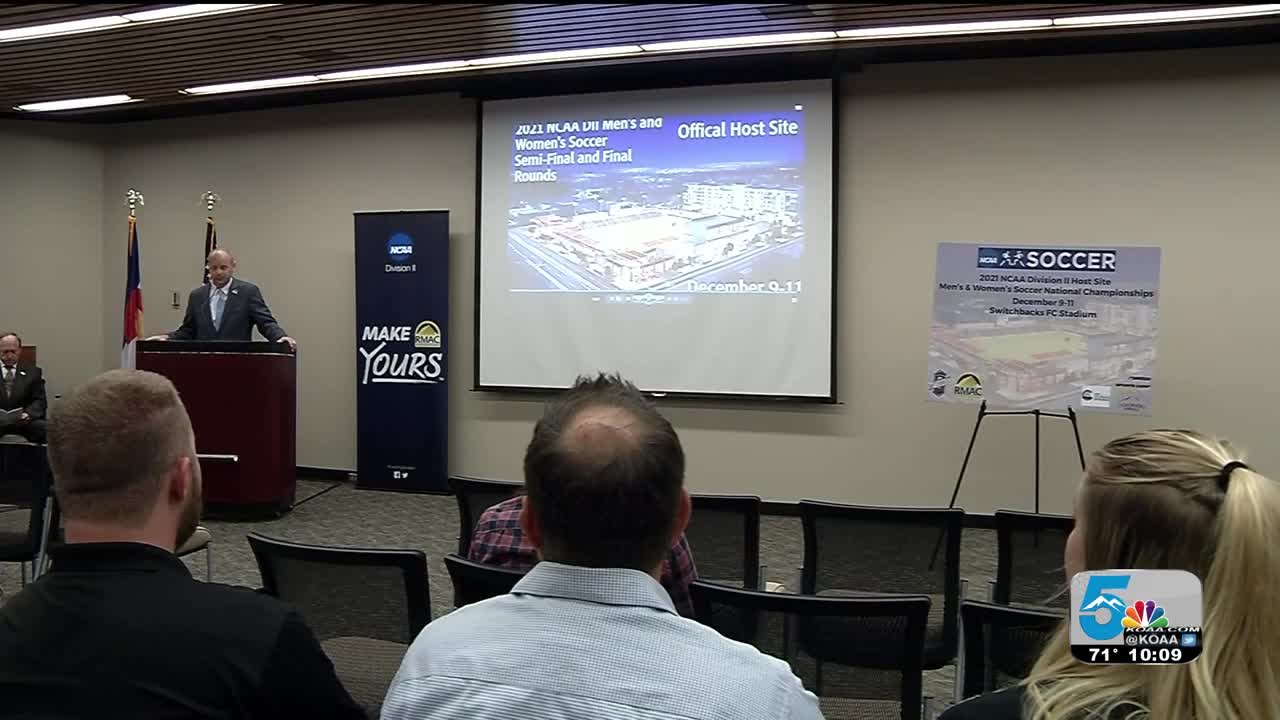 COLORADO SPRINGS — Wednesday afternoon in front of some the city's biggest players, an announcement that served as a kick in the right direction for soccer fans in Colorado Springs.

In two years, the top eight teams in Division II men's and women's soccer will head downtown to battle for the NCAA national championships at Switchbacks FC Stadium.

It is the first Division II tournament to make its way to the Olympic City and it carries a lot of excitement with it.

"Just to have this kind of event here at the new stadium, I think the excitement is huge across all of the soccer programs", UCCS women's soccer coach Sian Hudson said.

For a community with plenty of pride on the pitch, it's a major goal achieved for the City for Champions Projects.

"Not only is this outdoor stadium the new home of the Colorado Switchbacks FC, as today proves it will also host large sporting events that will benefit our cities economy and the entire Pikes Peak region," Mayor John Suthers said.

"I think the community will come together, we'll have a huge crowd there and it's just going to be a really exciting atmosphere for everyone involved," Hudson said.

It's a ground breaking announcement for the new sports venue that breaks ground in December. An all-in initiative that has the city excited to get onside with.

"We'll do anything we have to do to get ready for this event," Suthers said.