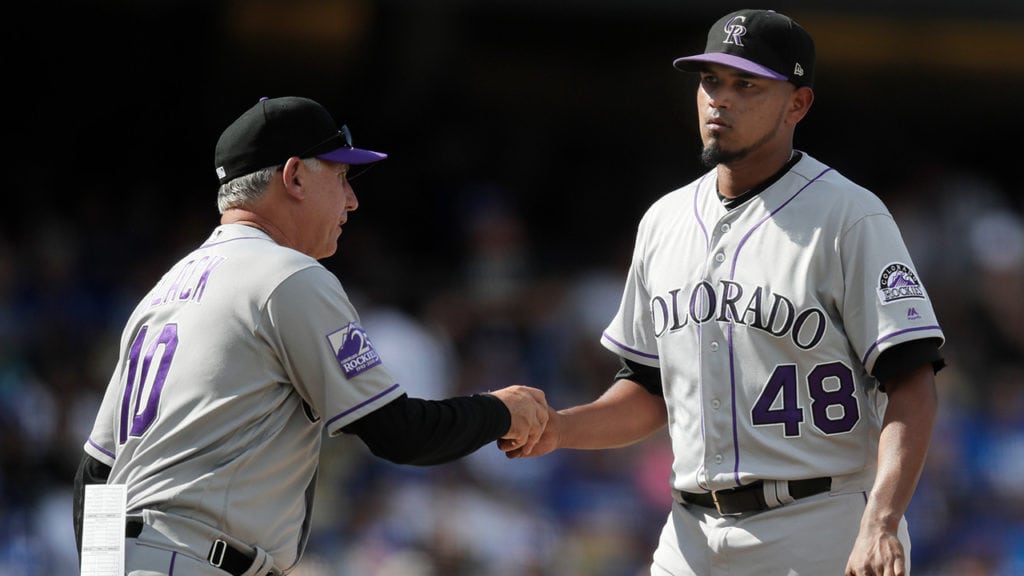 LOS ANGELES – The Rockies will be back in the NL Wild Card game for a second consecutive season after losing a disappointing tiebreaker game against the Dodgers 5-2 Monday afternoon.

Coming into the game, the Rockies had a chance to win the organization’s first-ever NL West title, but the Dodgers were able to continue their dominance over Colorado this season.

Dodgers starter Walker Buehler was masterful, only allowing one hit over 6 2/3 innings. He also added an RBI single.

Rockies starter German Marquez was not able to match Buehler’s start, surrendering 2 earned runs over 4 2/3 innings, taking the loss in the start. The Rockies were held to just four hits total over the entire game, one of which was a ninth-inning homer by Nolan Arenado.

The Rockies will play the Wild Card game on the road at Wrigley Field Wednesday against the Cubs, who lost their tiebreaker game against the Brewers 3-1 earlier on Monday.

Last season, the Rockies lost the NL Wild Card game 11-8 to the Arizona Diamondbacks at Chase Field in Arizona.

The Dodgers will host the first two games of the NLDS against the Atlanta Braves.