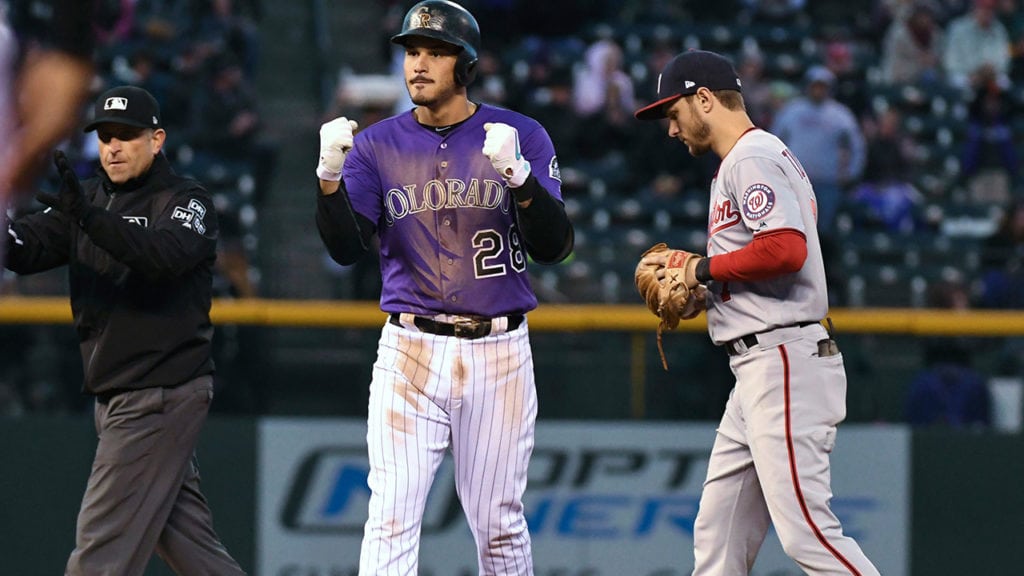 DENVER – In a run reminiscent of 2007, the Colorado Rockies have put it all together at the end of the season and are heading back to the postseason for a second straight season.

The Rockies beat the Washington Nationals 5-2 Friday night at Coors Field, securing at least a spot in the National League Wild Card game.

In order to win Colorado’s first NL West title, the team will need another win and a Dodgers loss to win the division. Two Dodgers losses would also mean the Rockies win the NL West.

The Rockies bats continued their power hitting streak, led by David Dahl, who hit his fifth home run in his last five games. All five Rockies runs came from home runs from home runs by Desmond (22), Blackmon (28) Iannetta (11) and Dahl (15).

The Dodgers are playing a three-game series in  San Francisco this weekend. The Rockies current lead over Los Angeles is two games.