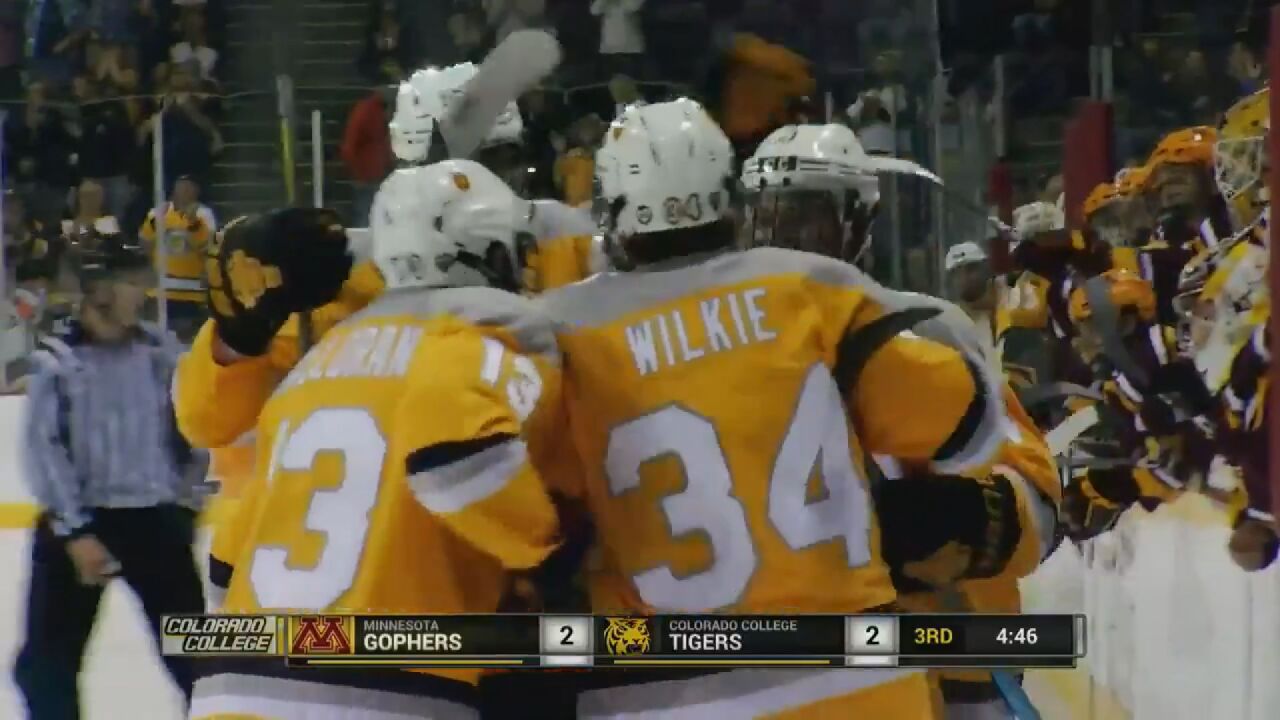 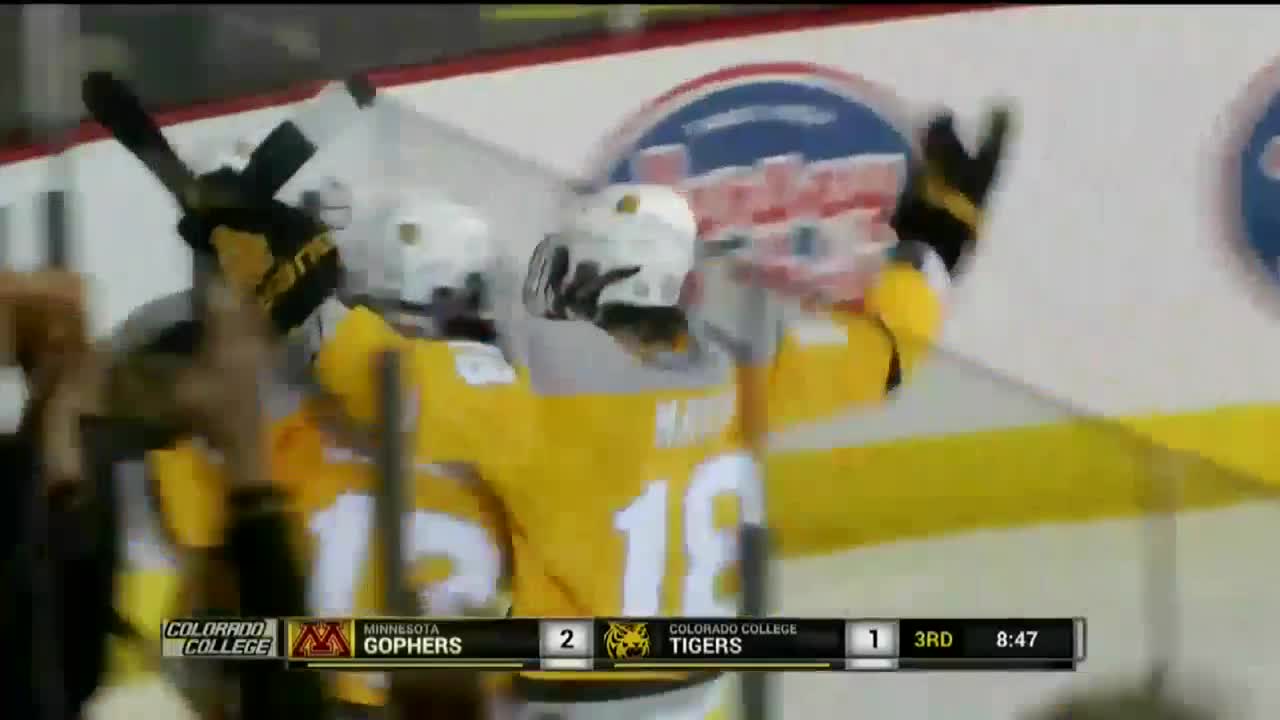 COLORADO SPRINGS — The Colorado College men's hockey team hosted the Minnesota Gophers for their first series of the season.

Tigers split the weekend, winning the first game, but dropping the second game to the Gophers.

Chris Wilkie, who collected five points in Colorado College’s split against Minnesota last weekend, was named the Bauer Co-Forward of the Week by the National Collegiate Hockey Conference. Wilkie shared the award with Gordie Green of Miami University.

For head coach Mike Haviland, he hopes to see the team have a better finish in their games, especially with a lead.