'This is my dream job': Karl Dorrell introduced as 27th football coach at University of Colorado 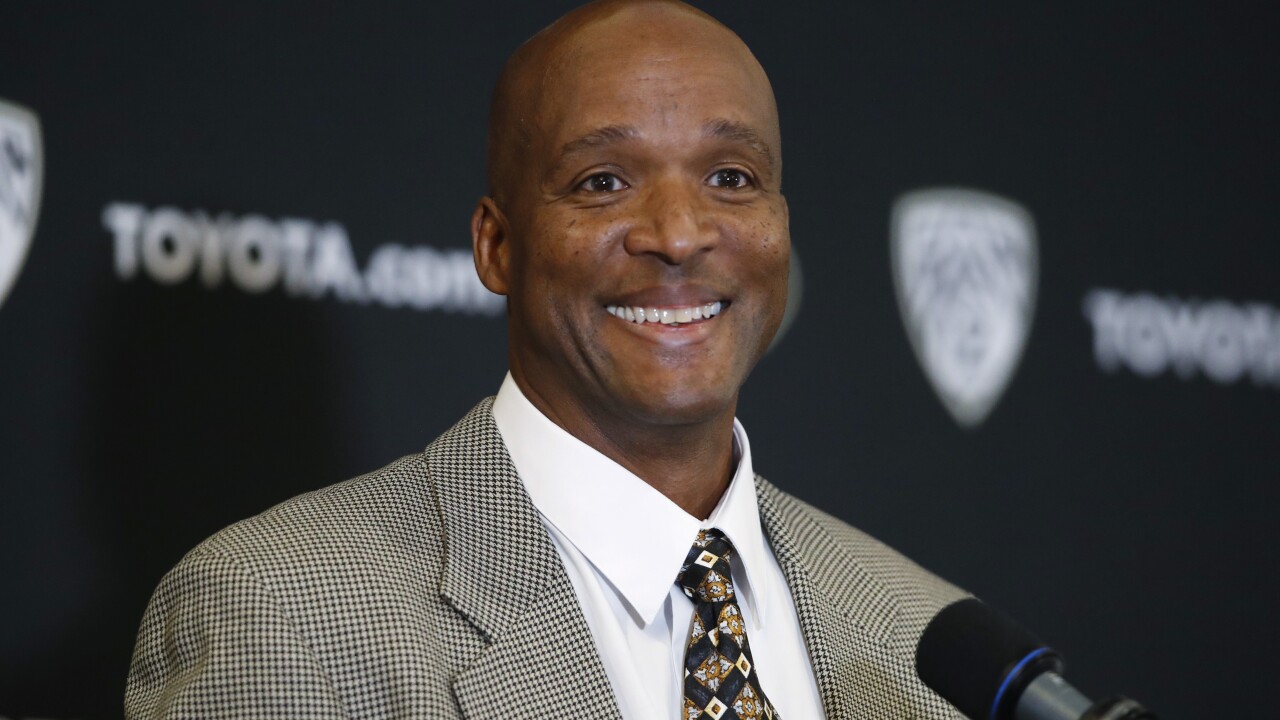 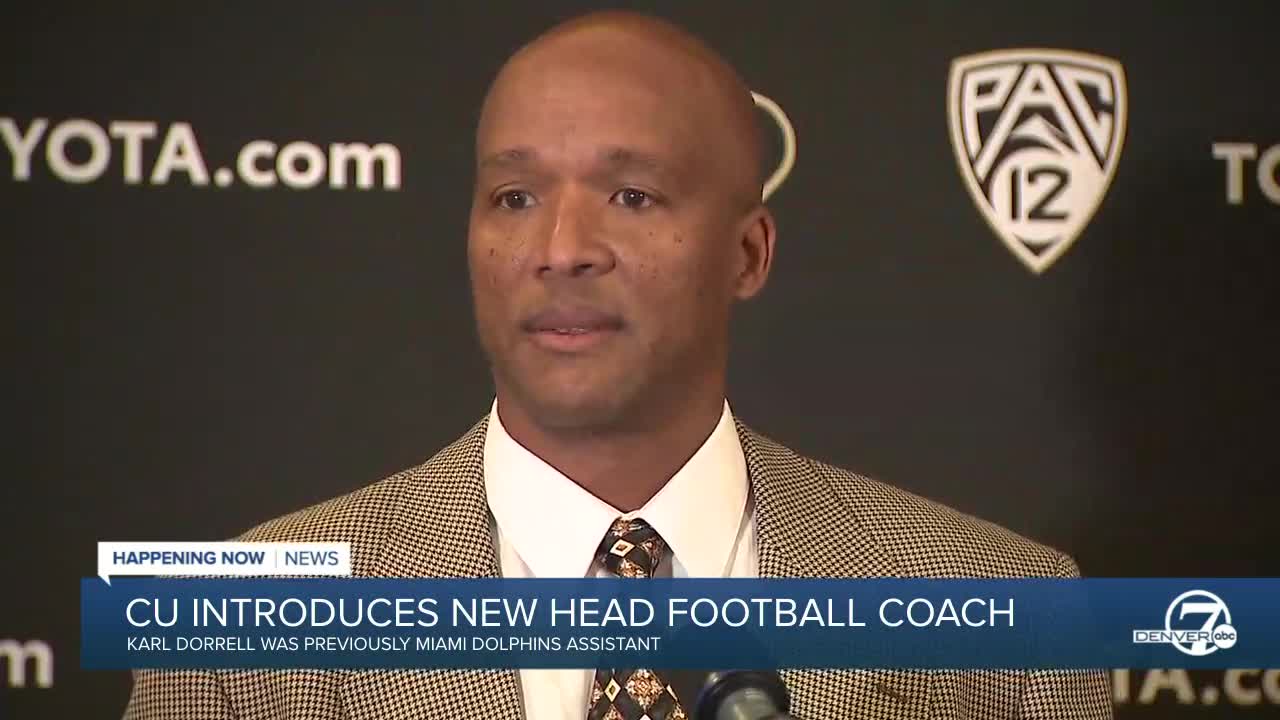 BOULDER, Colo. – Karl Dorrell said Monday at his introductory news conference that being named the head football coach at the University of Colorado is his “dream job” and pledged to develop his players both personally and professionally as he continues to try to build the program back into a national contender.

“My fondness for this university and getting a chance to be in this position would be the dream, and it came true,” said Dorrell, 56, who was formally announced as CU Boulder’s 27th football coach Monday in Boulder.

“I truly believe we found a coach who will lead this program to many great things,” said CU Athletic Director Rick George, who said that Dorrell shared many of the same values as he did about the program and the student-athletes.

Dorrell’s imminent hiring was first reported by Denver7’s Troy Renck on Saturday, and it followed a jarring couple of weeks for CU players and their supporters. Mel Tucker left quickly earlier this month after one year in Boulder for a job at Michigan State, and the university had been talking to several coaching candidates – including Steve Sarkisian, Eric Bieniemy, Bret Bielema and Troy Calhoun – and interim head coach Darren Chiaverini before they landed on Dorrell, who had recently been promoted within the Miami Dolphins organization.

Dorrell said Monday that he had been talking with his friend Bieniemy, among others, as they were under consideration but that he had thought about wanting the job despite his recent promotion to be an assistant head coach with the Dolphins.

“Everything aligned for me to be where I’m at right now today,” Dorrell said.

When CU called last Thursday, Dorrell had already been planning on coming back to his home in the Boulder area for a weekend with his family ahead of this week’s NFL combine, and agreed to meet with George and other university officials at his home once he returned.

He said new head Dolphins coach Brian Flores was excited to hear he’d been offered the job in the same area in which he lived, and he said receiving the job offer from the Buffs was “unbelievable.”

Dorrell said he would “work tireless hours” for the program and that fans, supporters and boosters were “going to get the very best of me – which is a very good football team.”

“This is my dream job,” Dorrell said. “You’ll get the best out of me and I’m sure it’s going to be reflected in the players that you see play on Saturdays.”

He said that he would bring his experience from coaching both in college and in the NFL to which kinds of coaches he hires and how he coaches his players. He said he wanted “teachers” as coaches – people who can work to develop student-athletes beyond the playing field. And he said that his work with the players would revolve around much more than football.

“You have to develop the player, but first, you have to care deeply about the person,” Dorrell said, adding that a championship team would have to be “confident, poised, close-knit and confident in the guy that is next to you” in order to become a top-tier team.

“Our staff has to be great teachers, first and foremost. The No. 1 asset at any university are the students within it,” Dorrell said. “We’re going to develop them to be the best person they can be, so we get the best player on the field.”

He said he met with the seniors on the team Sunday, before his introductory press conference and had met briefly with the current staff, though he said he had plans to meet with all staff and players individually in the coming days. But he said that he had no expectations that a rebuild was in order.

He praised the staff for “keeping the program moving forward in a strong direction even as this search was going on” and praised the recruiting class for next year put together by Tucker and his staff. He said that he would continue to recruit in Colorado and in the West, as well as in Texas, Louisiana and, possibly, Florida.

Dorrell said he would be interviewing the coaches who have come “highly recommended” and that he would need to work quickly to build his new staff, with spring ball starting soon, but that he wanted to build a coaching staff for the long-run and not the short-term.

He said that despite being an offensive coach in recent years, he wanted the Buffs’ defense to be the cornerstone of the team, as often were the defenses of CU’s best teams in the ‘90s. He said a good defense and special teams would be the key to having an open and productive offense, which he said would be balanced.

“We want to be balanced, have a run threat, but we’re going to be able to throw the ball as well as anybody,” Dorrell said.

Per Troy Renck’s reporting, George has proposed that CU's Board of Regents approve a five-year deal for Dorrell worth $18 million, in which the first-year salary would be $3.2 million and then increase by $200,000 annually, not including additional compensation for any of several incentives in the contract that are met. He is also proposing a salary pool of $3.8 million for the assistant coaches, which is an increase from $3.155 million for the previous staff. The Regents must approve Dorrell's contract, which campus leaders will present for their consideration at a meeting in the near future.

CU Chancellor Philip DiStefano said he hoped Dorrell would stay for 30 years. Dorrell, after recently building a new home in the Boulder area, said he was glad he’d be able to spend more time – noting that the beauty and wonder of the area is what drew him in nearly 30 years ago in his first stint at CU.