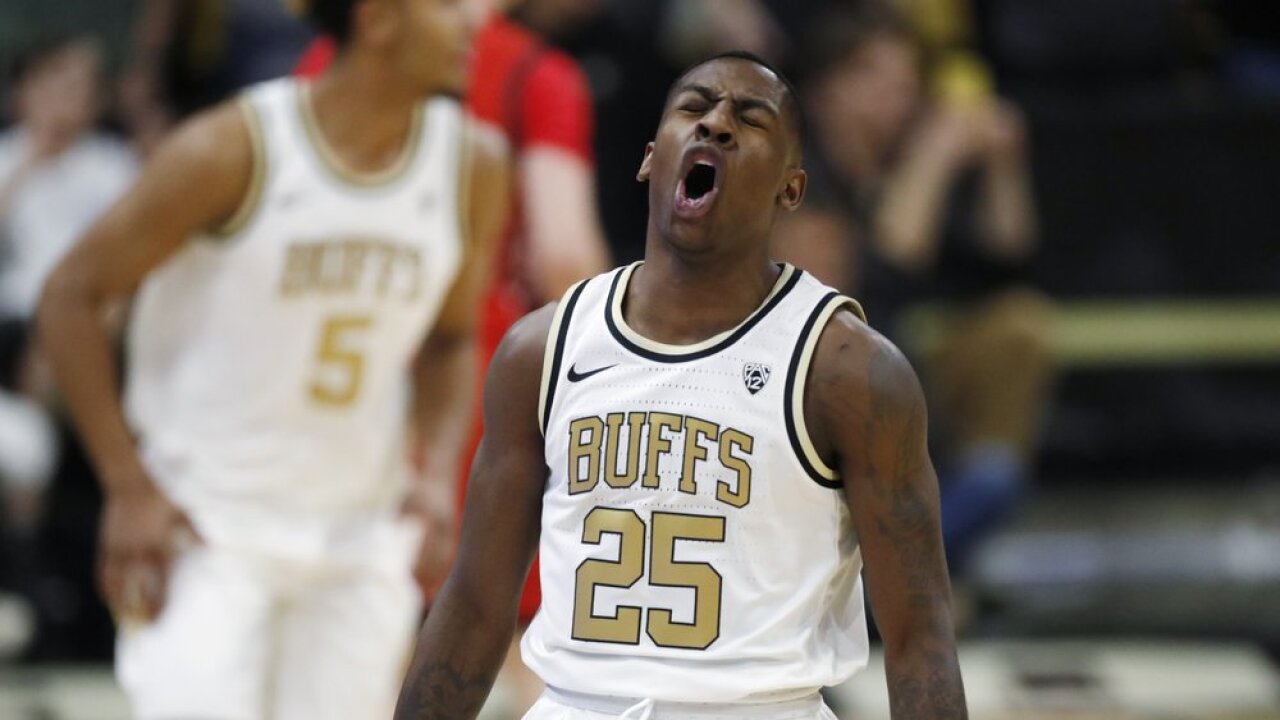 BOULDER — The Colorado men's basketball team got some big news this past week.

Senior guard McKinley Wright IV announced via Twitter that he would return to Boulder for his senior year after entering his name into the 2020 NBA draft.

He was named second-team All-Pac-12 as a freshman, then first-team in his sophomore and junior campaigns.

According to head coach Tad Boyle, he believes Wright may be the front-runner for Pac-12 Player of the Year in 2020-21.

The Buffs have a slew of veterans leaders heading into this season including Wright and Sand Creek alum D’Shawn Schwartz, as well as junior center Evan Battey.

CU will also rely on transfer Jeriah Horne and Vanguard alum Dominique Clifford to replace forward Tyler Bey, who departed for the NBA early in the draft process.