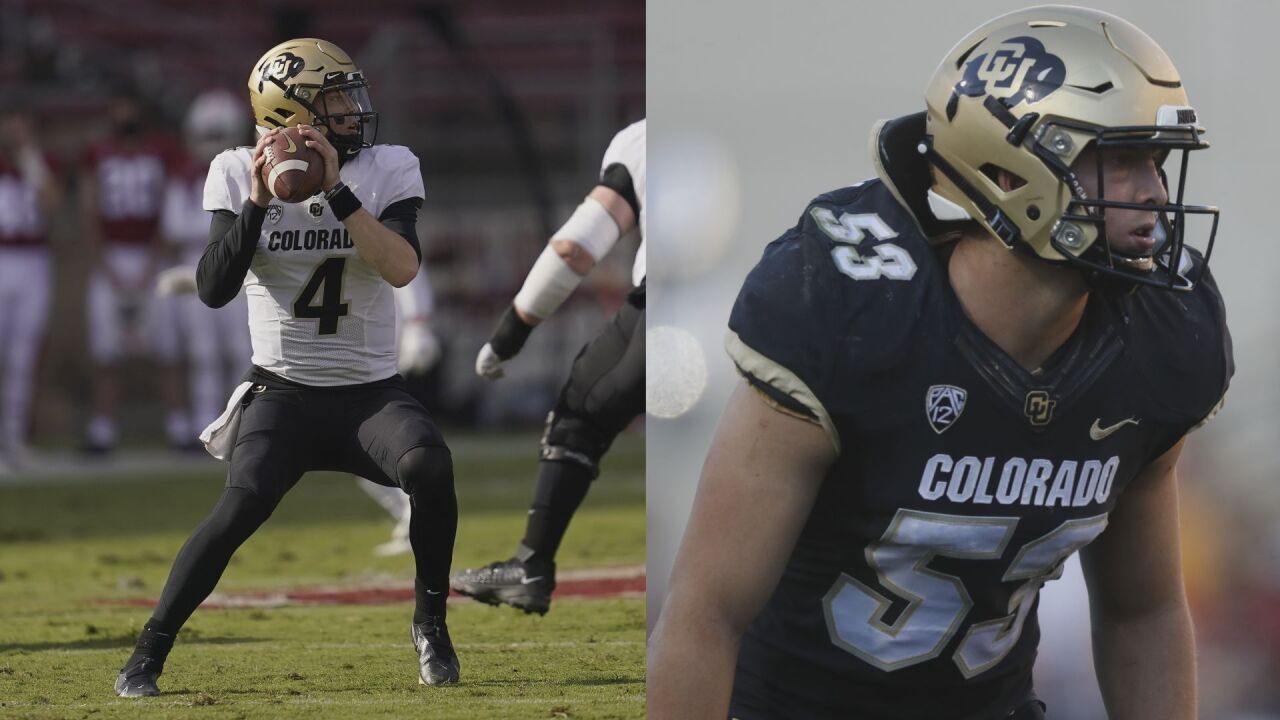 BOULDER — After their second win of the season, to move to 2-0, the Colorado Buffalo football team is starting to get some recognition.

This is the eighth time in school history that Colorado has received both the offensive and defensive honors in the same week.

Noyer completed 15-of-24 passes for 255 yards and two touchdowns in the 35-32 road win at Stanford. In addition, the senior rushed eight times for 36 yards and another two scores

Landman recorded 17 tackles (14 solo) to lead the Buffs on defense.

CU's upcoming game against Arizona State has been canceled due to COVID-19 concerns and will not be rescheduled.