Defense has been gashed in run game, points allowed 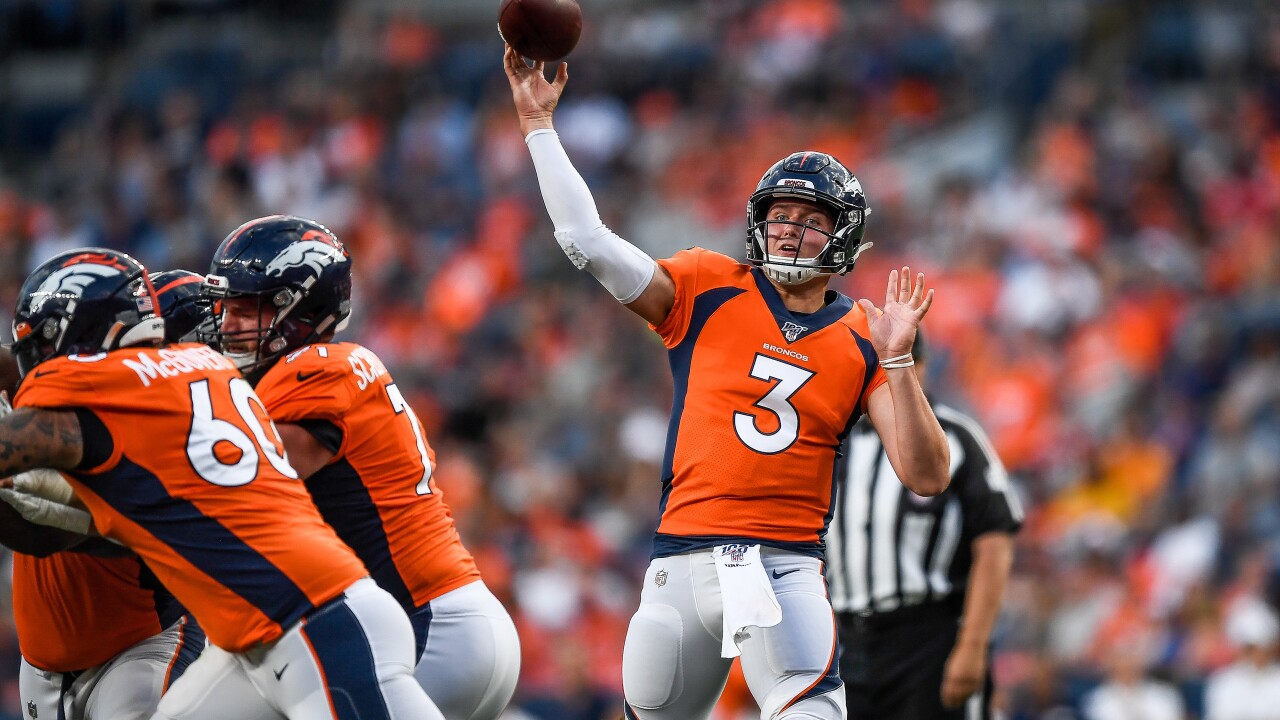 Coach Vic Fangio decided he needed someone with more experience than first-time playcaller Rich Scangarello. It wasn't smooth in 2019 — Joe Flacco called out the coaches after the ultra-conservative decisions in the loss to the Colts, and Fangio volunteered that he overruled Scangarello in throwing deep against the Chargers that set up a winning field goal.

However, the Broncos won four of their final five games, and Drew Lock looked competent, if not promising.

Shurmur boasted 21 seasons of NFL experience, the last 11 as a head coach or offensive coordinator. And he featured an offense that ranked near the top in deep passing strikes.

For Fangio, it represented a calculated gamble. The Broncos required a boost to contend after averaging 16.6 points per game.

The results have been alarming.

Not only are the Broncos not better, they are worse, so careless with the football that it has pulled the defense into the quicksand. When comparing the stats after nine games from last season to this season, it explains why Fangio is facing the biggest crisis of his tenure.

The Broncos own the same record as a year ago at 3-6, but they have bottomed out in critical offensive numbers, and their vision of Lock as the quarterback of the future becomes murkier with each injury and interception. (His status for Sunday remains in doubt because of a strained oblique and sore ribs).

Let's dive into the numbers.

NFL teams send out a weekly press packet in advance of each game, providing a tale of the tape between the opposing teams. In the Broncos' case, it can be used to line up the past two seasons after nine games:

One stat jumps off the page. The Broncos have gone from one of the best teams in protecting the ball to the worst. It is a reflection of using three quarterbacks in nine games. But it also an indictment on the coordinator, quarterbacks, and scheme. No one escapes blame when you rank last.

Injuries are a factor. Losing Courtland Sutton after just three catches to a season-ending ACL tear continues to reverberate. And Ja'Wuan James opting out has created issues at right tackle. However, this type of freefall was not expected, even with the lack of OTAs and preseason games.

Every team was in the same situation, so it rings hollow.

Through nine weeks, the Broncos acquired four more points per game and 28 additional passing yards for 11 extra interceptions. It has doomed them. Denver ranks 31st in turnover margin. The Broncos give away the football, but opponents do not re-gift it. I asked Fangio about protecting the football, something he addressed with the players on Wednesday.

"The Dolphins excel in that area, taking it away on defense. This will be a very important week for us to take care of the ball," Fangio said. "As you alluded to, we haven't done a good job of that in several games this season and it has come back to hurt us."

It has dragged down the defense. The Broncos have allowed at least 30 points in four straight games for the first time since 1968. They have had some forgettable moments. But the giveaways have left them with no elasticity. They have broken under the strain of injuries and chunk plays.

The chart tells the story. The Broncos are allowing 10 more points per game, 51 more total yards, while getting gashed on the ground in recent weeks. Losing Jurrell Casey, Mike Purcell, and possibly Von Miller, for the season has been catastrophic. Throw in lengthy absences for cornerback A.J. Bouye and defensive end Shelby Harris (he will miss his third straight game this week), and this group is a shell of last year's defense.

The only way out would be takeaways. Those are hard to produce when trailing by double digits as teams become risk averse or grind the clock through the ground game.

Over the final seven games last season, the Broncos improved, and created hope with Lock's performance. Perhaps Brett Rypien can provide a spark, but he does not represent the future.

For these last seven games to change the narrative, it will take a team-wide spike in performance or face the consequences of a massive disappointment.