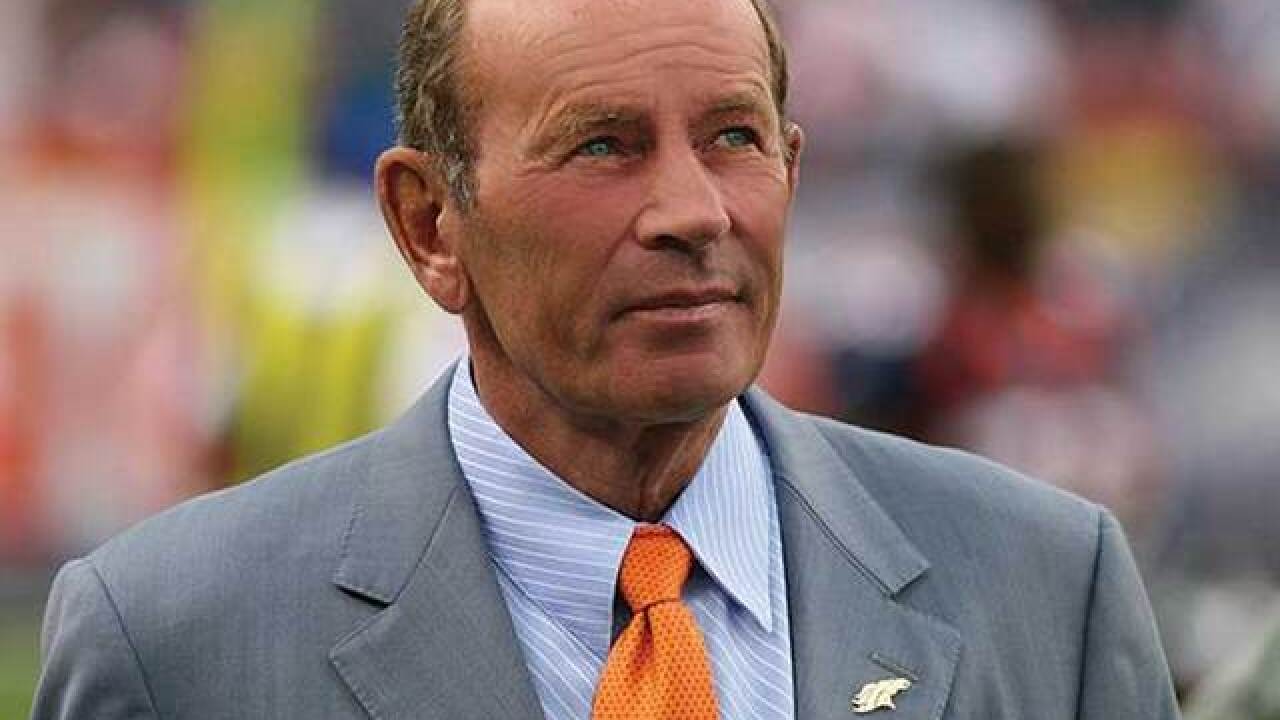 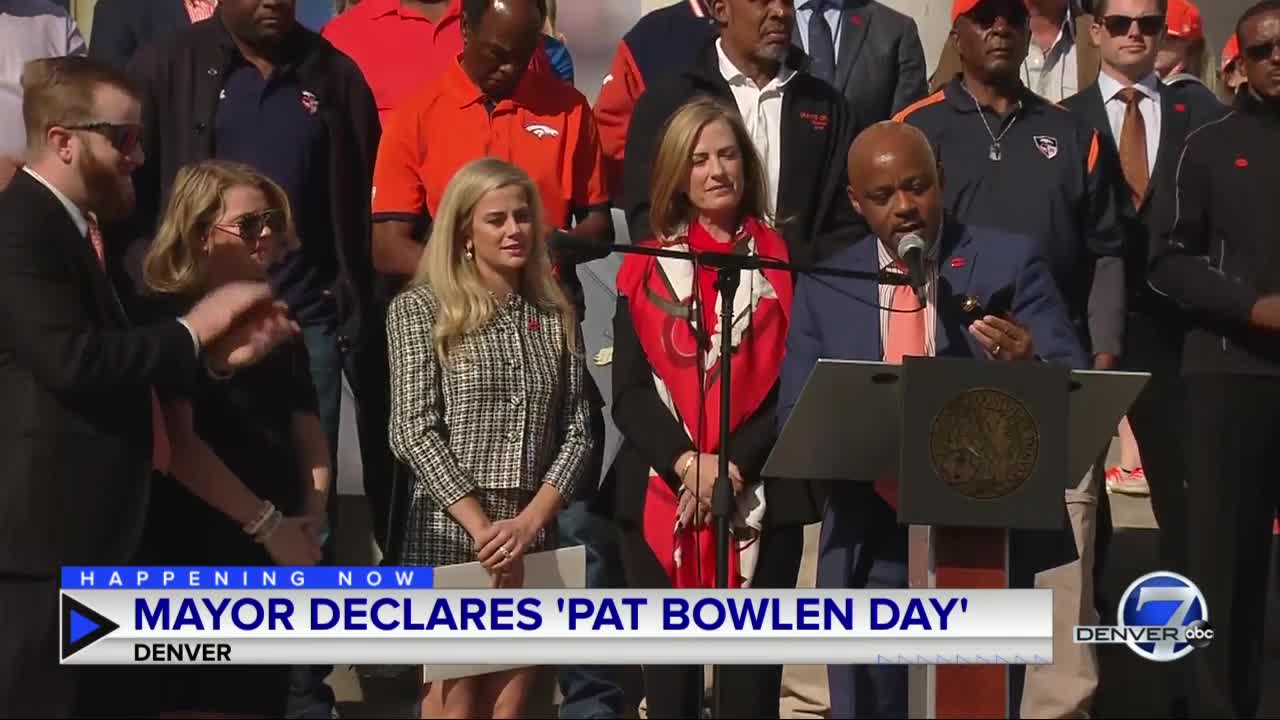 DENVER – Wednesday is officially Pat Bowlen Day in Denver – and there are celebrations of the late Denver Broncos owner in store throughout the day ahead of the team’s weekend celebration of his induction into the Pro Football Hall of Fame.

Hancock presented the team with the Mayor’s Gold Challenge Coin in honor of Bowlen and raise the Broncos flag over the City and County Building. Bannock Street near downtown was temporarily renamed Pat Bowlen Way. The late owner died in June after a long bout with Alzheimer’s disease.

This weekend will be the “Fantennial Weekend” celebrating 100 years of NFL football. On Sunday’s home game against the Titans, the Broncos will celebrate the induction of Bowlen and cornerback Champ Bailey into the Hall of Fame .

Bailey will also be inducted to the Broncos Ring of Fame on Sunday.