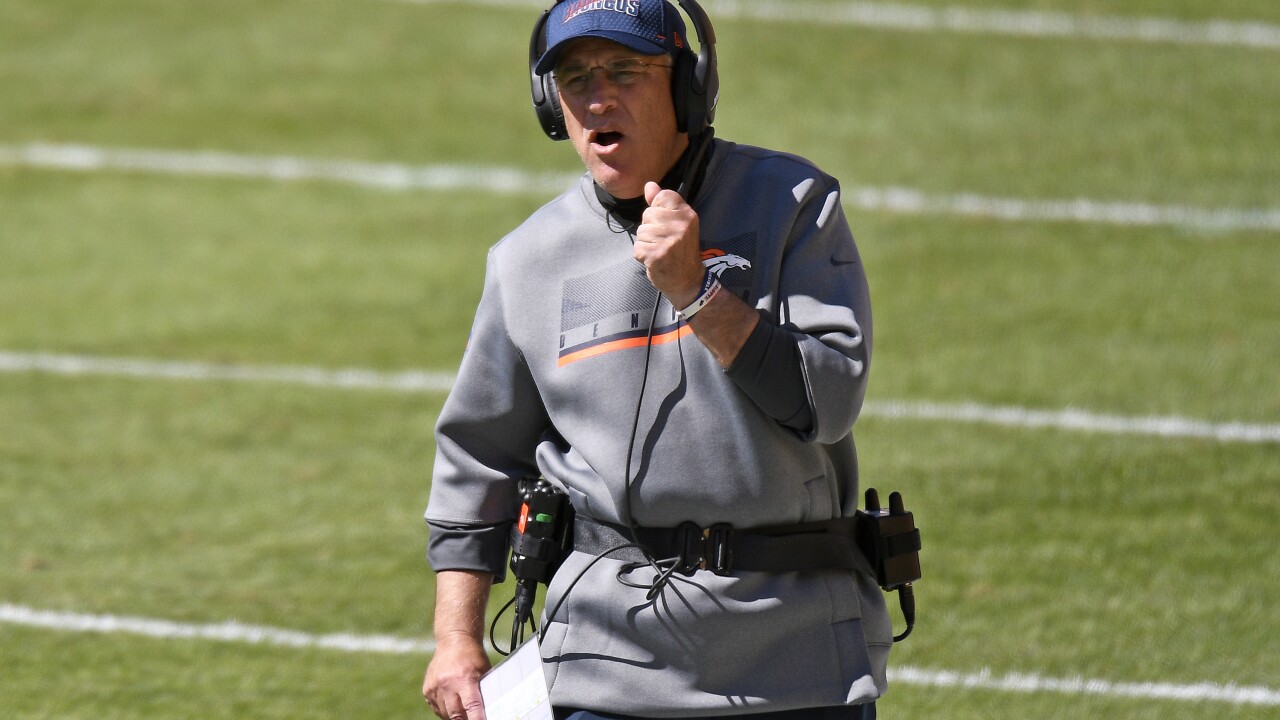 DENVER -- The NFL showed its teeth with its policy on face coverings in the bench area Monday night, fining three teams more $1 million for violations.

According to multiple reports, including The Washington Post, the Broncos' Vic Fangio was docked $100,000 and the team fined $250K for the coach not wearing his mask during Sunday's loss to the Pittsburgh Steelers. Seattle coach Pete Carroll and San Francisco boss Kyle Shanahan were also fined the same amount, and penalties remain possible for the Raiders' Jon Gruden and the Saints' Sean Payton, whose teams faced off in the Monday night game.

Following the opening week, the NFL warned teams and coaches about the mask-wearing protocols. Disciplinary action was promised for violators.

Fangio had a mask on during Sunday's game, but repeatedly removed it when calling defensive signals as the team's coordinator. For violating the directive, the Broncos, Seahawks and 49ers were fined a total of $1.05 million.

The Broncos could not be reached for immediate comment.

It’s a season of big sports events airing this fall on Denver7. Check out our upcoming schedule: