Cites health of family for stepping away 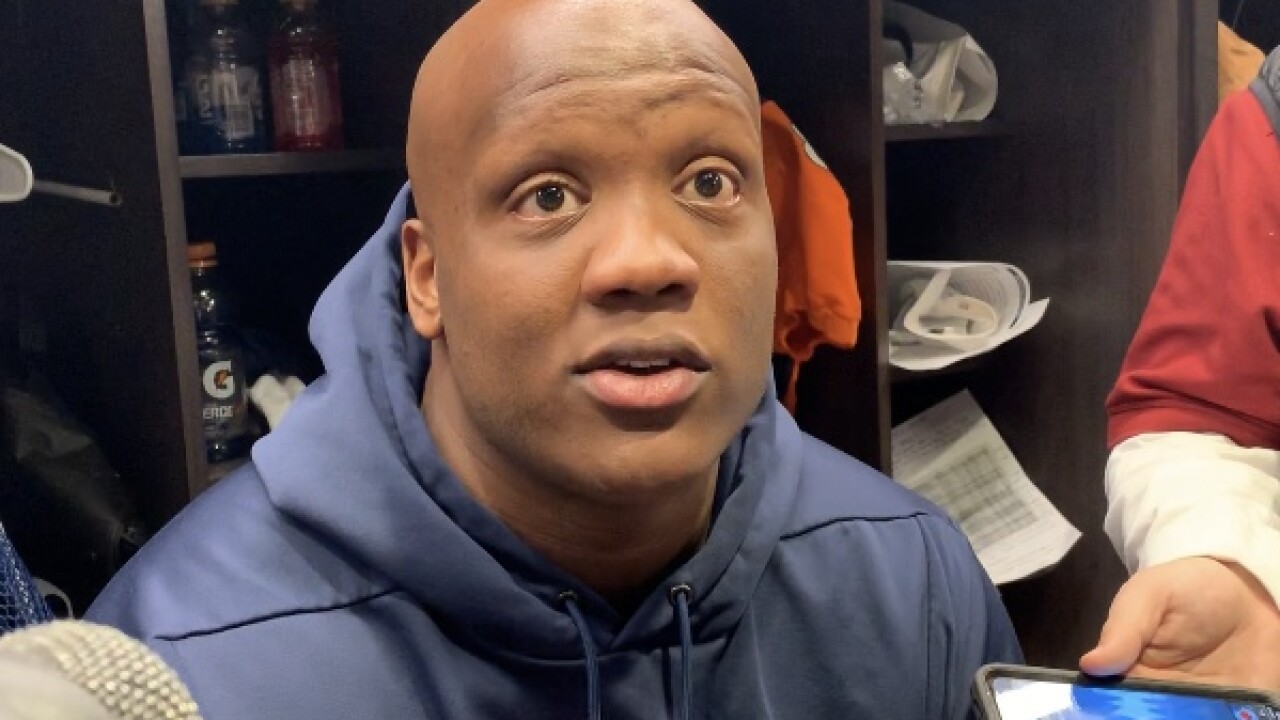 James aimed to rebound following a lost first season in Denver, when he played 63 snaps over three games after injuring the MCL in his left knee on opening night.

The veteran posted his reason for stepping away on Twitter, saying he mulled it for a couple of weeks.

take care of you & yours pic.twitter.com/tgA5LwkrcM

"It's tough, but the right decision," James said, in part. "There's just too much unknown about this virus & about plans handling it going forward. My wife & I were blessed with our newborn son on May 22 & he's now my top priority. Although I worked all offseason & invested in my body to bounce back & have a great year on the field, it's just not worth risking the health of my loved ones. I've seen this virus already hospitalize one of my family members & hope not to have that happen again."

James thanked his teammates for their support, and said he was praying for the safety of those players who will continue forward. Nothing has gone as expected for James since he signed the second richest contract ever for a right tackle, a four-year, $51 million deal with $32 million guaranteed.

He brought talent and unique athleticism to the position. However, James suffered a calf injury in training camp and then hurt his knee on the infield at the Oakland Coliseum on Sept. 9. James returned to play against the Colts on Oct. 27, but told Denver7 before the game he was struggling to trust his knee. He experienced a setback and did not play again until the first half against Houston on Dec. 8.

During that time, coach Vic Fangio and James were not on the same page about his knee, with Fangio saying multiple times James was cleared to play. James met with Fangio and general manager John Elway at season's end and the sides cleared the air as James' future seemed uncertain.

James did not require offseason surgery, and based on what teammates told Denver7, he appeared strong entering training camp. James addressed his difficult start in Denver.

"To the Denver community, these first two years weren't what I expected them to be when arriving here. I know you don't know me well & a false narrative was painted of me last year due to comments made about injury, but I am invested in this city and my team. I look forward to the future we have here, but in the same breath, I'm even more invested in my family."

James received $17 million in guaranteed money last year and was due to make $10 million guaranteed this season. That amount now moves to 2021. James joins reserve defensive tackle Kyle Peko as Broncos who have opted out.

With James out, Elijah Wilkinson projects as the likely starter at right tackle where he played for James a year ago. Wilkinson brings experience, but is coming off offseason foot surgery that landed him on the PUP list. The Broncos are hopeful he will be able to practice when the team puts pads on in the middle of the month. Wilkinson struggled at times as a starter after showing huge potential the previous season at guard and tackle.

It would not be a surprise if the Broncos added another tackle for depth. Wilkinson was pegged to challenge Garett Bolles for the left tackle job. The current tackles on the roster are Calvin Anderson, Jake Rodgers, Quinn Bailey and Hunter Watts.