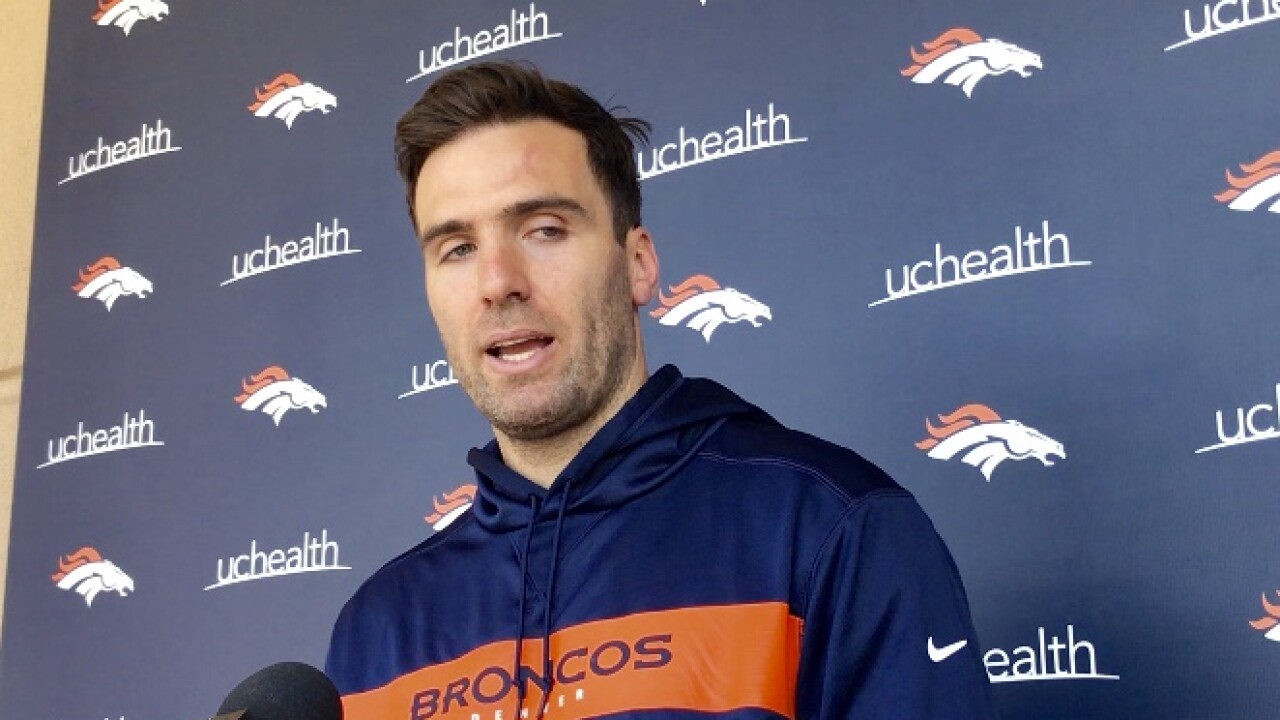 DENVER -- A year ago, the Broncos viewed Joe Flacco as the veteran who could revive their sagging offense. Instead, Flacco fell into the abyss, immobile, injured and unsuccessful in eight starts. His time unofficially ended in Denver when he herniated a disc in his neck against the Colts as the Broncos sank to 2-6.

It officially ended Thursday as general manager John Elway informed Flacco the team was releasing him with a failed physical designation. The Broncos will save $10.5 million in salary cap space immediately.

The Broncos along with Flacco wanted to believe he was still in his prime at 34 last season. It didn't work out that way as the former Super Bowl MVP ranked in the top five in most sacked, finishing with six touchdowns and five interceptions. In his last game, Flacco ripped the playcalling as too conservative, saying the team's was playing to lose in the fourth quarter. Flacco's neck issue landed him on the injured reserve. He remained a good teammate with Drew Lock and Brandon Allen praising Flacco for his work in the quarterback meetings over the final eight games.

Denver addressed its backup quarterback spot earlier this week by agreeing to a two-year, $5 million deal with Jeff Driskel . Like Drew Lock, Driskel is a mobile quarterback.