Broncos place Joe Flacco on injured reserve, might not play another snap for Denver 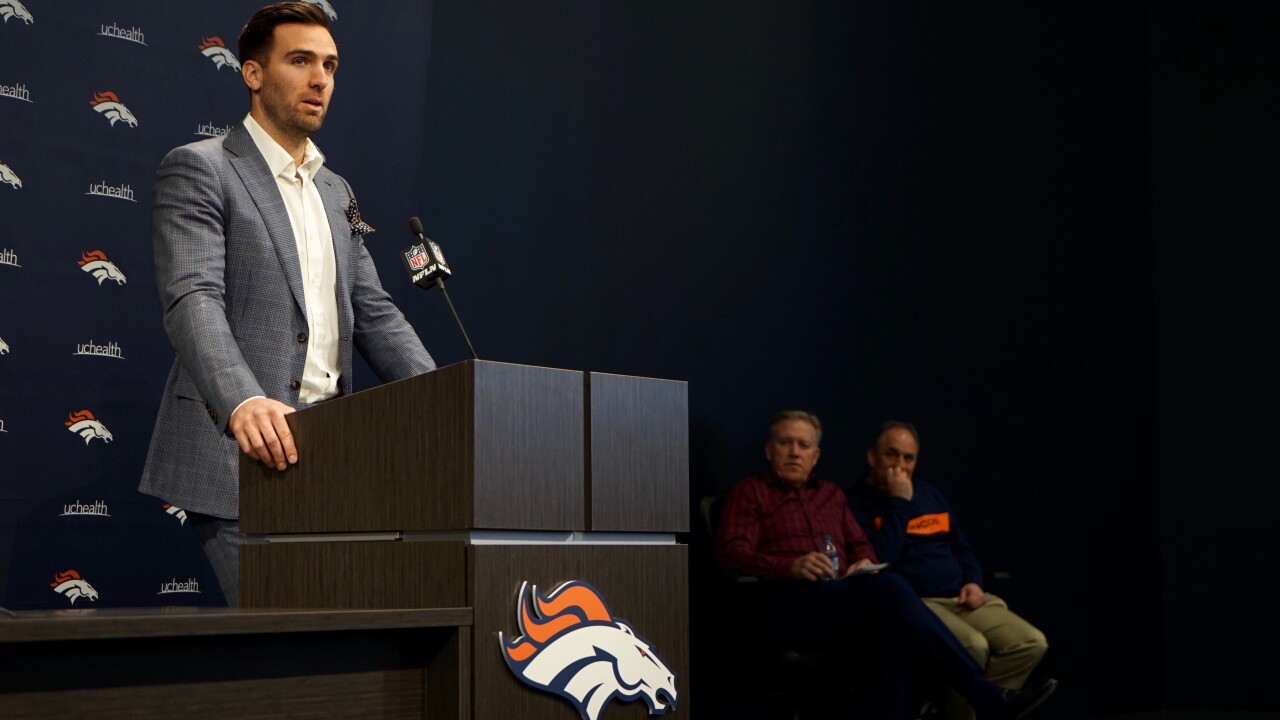 Joe Flacco's first and possibly last year in Denver ended not with the postseason, but a transaction. The Broncos will place Flacco on the injured reserve, per sources, as expected, with a herniated disc in his neck that figured to sideline him six weeks. Given the significant injury and the team's 2-6 record, the plan crystallized to move on from Flacco this season. Brandon Allen will take his first NFL snap on Sunday against the Browns, with Brett Rypien promoted from the practice squad to serve as his backup.

"He was facing six weeks without any activity, then two weeks of rehab," said coach Vic Fangio said of the decision, "so you can do the math."

For Flacco, it marks the end of a difficult week. The Broncos lost a heartbreaker Sunday as the Colts smashed him repeatedly. Afterward, Flacco called out offensive coordinator Rich Scangarello and, by proxy Fangio, for the conservative play-calling that left the team "afraid to lose." Monday, Fangio revealed Flacco's injury. It created speculation that he had a pain in his neck and had become a pain in the neck to the Broncos. That was not the case. Flacco is hurt, and facing a lengthy absence making it easier for the team to make the IR decision. Flacco has looked uncomfortable behind a struggling offensive line. He has been sacked 26 times, fourth most in the NFL.

It is now fair to wonder if Flacco will ever play another snap for the Broncos. He will be 35 next season, and posted six touchdowns and five interceptions, projecting to 12 and 10 over a full schedule. That's not what the Broncos had in mind when they acquired Flacco to replace the underwhelming Case Keenum.

The Broncos reworked Flacco's contract in September to clear money to invest in other players -- they signed fullback Andy Janovich to an extension and have talked with Justin Simmons' agent about a new deal. The Broncos would face a $13.6 million dead cap hit if they cut Flacco, but they would save more than $20 million with his salary coming off the books. As such, there's no guarantee he returns.

Allen represents the Broncos' sixth starter since Peyton Manning retired after Super Bowl 50. Only Trevor Siemian, at 13-11, has a winning record among the group. Allen is embracing the opportunity after spending four years bouncing between practice squads and the waiver wire. Eventually, Drew Lock will become part of the equation if all goes as planned.

Fangio said what people are missing is that if Lock practiced this week it would start his 21-day IR clock before a decision is required. And the Broncos are not practicing next week during bye, meaning it would be a wasted week. As it stands, the Broncos are expected to practice Lock before the Minnesota game, leaving him in line to possibly start on Dec. 1 against the Chargers at home. It is a fluid situation. But not to fans. There's no question that a growing number want to see the rookie play before the season ends to get a read on his potential before entering next year's quarterback-rich draft.

Footnotes
The Broncos also placed linebacker Corey Nelson (biceps) on the IR and called up Josh Watson from the practice squad. The former Colorado State star will play on all special teams this week. ... Ju'Wuan James (knee) and Jeff Heuerman (knee) were ruled out for Sunday's game.