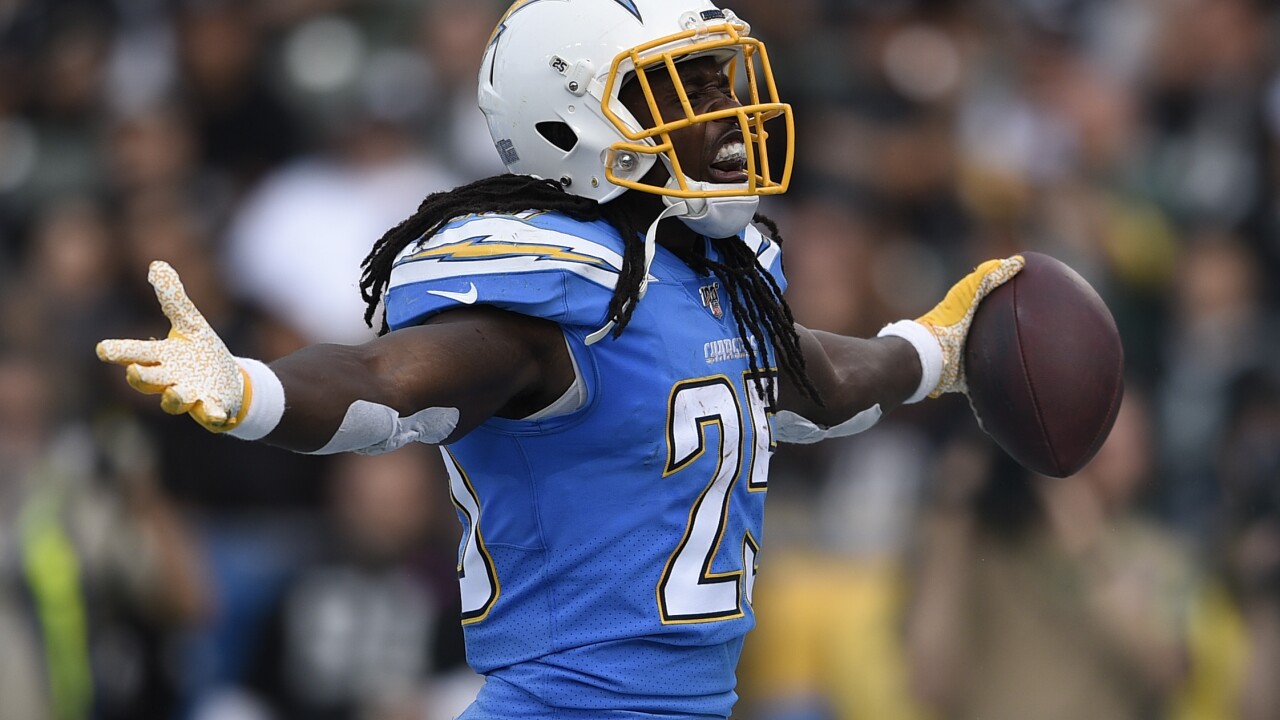 DENVER — The Broncos don't hide from the truth. Their offense has not been good enough to reach the playoffs.

Denver averaged 17 points per game last season, and few teams were worse in the second half of games. A postseason berth hinges on providing reinforcements for quarterback Drew Lock. The Broncos are close to making another move in that direction, pushing to sign free agent running back Melvin Gordon on a two-year, $16 million deal with $13.5 million guaranteed, per sources.

The contract creates a bit of a low-risk, high-reward for the Broncos after the two-time Pro Bowler found a tepid market following a disappointing 2019 season. But they needed help after ranking 20th in rushing last season at 103.9 yards per game.

Gordon miscalculated on a holdout, reported after the season started and never gained his fulltime job back as former Eaton High School star Austin Ekeler emerged as a dynamic weapon. Ekeler, an undrafted free agent, rushed for 557 yards and caught 92 passes for 993 yards. The 24-year-old from Western State College received a four-year, $24.5 million contract with $15 million guaranteed earlier this month, signaling the end of Gordon's time with the Chargers.

Gordon, who turns 27 on April 13, is a familiar name, having starred for the Chargers. Over the past four seasons, he has scored 47 overall touchdowns, showing a nose for the end zone in short yardage situations and the versatility in the passing game. The Broncos entered the offseason looking to add a big back to pair with Phillip Lindsay, who has delivered back-to-back 1,000-yard seasons to start his career. Royce Freeman has not panned out, showing flashes, but little else during his first two seasons.

Per @NextGenStats, Gordon brings unique talent against eight defenders in the box. He ranks second in yards per carry (4.8), touchdowns (11) and runs of 10-plus yards in these situations.

At 6-foot-1, 215-pounds, he is a physical runner who had his best season in 2018, averaging 5.1 yards per carry. He slumped to 3.8 yards last season, but delivered eight touchdowns. New offensive coordinator Pat Shurmur employs his backs in multiple ways, and Gordon is an established receiver. He has averaged 50 catches over the last three years with nine scores.

Lindsay promised to improve in that area this offseason, able to work on his catching without rehabbing an injury. Lindsay. who goes 5-foot-8, 190 pounds, has 70 career catches with one touchdown.

Stephen Watson of WISN 12 New in Milwaukee was first to report the signing.