Broncos Chubb out for season with torn ACL 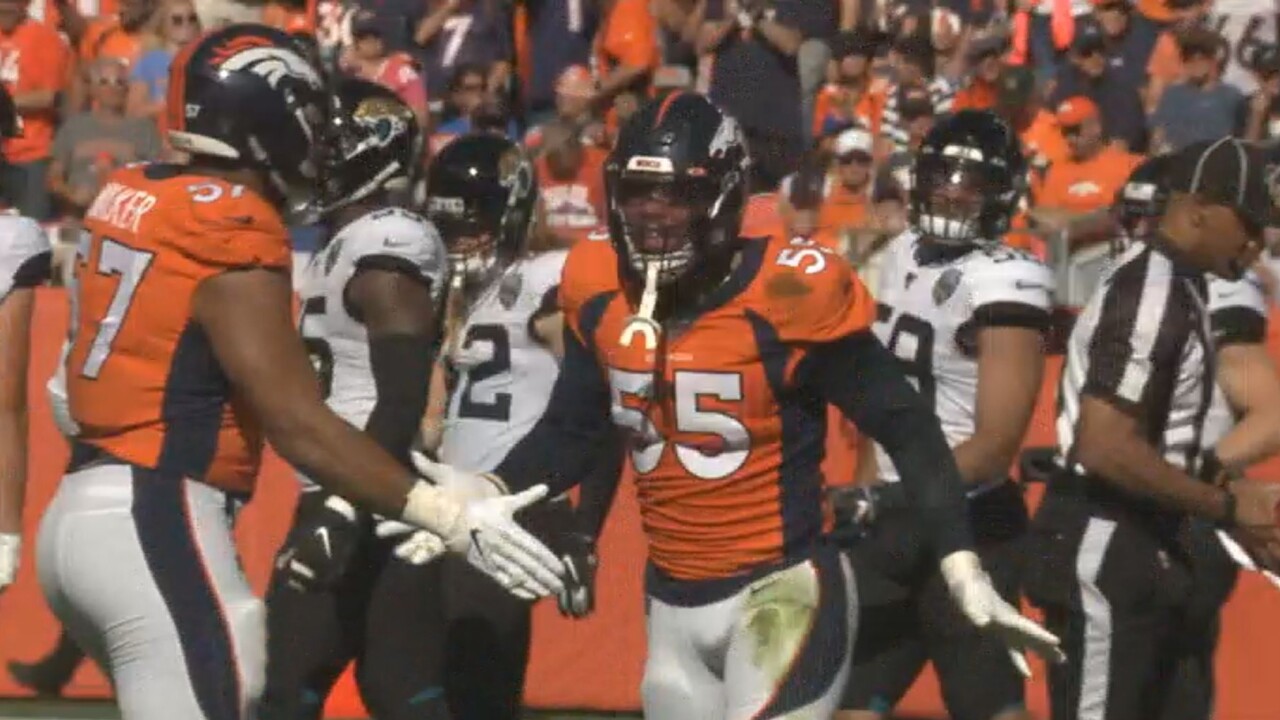 Copyright 2019 Scripps Media, Inc. All rights reserved. This material may not be published, broadcast, rewritten, or redistributed.
Star linebacker will miss the remainder of the season after suffering the injury in the team&#39;s 26-24 loss to Jacksonville.

DOVE VALLEY — The Denver Broncos not only lost their fourth game of the season Sunday, but they also lost one of the major stars of their defense.

Second-year star linebacker Bradley Chubb will miss the rest of the season with a torn ACL suffered in the 26-24 loss to the Jaguars.

Chubb recorded seven tackles, a sack and a forced fumble while playing a majority of the second half of the game.

On the season, the former fifth overall pick compiled 21 tackles, a sack and a forced fumble through the team's first four games.

Head Coach Vic Fangio confirmed Chubb will need surgery and called it "a huge loss" for a player that is considered a "major tempo setter" on the defensive side of the football.