Breaking down the opener with Broncos Insider Troy Renck 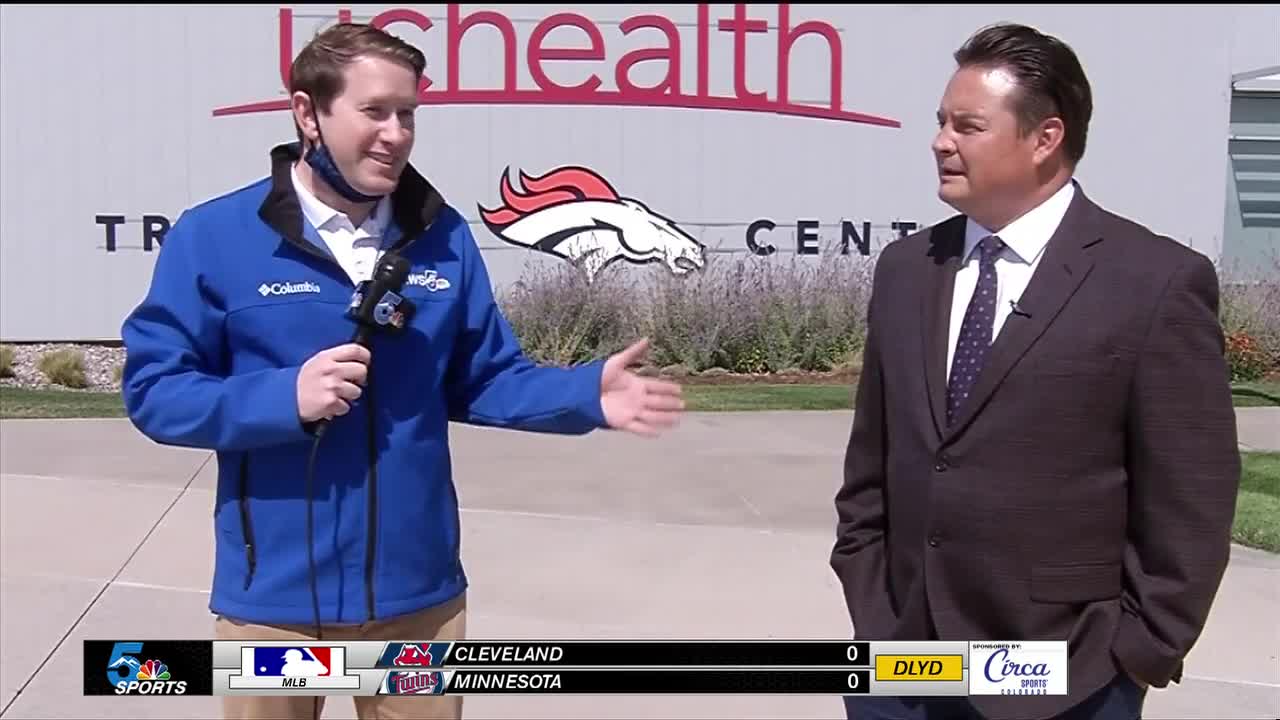 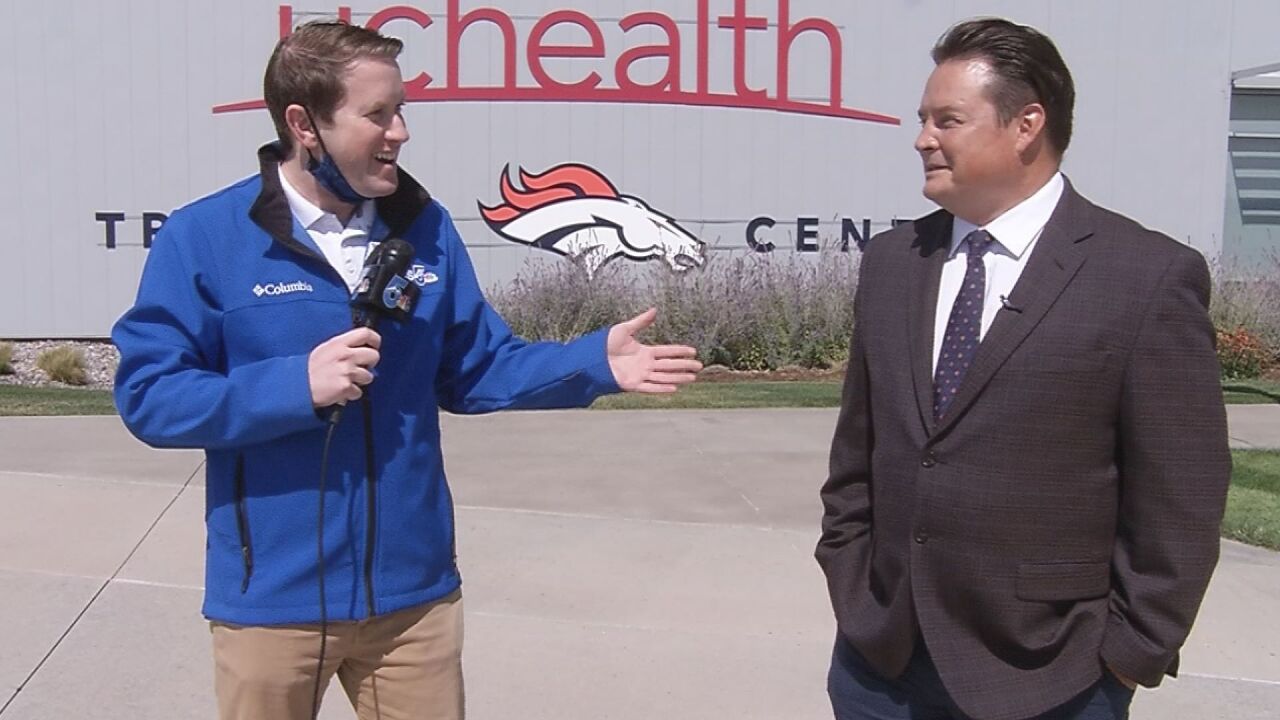 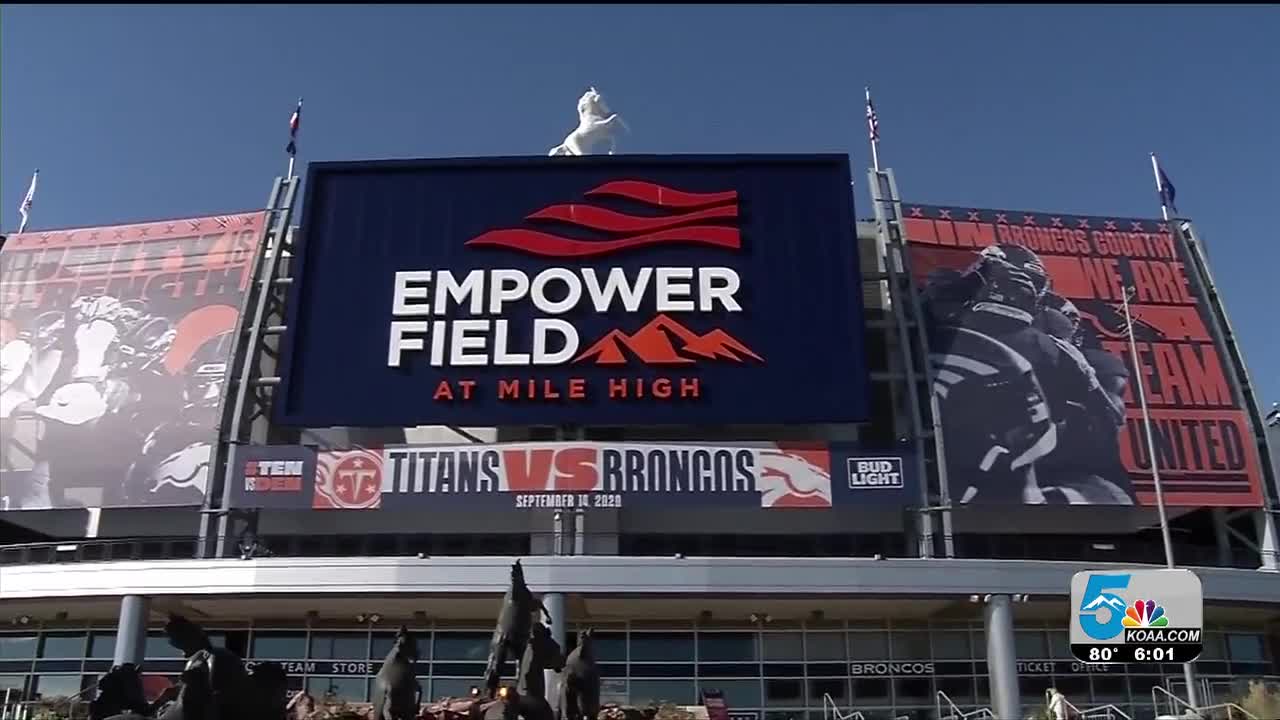 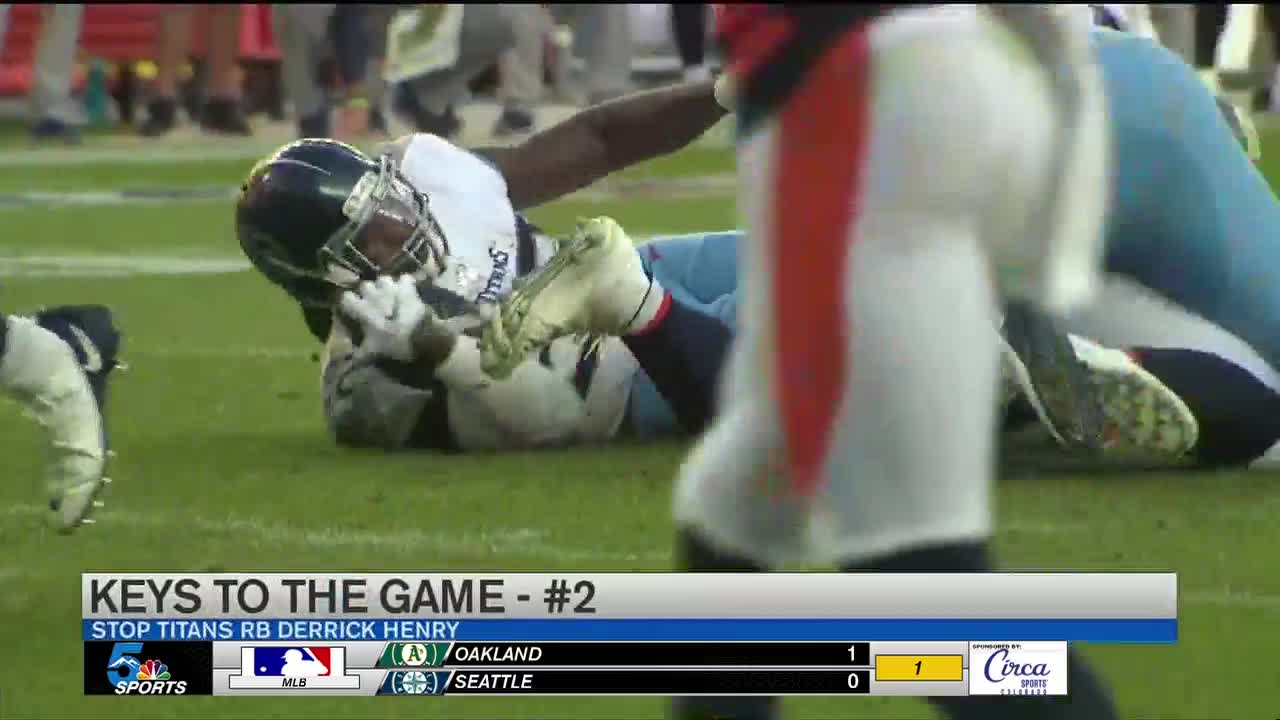 DOVE VALLEY — The Denver Broncos continued their preparation Friday for their season opener against the Tennessee Titans on Monday Night Football.

The topics included the team's defensive mindset after losing star linebacker Von Miller and what type of improvement Denver's offense could see after several new additions and the return of second-year quarterback Drew Lock.

There will be no fans at tonight's game. To simulate the environment, teams are permitted to run pre-recorded crowd noise made available by the NFL, and the Broncos plan to do so. The noise plays on a continuous loop through the PA systems at 70 decibels, starting at kickoff. Those attempting to manipulate the audio volume, higher or lower, are subject to penalties, including loss of draft picks.

Our News5 team will bring you the stories of this unusual game atmosphere tonight in the brand-new News5 at 4pm, News5 at 5, News5 at 6, and News5 at 10.

Here are some of the bigger storylines to watch for heading into Monday night, with links to Troy's coverage through training camp:

Will Courtland Sutton play? The Broncos top receiver sprained his AC joint in his right shoulder during practice last week. He watched practice over the weekend, and coach Vic Fangio described Sutton as "50-50" to play Monday night, indicating Sutton will likely be a gametime decision.

New weapons on offense. Whether Sutton plays or not, plenty of attention will be paid to rookie receiver Jerry Jeudy, the Broncos' top draft pick out of Alabama. Jeudy was a star for the Crimson Tide and is expected to provide Drew Lock with another weapon. Fellow rookie receiver KJ Hamler is also a speedster but not expected to play Monday night as he deals with a hamstring injury.

No fans — for now. There won't be fans in the stands on Monday night, but the team announced last week that 5,700 fans will be allowed for the Broncos' Sept. 27 game, when they host the Tampa Bay Buccaneers.

Drew Lock at the helm. Second-year quarterback Drew Lock is the unquestioned leader of the Broncos' offense. But he's still looking to improve in his first full year as a starter and under a new offensive coordinator in Pat Shurmur.

No Von, but Chubb looks good. The Broncos' suffered a crushing blow when star linebacker Von Miller dislocated a tendon in his ankle during practice last week. His return for the season is uncertain. But in good news for Denver, pass rusher Bradley Chubb has looked strong in practice following his season-ending injury from last year. Chubb appeared to be on track to play Monday night, if only on a snap count.

Can Derrick Henry be stopped? Quarterback Ryan Tannehill came on strong in place of Marcus Mariota last season, but it's no secret: This Titans offense runs through Derrick Henry, who runs through opponents at will. In his last nine games of 2019, including the playoffs, Henry averaged just under 150 yards per game and scored 12 touchdowns. A bright spot for Denver is the Broncos might have an answer — they held Henry to just 28 yards on 15 carries in last year's 16-0 win.

A perfect night for football. Denver's summer-like weather returned Monday, with highs expected to reach 88. But thanks to the late kickoff, conditions should be nice for football, with temperatures in the 70s through the game.

Here's the remaining lineup of Sunday Night Football on NBC for this season. Keep in mind, every game after October 11 has the possibility of being changed due to NFL flex scheduling rules, denoted with an asterick.Read more on NFL flex scheduling procedures