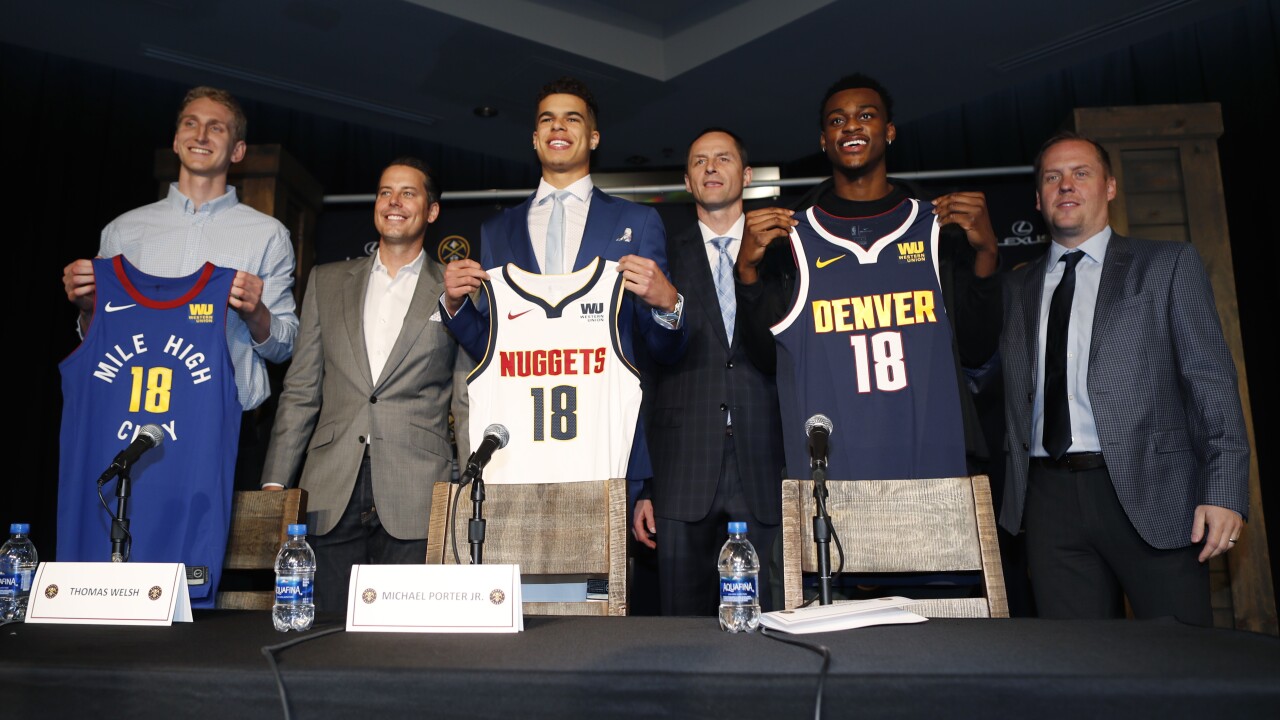 CHICAGO (AP) - The Chicago Bulls came into the season thinking they were poised to contend for a playoff spot. The plan did not unfold the way they envisioned, and now, they have a new leader in the front office.

The person, who confirmed reports by several outlets, spoke on the condition of anonymity because the move has not been announced.

Longtime executive John Paxson was expected to move into an advisory role. The futures of general manager Gar Forman and coach Jim Boylen were unclear.

The move allows the Bulls to have their new top executive in place if the season resumes from the COVID-19 pandemic suspension.

The 48-year-old Karnisovas starred at Seton Hall and had a successful international career that included two Olympic bronze medals playing for Lithuania. He worked in basketball operations for the NBA from 2003 to 2008 and spent five years as an international scout for the Houston Rockets before joining Denver’s front office in 2013. He became the Nuggets’ general manager four years later, with Tim Connolly promoted from GM to president of basketball operations.

Karnisovas had big roles in Denver taking two-time All-Star center Nikola Jokic in the second round of the 2014 draft with the 41st overall pick, as well as recent lottery selections Jamal Murray and Michael Porter Jr. Karnisovas and Connolly also have constructed a highly respected international scouting operations.

Denver is third in the Western Conference and leading the Northwest division with a 43-22 record.

Reports that the Bulls would shake up their front office surfaced during the All-Star break in Chicago. They thought they were ready to contend for a playoff spot with a young nucleus but were 11th in the Eastern Conference at 22-43 when the season was suspended.

Paxson, who hit the championship-winning 3-pointer for Chicago in Game 6 in Houston in 1993, is stepping aside after 17 years running the front office.

He took over as general manager in 2003 after Jerry Krause resigned following a failed rebuild in the wake of the Michael Jordan-Scottie Pippen era.

Paxson was promoted to vice president of basketball operations in May 2009 with Forman - who joined the Bulls as a scout in 1998 - taking over as GM.
___