Air Force's Walker could return to the program next year 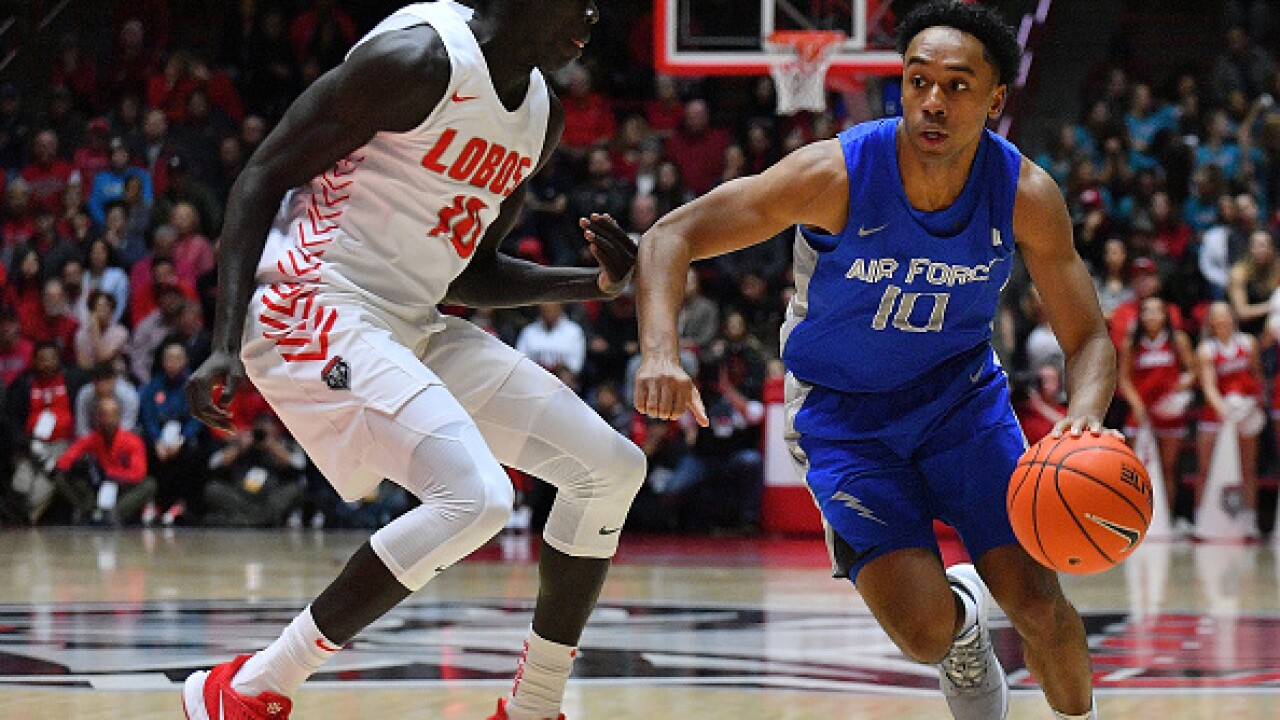 Less than 2 months after entering his name into the transfor portal, Air Force guard AJ Walker could return to the program next year under new head coach Joe Scott.

Walker orginally entered his name into the portal after Air Force, and former head coach Dave Pilipovich, parted ways after 8 seasons at the Academy.

According to multiple reports, Walker lists Texas Tech, TCU, Tulsa and the Falcons are his final four choices for next season.

Walker, who looked to be the future of the program, averaged 11.1 points per game and 3.5 rebound per game this past season.

His season-high came at the Mountain West Conference tournament, when he scored 24 points against Fresno State in the opening round.

Air Force is coming off a disappointing year, finishing 12-20 overall and 5-13 in MWC play, despite a senior-laden team.