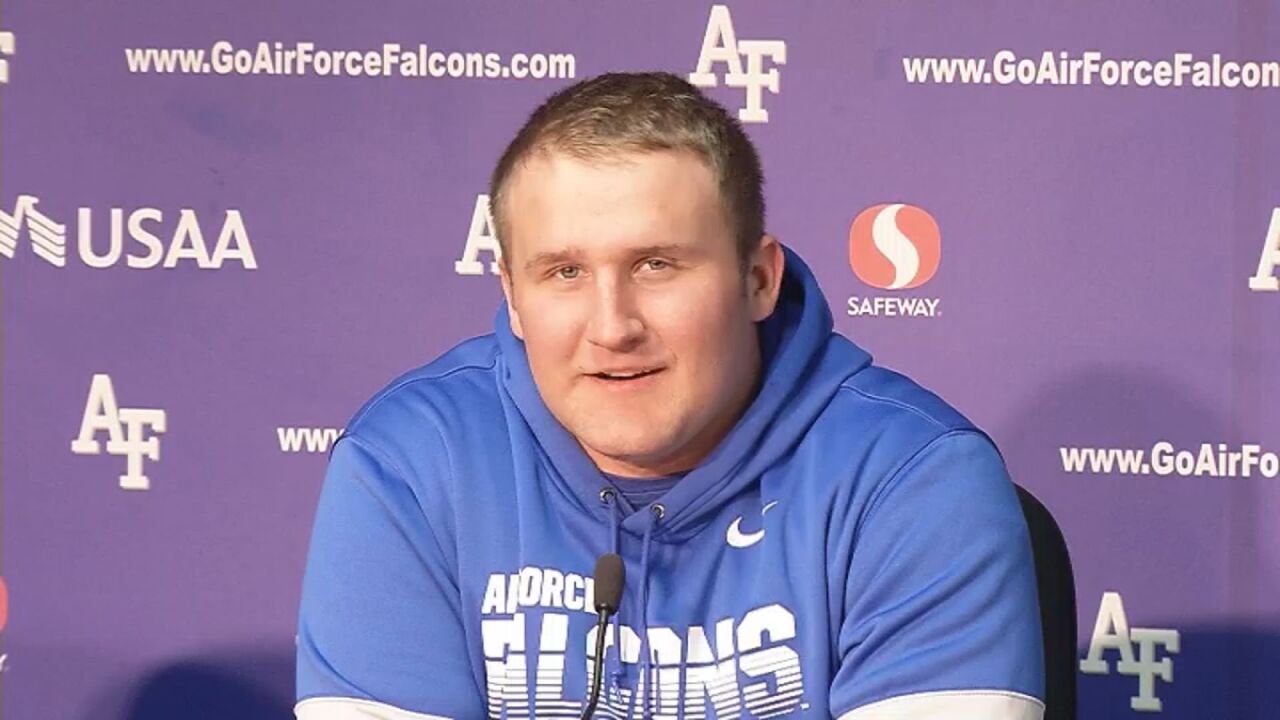 The Falcons host the Black Knights in the 54th meeting of these historic service academies.

"You can throw rank, record out the window, it's going to be a good game, a dog fight," senior wide receiver Ben Waters said. "A chance for us to prove how good we really are."

Currently riding a season best three-game win streak, the Falcons come into the contest playing as well as they have in years but know the Black Knights present a different type of test.

"It's going to be a physical challenge," senior safety Garrett Kauppila said. "There's no doubt about it, they're going to test you, mentally, physically, every aspect of the game you enjoy. You have to play assignment-sound football."

AFA had won 18-of-21 games in the series before dropping the last two contests, including a 17-14 decision at West Point (N.Y.) last year.

Troy Calhoun's team can't win the Commander-In-Chief trophy after falling 34-25 at Navy earlier this year but they can still play spoiler against an Army team that has won the past two.

"Their season isn't coming out the way they wanted to but they're always fired up to play us," senior offensive lineman Connor Vikupitz said. "Our loss to Navy is a bit of a punch to the gut but being able to regroup and take down one of the other service academies is going to be a big thing for us."

Kickoff is set for 1:30 p.m. at Falcon Stadium, where Air Force is currently 4-0 on the season.