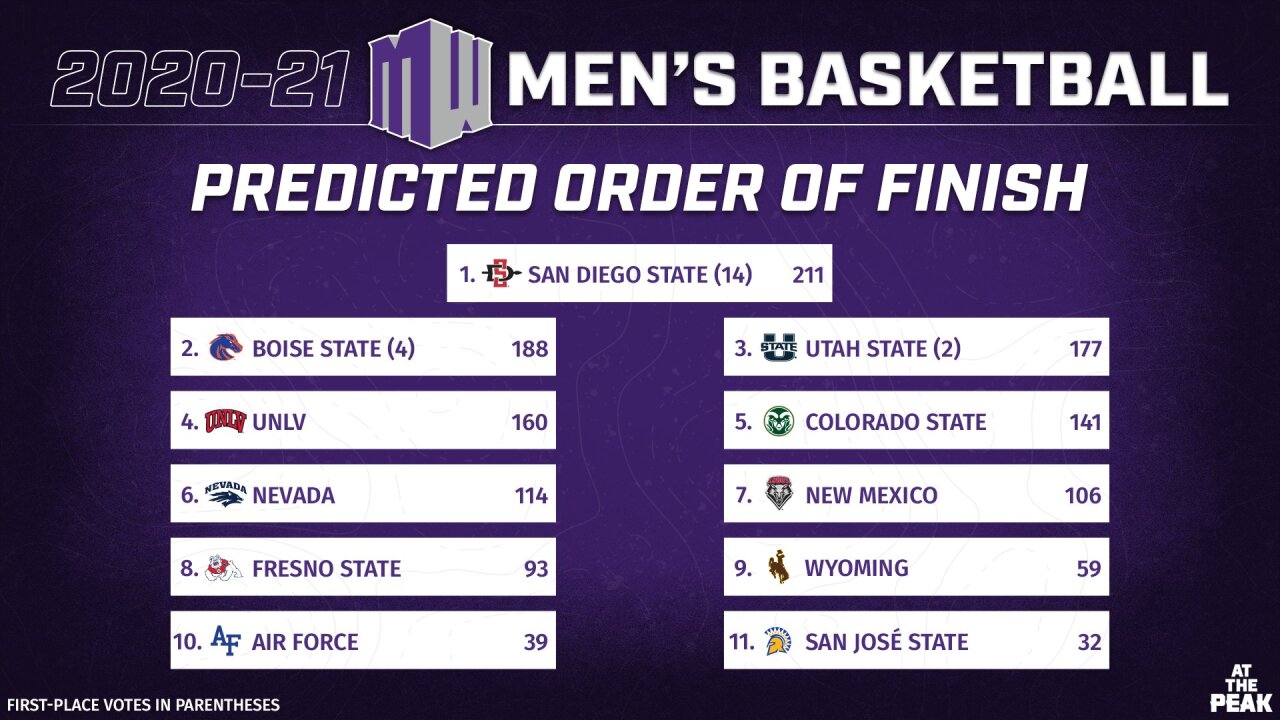 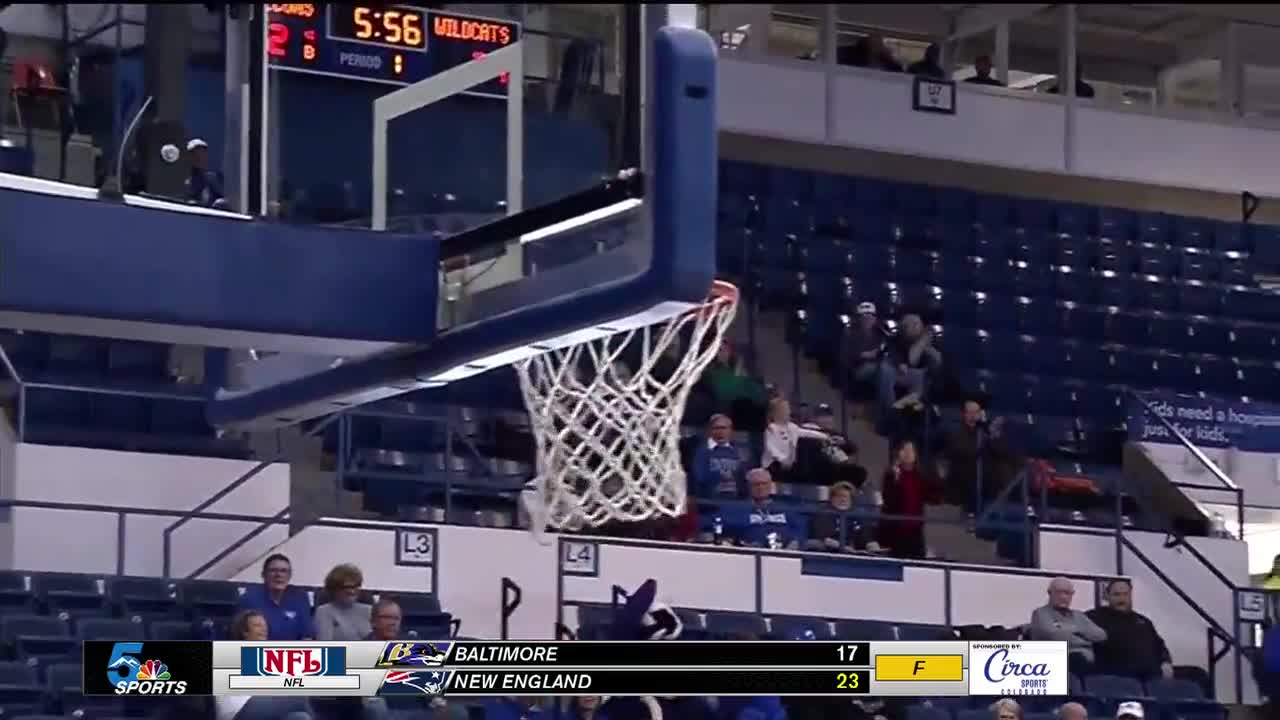 COLORADO SPRINGS — Air Force men's basketball has been picked to finish 10th in the Mountain West in 2020-21, as voted by the Conference media, this week.

San Diego State has been predicted to claim the 2020-21 Mountain West regular-season title.

For new head coach Joe Scott, he isn't surprised to his Falcons picked low in the poll.

"It doesn't matter to me," explained Scott at the Mountain West Conference virtual media day. "When I was here before, we were picked last every year. So I think what matters is how good we get at what we do. How important what we do is to us. How much we care about what we do and how much that is the only thing that we really focus on."

The Falcons leading returning scorer, junior guard AJ Walker, echoed his head coach and says he has brought a new energy to the program.

"The energy that he brings is unbelievable," said Walker, who averaged 11.1 points per game last year. "Every day is new. Every day he's trying to get more out of you which I love. He is trying to pick which spots we need to work on. He understands the game. We really link together with him and the other coaches."

The official schedule for the Falcons has yet to be released.

Another team picked to finish at the bottom of the Mountain West preseason poll: the Wyoming Cowboys.

Wyoming guard Hunter Maldonado, a Vista Ridge grad, believes that this year, with a new head coach and highly-touted recruiting class, the Cowboys can climb the later in the conference.

"As we showed everyone at the end of the year, we have the weapons to do it," said Maldonado, who led the Cowboys with 16.4 points per game last year. "We have some great returners here and the new core is mixing in really well with a lot of weapons there as you saw our draft class coming in this year. So I think I use it as motivation. I think the guys use it as motivation and we're going to go out there and have a chip on our shoulder."

Wyoming opens the season at home on Nov. 28th against Mississippi Valley State.

Former Cheyenne Mountain Indian Javonte Johnson is also not expected to red-shirt this season with the New Mexico Lobos.

Per reports, Johnson is expected to compete for playing time in his freshman season.

New Mexico was picked the finish 7th in the Mountain West preseason poll.