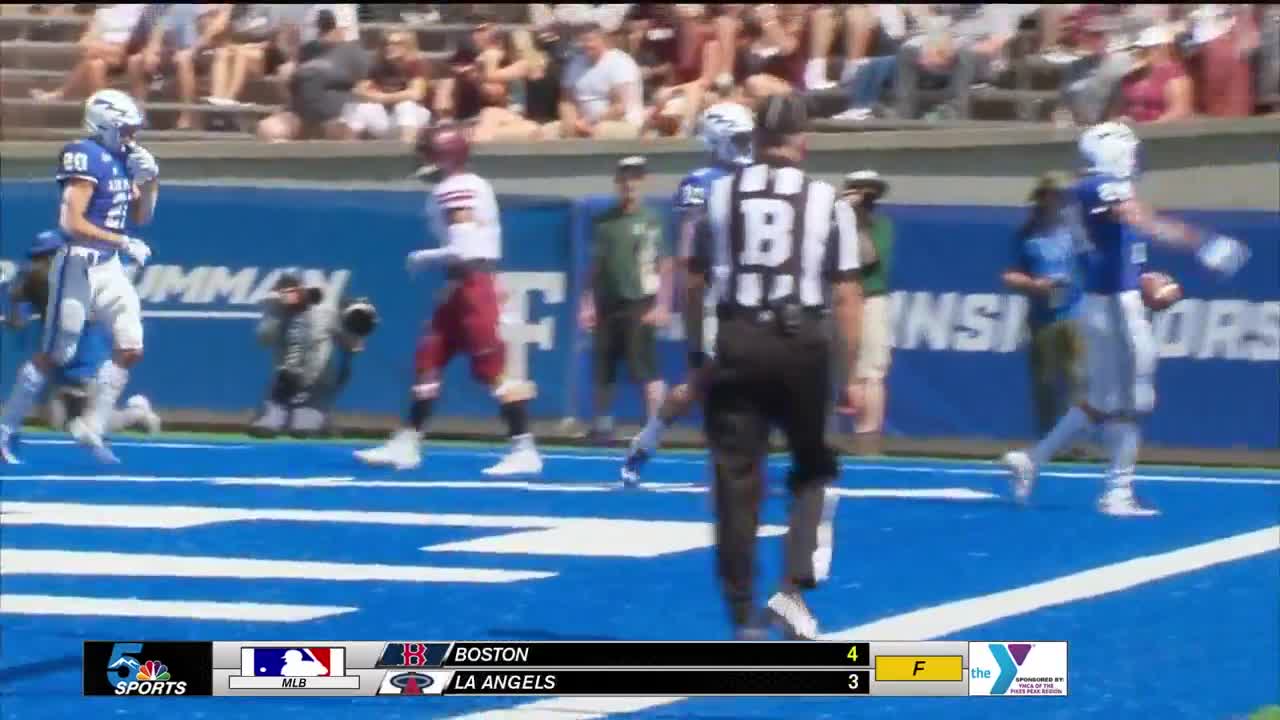 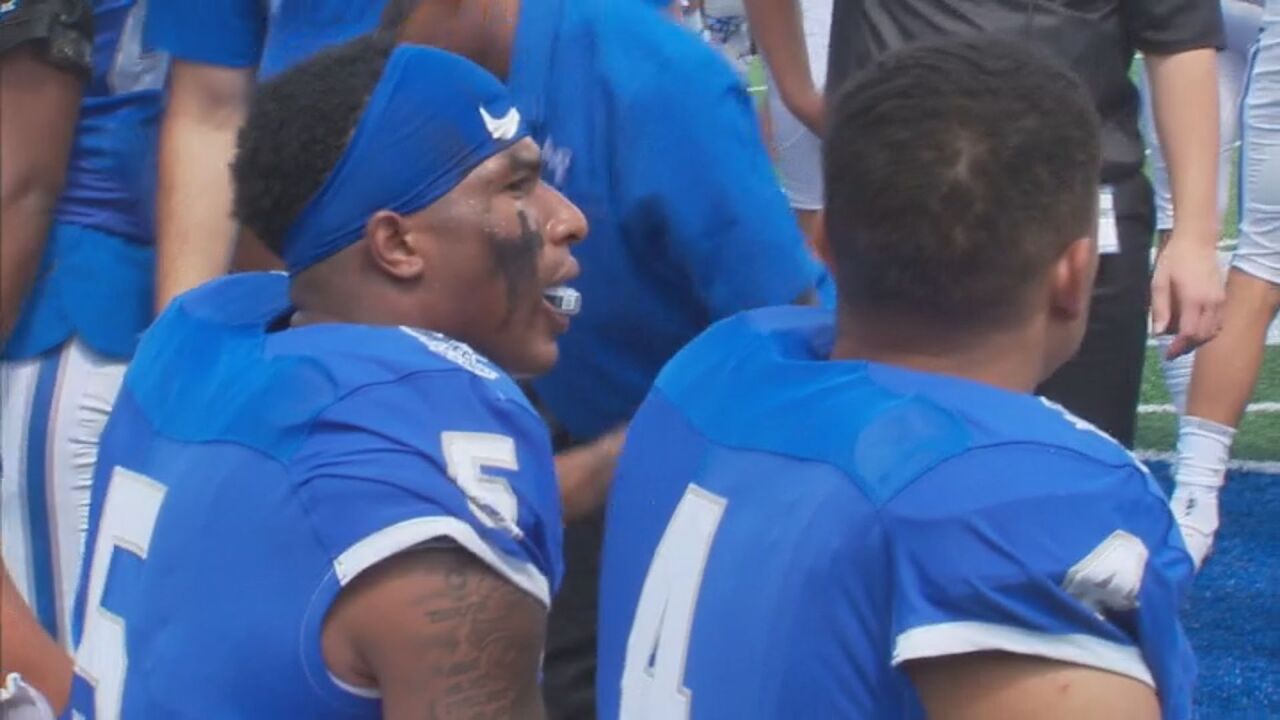 US AIR FORCE ACADEMY — The Air Force football team made history in their first win of the season against Colgate on Saturday.

The Falcons threw the play only once in the entire game, a first in Air Force program history.

Isaiah Sanders completed the 41 yard pass to Geuad Sanders in the second half to the ink duo in Falcon history.

"We did not throw the ball at all. We scored 48 points and we threw the ball once," said DJ Hammond III, who scored three rushing touchdown against the Raiders. "I think that should be a reason that other teams should be scared of us."

Air Force has a bye week, before taking on in-state rival Colorado on September 14th in Boulder.