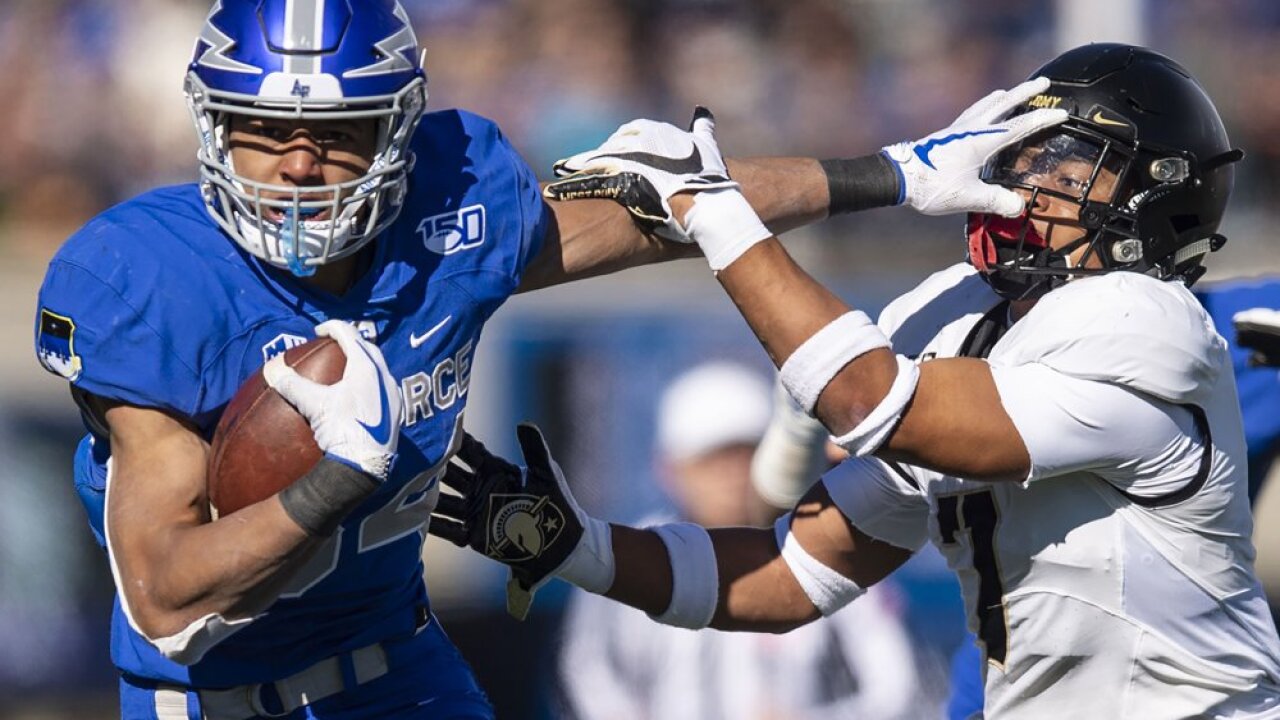 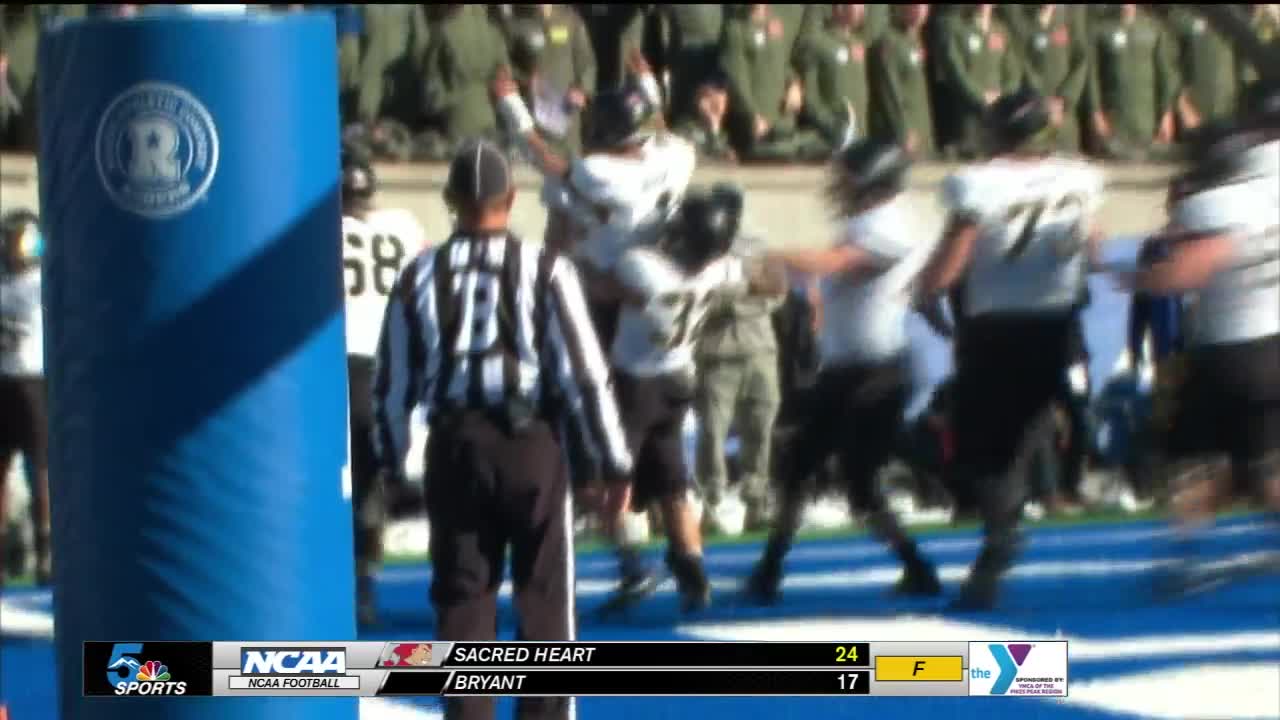 AIR FORCE ACADEMY, Colo. (AP) — The goal-line stand by Air Force at the start set the tone. The one at the end clinched it.

Air Force turned in a goal-line stand in the final minute as the Falcons beat service academy rival Army 17-13 on Saturday.

“It definitely means the world to me,” Falcons senior cornerback Zane Lewis said.

The Black Knights were well positioned with a first-and-goal at the 7 after a long pass play by starting quarterback Jabari Laws.

One wrinkle: Laws got hurt on the 31-yard play. He had to be helped off the field after taking a wallop from Air Force defensive lineman Jordan Jackson, who was called for targeting and ejected from the game.

Kelvin Hopkins Jr. was summoned from the sideline. Usually the starter, he’s been banged up and didn’t practice. Laws started in his place because coach Jeff Monken wasn’t sure if he was healthy enough to make it the entire way.

Hopkins threw an incompletion on first down, ran for 2 yards on second, nearly completed a third-down attempt in the end zone — it was broken up by Lewis — and overthrew his intended target on fourth down with 33 seconds remaining. With that, the Falcons (7-2) snapped a two-game skid against Army (3-6).

“I thought the guys made a heck of an effort to get it down there,” Monken said. “Ultimately we didn’t make the plays that they did.”

Still, the Falcons weren’t out of the woods. They fumbled the snap trying to run out the clock. It was recovered by tailback Kadin Remsberg. Asked what was going through his mind as the ball squirted free, Air Force quarterback Donald Hammond III cracked: “Some bad words.”

On the opening drive of the game, the Black Knights chewed up 8 minutes, 34 seconds in making their way to the 1-yard line. Laws’ fourth-down sneak was stuffed by Jackson and Parker Noren.

“We got killed the opening drive by not scoring from the 4-inch line,” Monken said.

This was a solid performance for Laws, who rushed for a score and threw for 214 yards, including an 87-yard TD strike. It was the fifth-straight loss for an Army team that entered the game as a two-touchdown underdog.

Timothy Jackson finished with a career-best 155 yards in becoming the first fullback in Air Force history to turn in four straight 100-yard performances. He also had a 3-yard score. Joshua Stoner added a go-ahead score early in the fourth quarter.

The Black Knights were trying to capture a third straight Commander-in-Chief’s Trophy, which goes annually to the service academy with the best record in the round-robin competition. Although they can’t win it outright, they can still retain the prize if they beat Navy on Dec. 14 since all three service academies would split the competition.

Army led 6-3 in a defensive tussle late in the third when the scoring pace picked up. First, Jackson scored from 3 yards out to give Air Force a 10-6 lead. Then, on the next offensive play, Laws completed a pass over the middle to Camden Harrison, who went 87 yards for the score to hand Army back the lead.

Both triple-option teams ran chunks of time off the clock in a first half that featured only three drives apiece. Army grabbed the lead with 1:17 left before halftime when Laws ran it in from the 2 on fourth down. The extra point by Cole Talley sailed wide right.

Army: Monken falls to 2-4 against the Falcons.

Jackson showed off his bruising style on a 40-yard scamper in the third quarter. He plowed through an Army defensive back near the end of his run instead of going out of bounds.

There was a concerning moment at halftime when Air Force’s mascot falcon Karena wound up in the stands as she tried to land. Karena was fine the Academy said. She was flapping her wings as trainers led her up the steps.

A falcon named Aurora died in October after serving as an Air Force mascot for the past 23 years. She was the longest-serving live mascot in the school’s 65-year history.

Aurora had recovered from injuries to both wings in 2018 during a prank abduction before the annual football game against the U.S. Military Academy in West Point, New York.