Air Force looks to regroup with Fresno State in town 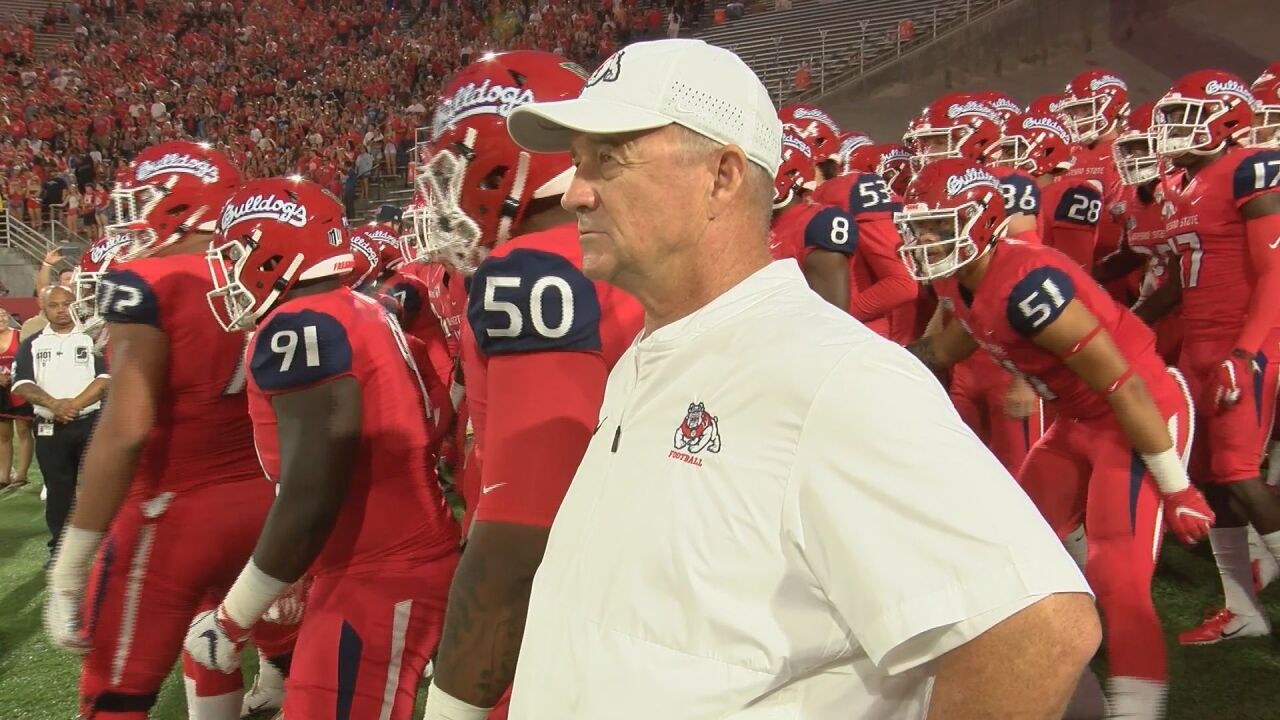 Copyright 2019 Scripps Media, Inc. All rights reserved. This material may not be published, broadcast, rewritten, or redistributed.
The Falcons host Fresno State Saturday at Falcon Stadium. Kickoff is set for 5 p.m.

It was a heartbreaking finish for the Air Force football program (3-2) at The Naval Academy Sunday.

The Falcons rallied from a 21-9 deficit in the fourth quarter, taking a 25-21 lead before falling 34-25 in the closing seconds.

"It was tough for everyone just knowing that it was the last time we'd have a shot at the Commander-in-Chief Trophy," senior defensive back Grant Theil said. "I'd be lying if I said there weren't some tears falling from everyone's faces."

With one goal now out of reach, Troy Calhoun's team turns their attention back to the Mountain West Conference and moving one step closer to Bowl eligibility.

Air Force will host Fresno State Saturday (5 p.m.) in the team's first meeting since 2016. The MWC showdown at Falcon Stadium should be the perfect remedy for a team looking to refocus on what still lies ahead.

"We can't win the CIC now but it can't effect the rest of our season," senior running back Christian Mallard said. "Because if we just think about how bad we played or how we missed an opportunity against Navy, we won't be able to play to our full capacity against Fresno."

The Bulldogs are off to a 2-2 start to the season but were one play away from taking down USC (31-23) at Memorial Stadium and narrowly lost to Minnesota (38-35) in overtime. Jeff Tedford's team should prove to be a tough test and the Falcons will need to use it to get back into the groove of conference play.

"It's important, any team that can bounce back from a loss is huge," senior offensive lineman Scott Hattock said. "Especially for morale, moving forward. Going 1-0 is our goal this week and that's what we're striving to do."