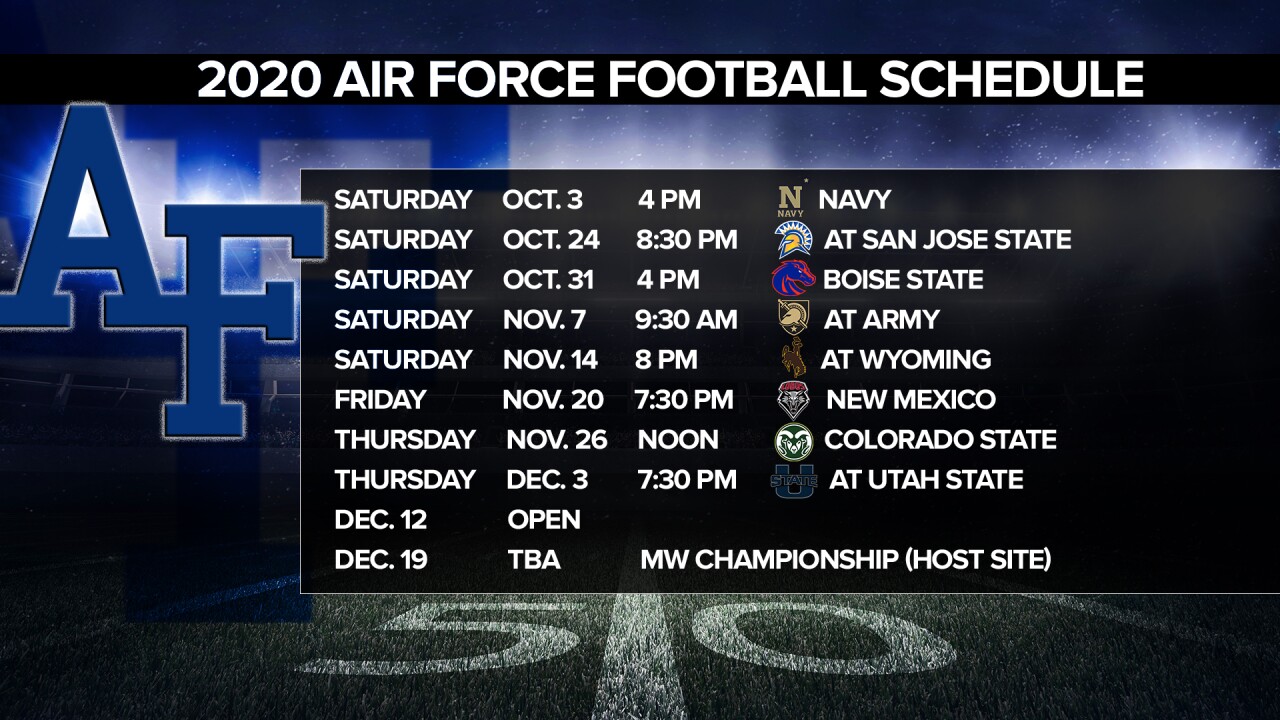 Copyright 2020 Scripps Media, Inc. All rights reserved. This material may not be published, broadcast, rewritten, or redistributed.
Air Force is set to play an eight-game schedule in 2020. 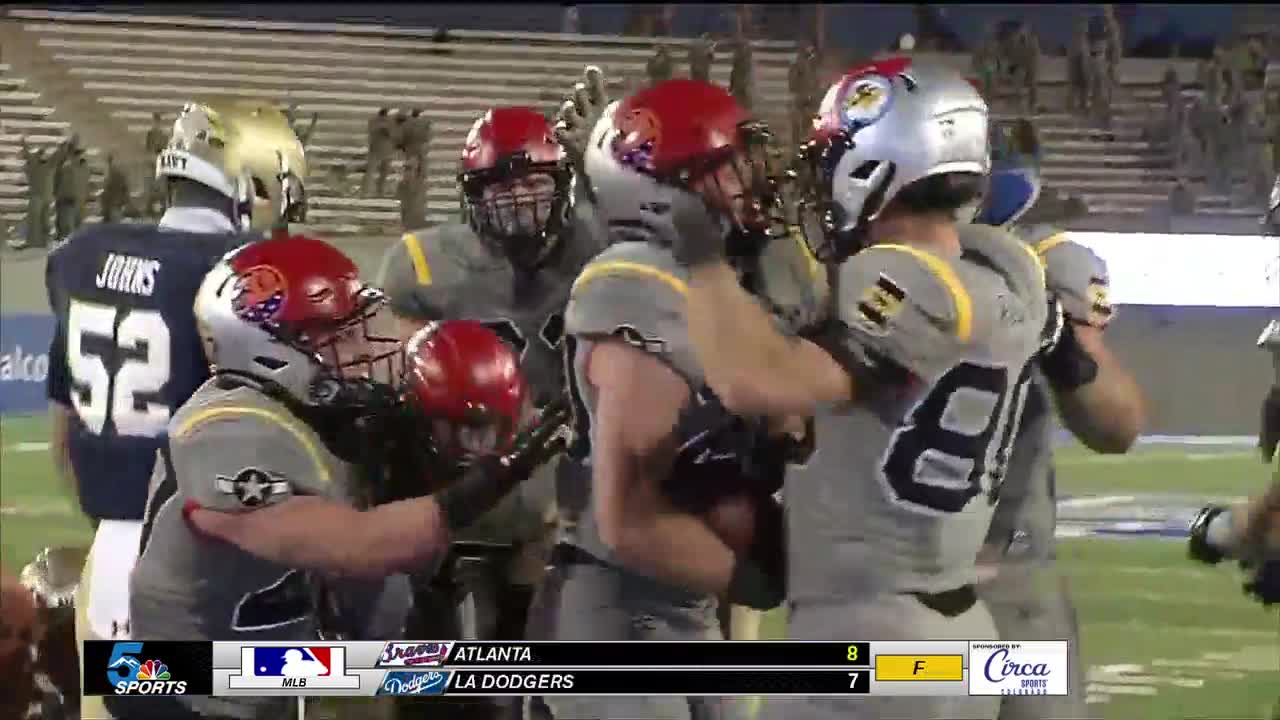 The Air Force football program finalized the dates and times for the remainder of their 2020 season Tuesday.

Following a 40-7 win over Navy in their season opener, the Falcons will return to action with Mountain West Conference play on Oct. 24th at San Jose State. The 8:30 p.m. kickoff is one of four evening contests for Troy Calhoun's team this season.

The MWC home opener will be the following week when AFA hosts Boise State at 4 p.m. The status of fans at Falcon Stadium is currently unknown, although the school said in a release it "hopes" to be able to accommodate a select number this season.

Air Force will look to win their first Commander-in-Chief's Trophy since 2016 when they travel to Army on Nov. 7th.

There are two changes to the previous schedule, both involving home contests. Air Force will now host New Mexico on Friday, Nov. 20th at 7:30 p.m.

For the fourth time in the school's history, the Falcons will also play on Thanksgiving. The Academy will welcome Colorado State at Noon on Nov. 26th.

The regular-season finale is set for Dec. 3rd at Utah State (7:30 p.m.), with the conference championship set for Dec. 19th.