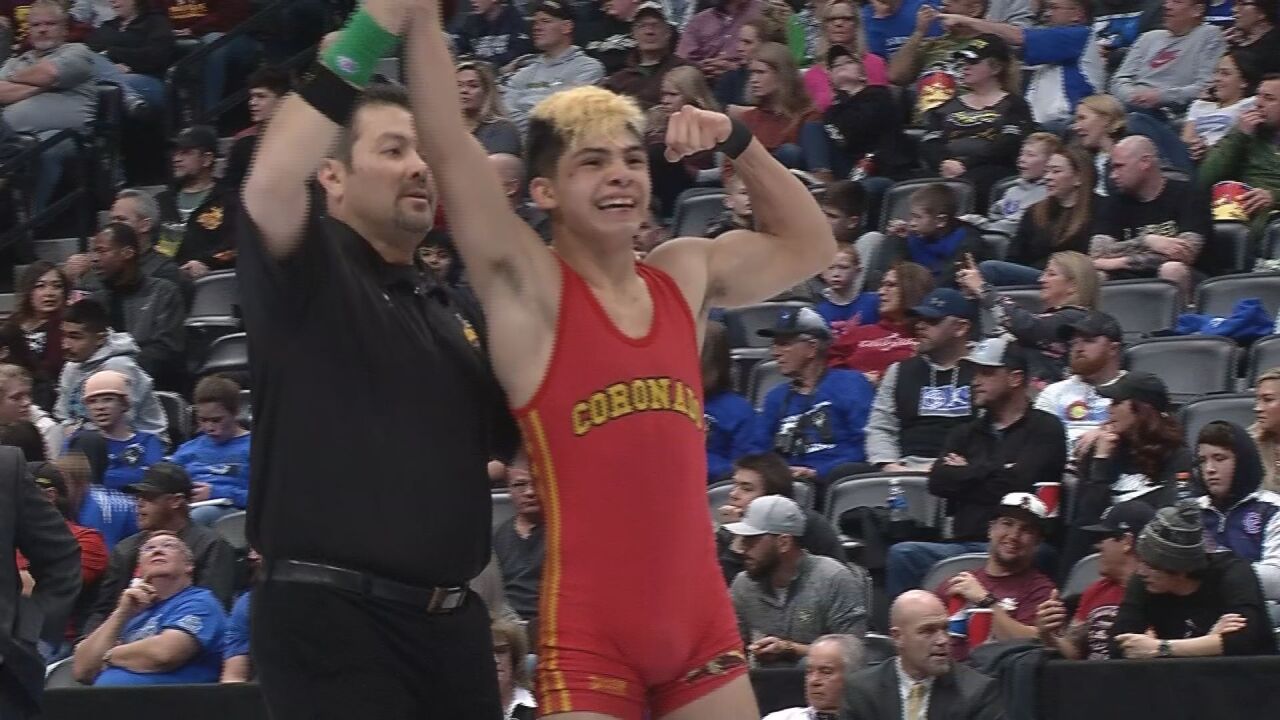 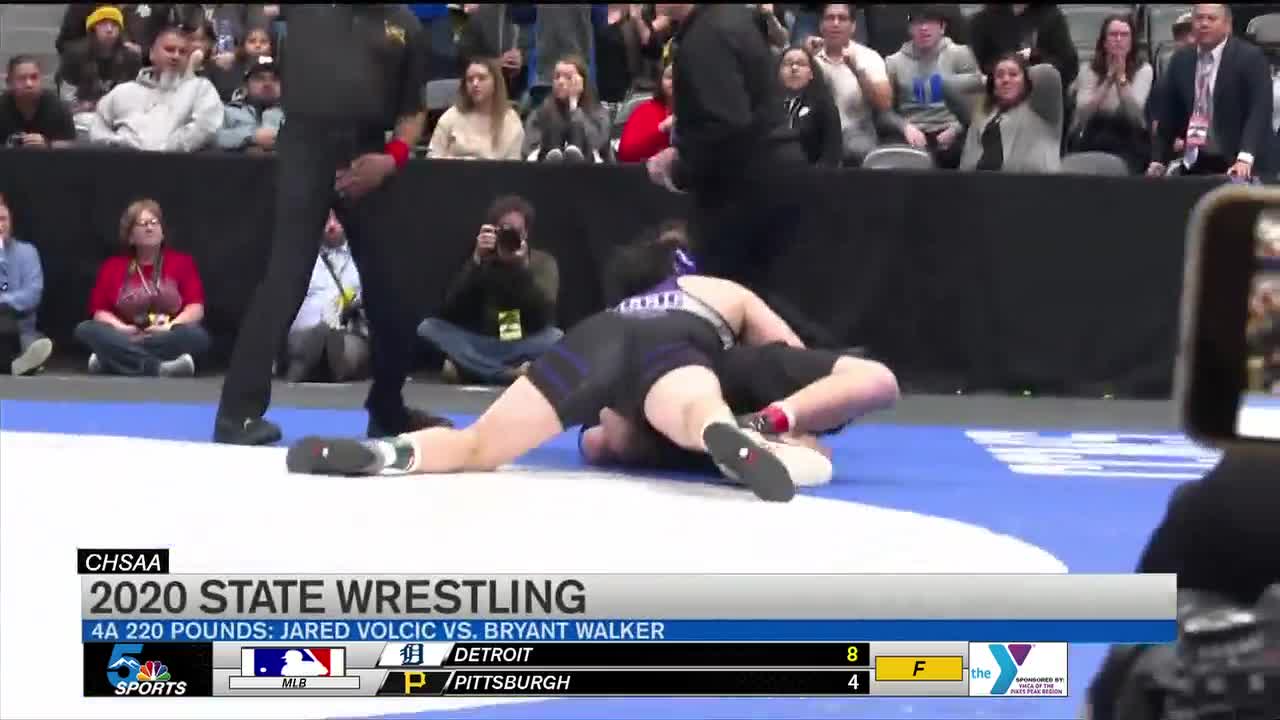 DENVER — The 2020 CHSAA State wrestling took over the Pepsi Center this week and capped off on Saturday with the championship round.

We start with great showdown between defending state champs in 3A at 120 pounds. Woodland Park's Brady Hankin was able to defeat La Junta's Isaiah Gamez with an 11to 6 win for back to back titles.

In 4A at 126 pounds, Angel Flores of Coronado was on a mission and dropped Malachi Contreras to win his first state title, 11 to 1.

In 5A at 170 pounds we had a local showdown between Doherty's Tyson Beauperthuy, who is undefeated on the year, taking on Pine Creek's Draygan Colonese. Beauperthuy would go onto win 7 to 1.

In 2A at 220 pounds, Rocky Ford representing the smalls schools in Southern Colorado as Jesse Tapia taking home some hardware with his 3-2 overtime win over Jose Molina. Rocky Ford would come in 2nd in 2A team standings.

For 4A at 220 pounds. Mesa Ridge's Jared Volcic with a major comeback over Bryant Walker. Volcic would play houdini and espcape an impossible hold in the final seconds to win 8 to 7.

And finally in 4A at 285 pounds, Pueblo East's Andy Garcia pulling the 4-peat and becoming the first Ealge to ever win 4-straight state wrestling titles. Garcia would help East come in 2nd place in the 4A team standings.