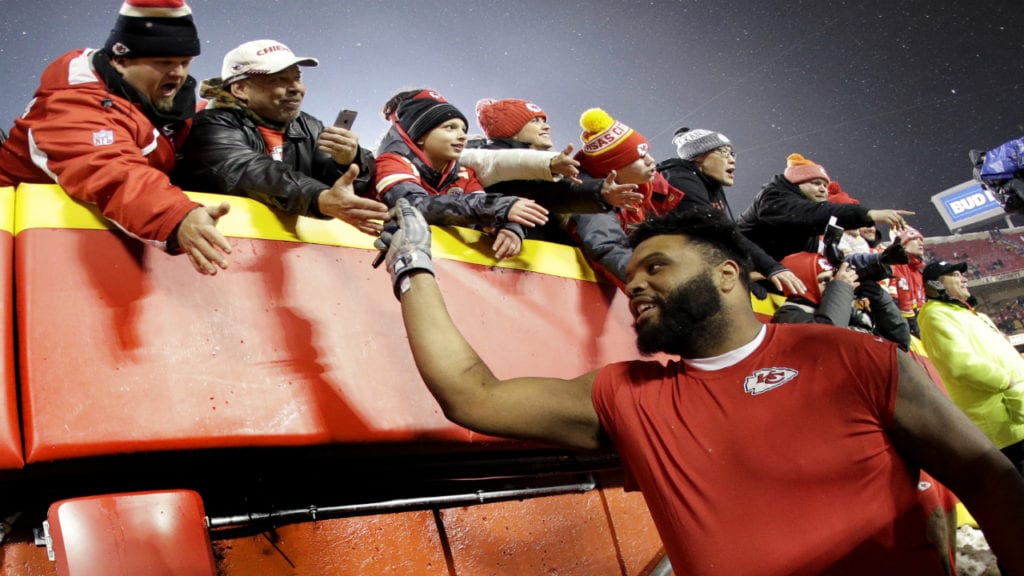 KANSAS CITY, Mo. – A homeless man who’s never attended a Chiefs game will now be in attendance at the biggest game in Arrowhead Stadium’s 47-year history.

Dave Cochran, who lives out of his car with his girlfriend and their small dog, helped a man who got stuck in the snow Saturday morning.

Little did he know, the man who he helped was Chiefs offensive lineman Jeff Allen. Allen was on his way to Arrowhead to play the divisional round against the Indianapolis Colts, a game the Chiefs would win 31-13.

After the big win, Allen tweeted that he wanted to offer tickets to the AFC Championship game to a man he only knew as “Dave.”

My car got stuck in the snow before the game & a nice guy named Dave help pull me out without knowing I was a player. I want to give him tickets to the AFC championship game for helping but don’t have a way to contact him. He drove a 97 or 98 Black Suburban. Pls RT #ChiefsKingdom

Thanks to the power of social media, Allen was able to find Dave and give offer him the tickets.

Update: Despite the recent influx in people changing their name to Dave in the KC area lol, I was actually able to track down the Dave that helped me thanks to the power of social media and #ChiefsKindgom. Thanks for your kindness https://t.co/e4OkEg6AAw

Not only that, but this viral story has already resulted in a job offer for Cochran.