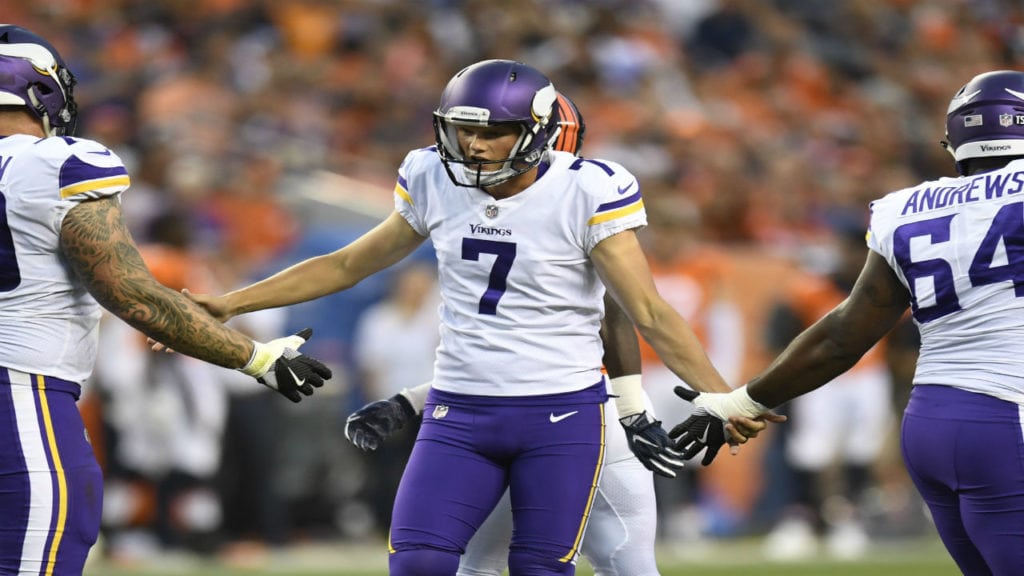 EAGAN, Minn. – After just two regular season games in the NFL, Vikings kicker and Colorado Springs native Daniel Carlson is out of a job.

Carlson, who attended high school at TCA in Colorado Springs and played in college at Auburn, missed all three of his field goal attempts in Minnesota’s 29-29 tie in Green Bay Sunday. Two of his misses came in overtime.

Carlson missed three of his four kicks in the NFL this season.  He was drafted 167th overall in the NFL Draft in April.

At Auburn, Carlson made 81 percent of his field goal attempts and never missed an extra point in his four-year kicking career.