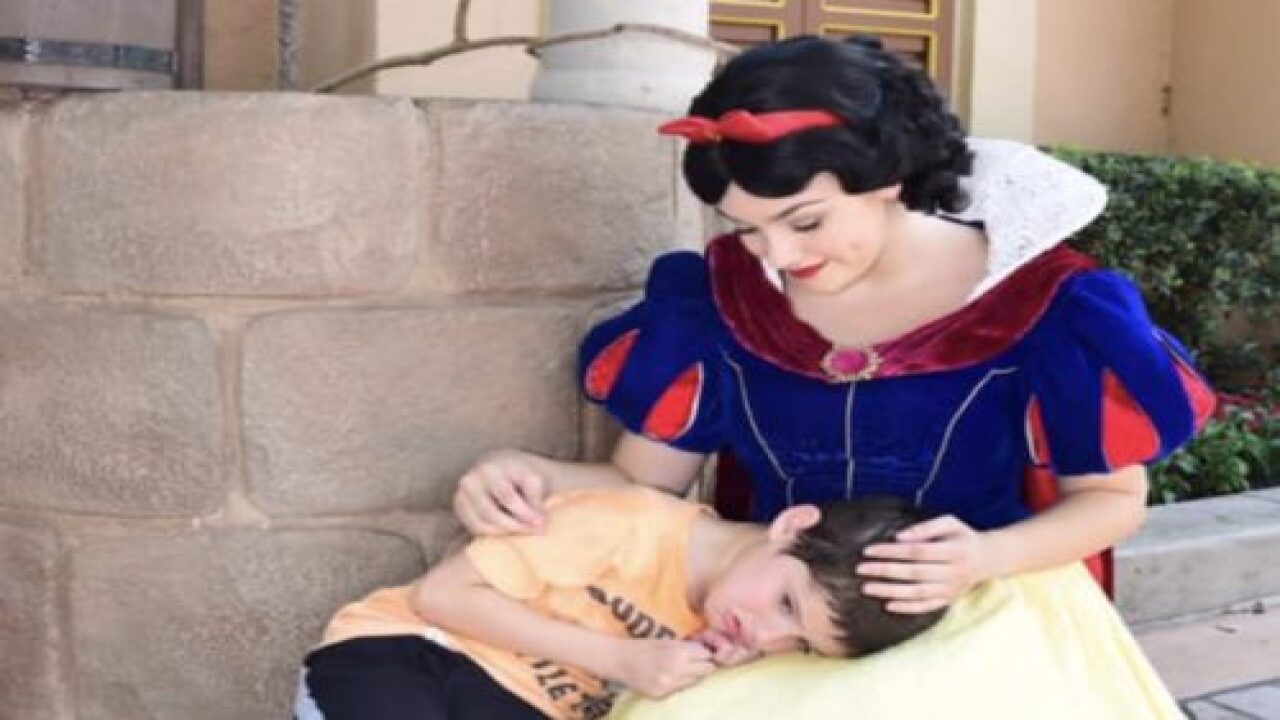 Any family who has traveled to Walt Disney World in the middle of summer has experienced the challenges of this vacation. Sure, it can be a place of magical memories. But the summer crowds and searing heat can make it a frustrating place for many people. Families with children on the autism spectrum face even greater obstacles because of the lack of structure, a hectic pace, overflowing crowds, and often hot and muggy conditions.

Parents Bill and Lauren Bergner were excited to bring their 6-year-old son Brody to Disney World, along with his brothers Billy, 14, and Jake, 9. Brody has autism, so mom and dad took the time to talk with him and prepare him for the chaos that comes from such a busy vacation. Still, Lauren knew that Brody would likely get overstimulated by all the activity at the parks, so she prepared for a possible meltdown.

After a particularly long day at Epcot, mom could tell Brody had reached his limit.

“My son was having an autism meltdown,” Lauren posted on Facebook. “He was crying and overwhelmed and just having a hard time.”

Brody’s reaction could have easily been a sad end to a tiring day.

But, it’s Disney World and we all know about the happy endings that can happen there!

As Brody cried in line waiting to see Snow White, the Disney princess stepped up and seemed to have a magic touch with the little boy.

“Snow White was amazing with him!!” Lauren wrote in her Facebook post. “She kissed, hugged, and cuddled him. He was laying his head crying on her lap. She then took him away from the crowd! She was amazing. She held his hand, danced with him, took him over to a bench and sat with him. She went above and beyond!! She took so much time with him. She was a pure angel! She was magical and my family is forever thankful and touched!”

The pictures posted by the family tell the beautiful story even better than the words.

From their time together at the wishing well:

To a stroll near the Germany pavilion in Epcot’s World Showcase:

And a touching hug between Brody and his special princess.

The family had never seen Brody connect with a stranger so quickly, but they worried their son was taking up too much time with Snow White and other guests would be upset. In fact, onlookers were all thrilled to witness the magical moments between the two.

“I turned around and they started clapping,” Lauren told TODAY. “It was this magical moment that we will never, ever forget.”

In the viral Facebook post, the Bergner family say they hope Snow White is recognized and thanked for the difference she made in their family’s experience and Brody’s life.

“I am thankful these moments were captured,” Brody’s mom wrote. “My heart is full.”

We’re so glad Brody  had a chance to experience real-life Disney magic!