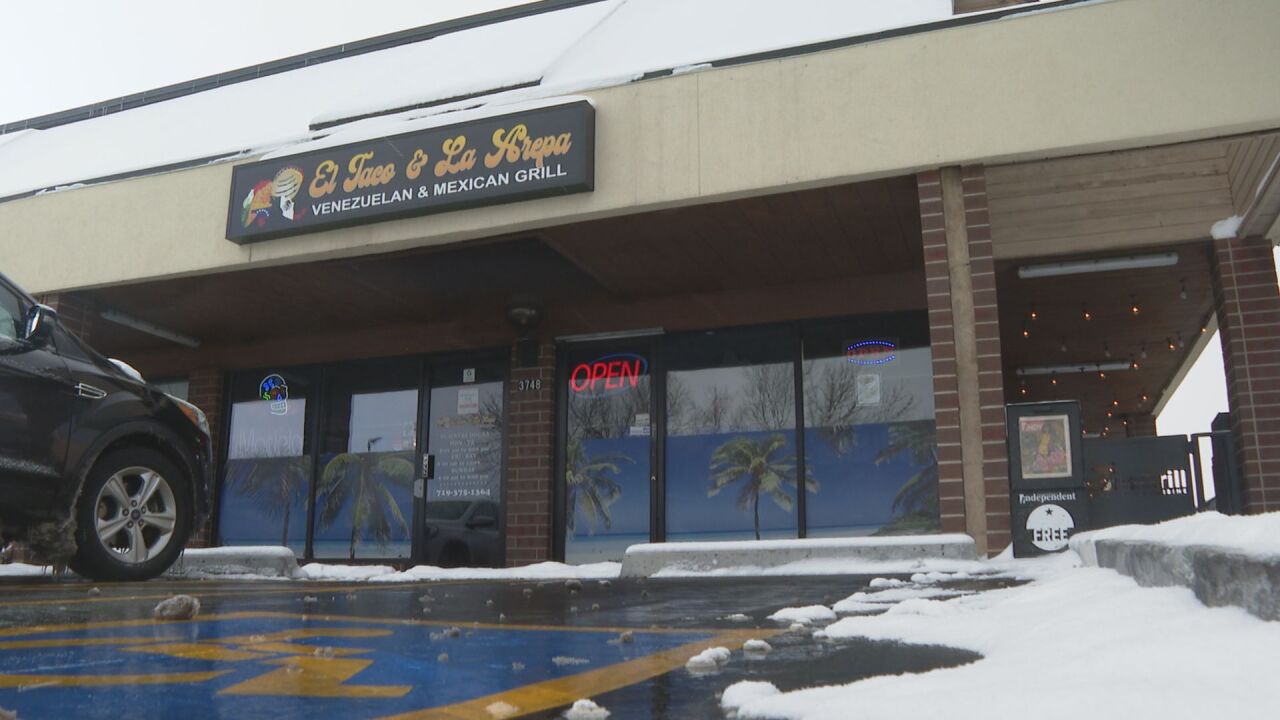 Copyright 2020 Scripps Media, Inc. All rights reserved. This material may not be published, broadcast, rewritten, or redistributed.
Colette Bordelon
El Taco & La Arepa off of Astrozon Blvd on a snowy day. 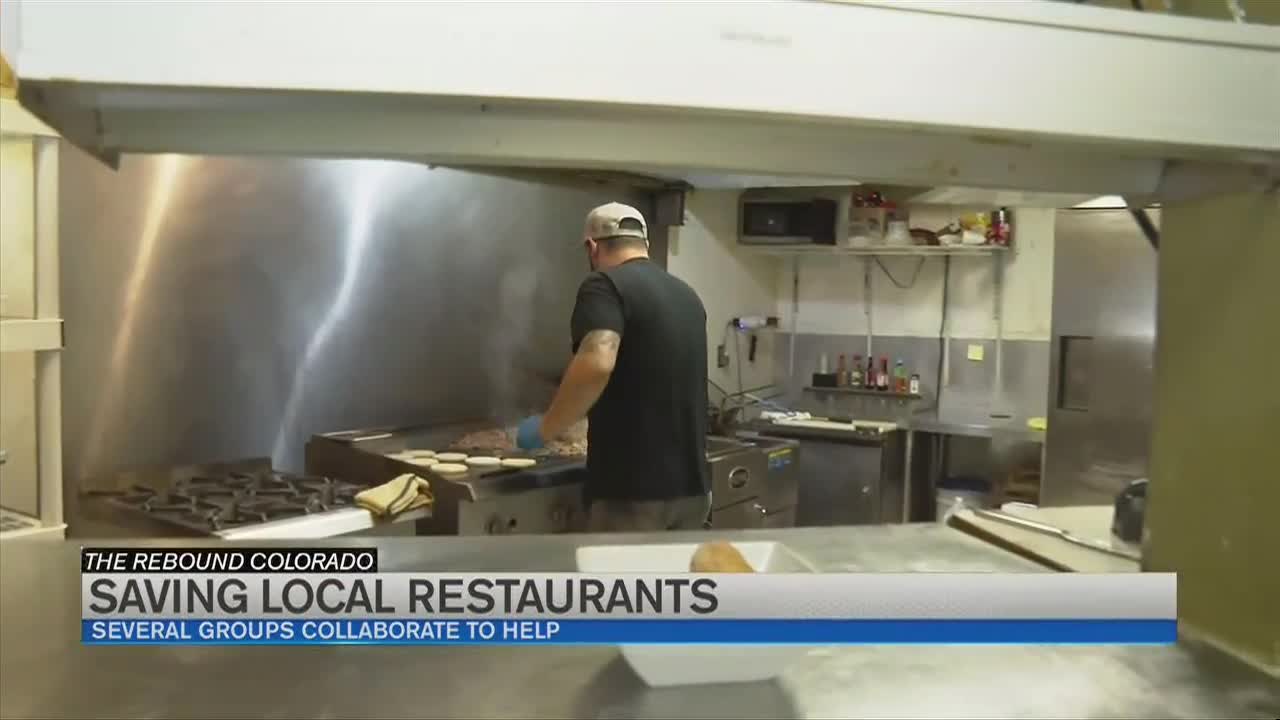 COLORADO SPRINGS — In Colorado, small businesses employ around 1.1 million people, which is nearly half of the private workforce. Keeping small businesses afloat during the pandemic is a top priority of several agencies in the Pikes Peak Region.

El Taco & La Arepa in Colorado Springs opened a brick and mortar location in December 2019. Before that, owner Maria de los Angeles said they operated a successful food truck. She's originally from Venezuela, and blends that influence with a Mexican menu.

Only three months after the restaurant opened, the pandemic hit. The restaurant began searching for resources that could help them through the public health restrictions.

Survive & Thrive COS is a group that provided emergency relief money for local small businesses. Volunteer Laura Neumann, who is also the Board Chair for Pikes Peak United Way, was assigned to El Taco & La Arepa. "The fourth time I emailed her, she wrote me completely back in Spanish. And so I realized, we had a language barrier," said Neumann.

In the summer, Neumann brought in a translator and consultant for the Pikes Peak Small Business Development Center (SBDC), Ramon Alvarez. "The fact that we have small business owners who are passionate about delivering their old recipes to the community, we have to do something for them and help them survive and help them connect with the resources that they need, so they can continue to offer these unique services to the City of Colorado Springs," said Alvarez.

Neumann said the restaurant was struggling to stay afloat, so she and many others helped get the business to qualify for financial support. The SBDC brought in a CPA to assist with the bookkeeping, and an attorney who worked out an agreement with the property owner. "They were concerned because they were getting behind on rent, and they didn't want to get evicted... This is really a community banding together to help small businesses survive," said JoAnne Schmitz, the attorney who is also an SBDC consultant.

Neumann said the restaurant did not qualify for PPP money. However, she said El Taco & La Arepa received thousands of dollars from Survive & Thrive COS, and she believes there is also CARES Act money headed their way. "They did not truly understand how to complete the paperwork to get the help that they saw other people getting... [Similar] businesses could have gone under in just a couple of weeks if they didn't have just a little bit of support during that time," said Neumann.

Alvarez translated the interview with owner Maria de los Angeles, who said "she does not feel that this business would have survived," without the efforts of local agencies.

She also added "that having a registered business entity and having all their paperwork in order was helpful in receiving aid from multiple organizations. And so, she's recommending to other small business owners, especially Hispanic business owners, to do things right. So that they can be recognized, acknowledged, and perhaps receive resources in the future," said Alvarez, while translating for de los Angeles.

The SBDC has assisted over 609 businesses so far this year.