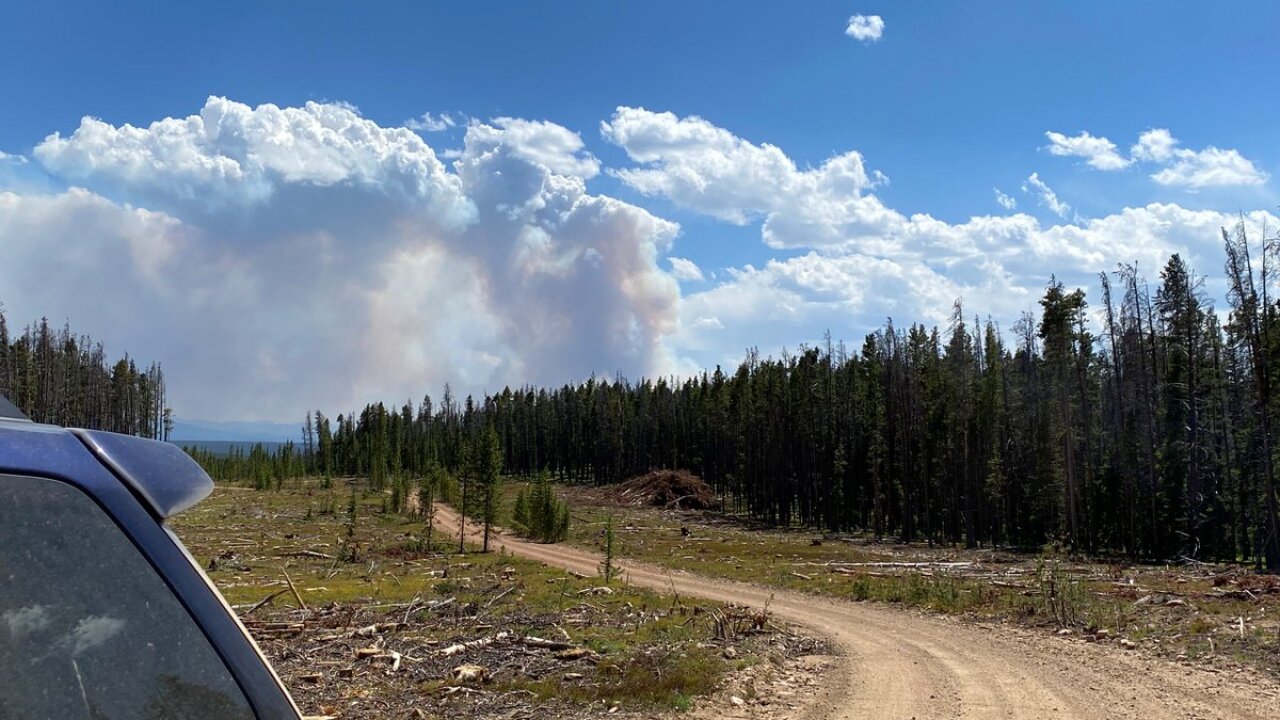 LARIMER COUNTY, Colo. — Despite challenging conditions — rugged terrain and warming and drying weather — firefighters at the Cameron Peak Fire have been able to make good progress on fire containment lines over the past 24 hours, fire officials said Tuesday morning.

Once firefighters are able to secure the existing fire lines and connect them, the containment percentage of the fire will go up. Currently, the 102,596-acre fire is 4% contained.

According to Dave Gesser, Southwest Area Team 3 Incident Commander, crews continued to work on putting down direct fire lines along Buckhorn Road to Comanche Reservoir, Pingree Park Road, Highway 14 and the section of fire above Highway 14, in the area known as The Thumb. Aerial crews focused on hot spots around the latter, as well as in Rocky Mountain National Park, where a few flare-ups occurred Monday.

Crews will resume a multi-pronged approach on Tuesday along the western, northern and eastern perimeters to set up a boundary around the fire and "box it in," the incident management team said.

Aerial crews will continue to support those on the ground by focusing on the most active areas of the fire.

Temperatures Tuesday will stay in the 70s with humidity in the teens. Wednesday will bring stronger winds, with gusts up to 25 mph, which will show where additional work is needed along the current fire lines, according to the incident management team. A storm system will move in from the south by the weekend, bringing possible thunderstorms to the area.

As of Saturday, the fire has destroyed 54 structures, according to an assessment by the Larimer County Damage Assessment Team (DAT).

Of the 54 structures, 25 are residential — two of which were primary residences — and 29 are outbuildings. Two structures were reported to have damage but were not classified as destroyed, DAT said in a release.

The fire remains 4% contained as of Tuesday morning.

Multiple mandatory and voluntary evacuations, as well as road closures, are in place around the Cameron Peak Fire. Click here for a full list of evacuations, or explore the map below.

To sign up for emergency alerts in Larimer County, visit NOCO Alert's website here. For updates for people who have been forced to evacuate, text the word LCEVAC to 888777 from your cell phone.

The fire is the fourth-largest in Colorado history. It has surpassed the High Park Fire that damaged hundreds of homes and killed one person in 2012 just east of where the Cameron Peak Fire is currently burning.

The fire ignited on Aug. 13 in the Arapaho and Roosevelt National Forests near Cameron Pass and Chambers Lake. Its cause is under investigation. Fire officials said the estimated containment date is Oct. 31.

A statewide open fire ban is in effect for all of Colorado through Oct. 7.

Drones are not allowed to fly around the fire. On Sunday afternoon, a drone was spotted flying in the restricted fly zone near Glen Haven. This caused the officials of the fire's air operations to shift their efforts to the northern portion of the fire until they could confirm that the drone had left the area and would not return.