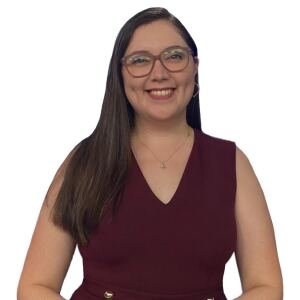 10 years ago, the Waldo Canyon Fire was the most destructive fire in Colorado state history. In this News5 Special Report, we're looking back at the timeline of events that involved the loss of 347 homes and 2 lives in Colorado Springs.

Over 18,000 acres in Colorado Springs, Manitou Springs and Woodland Park were consumed by the fire.

In 2012 more than 10,000 calls designed to warn people to evacuate during the Waldo Canyon Fire never reached the people they were intended to help, it was an eye-opening discovery.

If you cannot watch the special live, it will be playing all weekend long on our live streaming channel, KOAA News5.

News5 is looking back on the 2012 Waldo Canyon Fire and the lasting impact on our communities. As we stood on the trails in the Mountain Shadows neighborhood, a stark reminder of that day for Captain JJ Halsey with the Colorado Springs Fire Department, "From the top of the hill it was like a bombed-out warzone and I was just so mad this was happening in our own backyard."

Captain Halsey, Lieutenant Trevor Leland, and paramedic Dan Spanagel walked with me as they reminisced on the day the Waldo Canyon fire broke out. Their crew was called in almost immediately.

Jennifer Stark, who now serves as the Meteorologist in Charge (MIC) at the National Weather Service (NWS) in Boulder, was the MIC at the NWS office in Pueblo at the time of the Waldo Canyon Fire. She recalls the weather conditions in June 2012 and notes, "I was very, very nervous even before the fire started, that we were going to have a significant fire."

The drought monitor at the time shows the incredibly dry pattern across Colorado. 97.7% of the state was in at least severe drought, 45.8% being in extreme drought. Drought conditions had taken hold after a strong La Nina period between 2010-2012. Sounds familiar? Colorado is likely to go into a rare, 3 years in a row of La Nina conditions in the winter (2019-2022).

It was ten years ago when Adam's Mountain Cafe, a staple small business in Manitou Springs, filled with water as flash flooding plagued the downtown.

"I was looking at this damage and just assuming that there was no way that we could recover from this. I mean, I had just never seen anything like it," says Farley McDonough, Owner of Adam's Mountain Cafe.

The Waldo Canyon Fire not only forced the entire town of Manitou Springs to evacuate, but the burn scar it left led to major damage when it rained.

Where does the Waldo Canyon Fire investigation stand in 2022

No one knows who started the 2012 Waldo Canyon Fire. Getting answers about where the investigation stands now wasn't easy.

Here's what we tracked down about the investigation and how long it's really going to take before the canyon recovers.

For nearly six decades, western music and chuckwagon dinners at the Flying W Ranch were a Colorado Springs staple. But on Tuesday, June 26, 2012, everything changed. The Waldo Canyon fire destroyed nearly every part of the ranch.

"We are planning to rebuild, it's just heartbreaking as to whether or not it can really be done," said Flying W Ranch General Manager Jay Chladek as he walked News5 through the rubble of the devastation shortly after the Waldo Canyon fire swept through.

250 homes were part of the Cedar Heights Development when the devastating Waldo Canyon Fire broke out in 2012. It’s a day residents will never forget.

“I saw the column of smoke and so immediately began the evacuation process,” said Nancy Neale Martin, a Cedar Heights resident.

“It burned out at the Pike National Forest, crossed over Williams Canyon and burned into the northwest corner of our 300-acre conservation, it burned right into a mitigation area,” said Dick Standaert, a Firewise Champion and Cedar Heights resident.

After leaving their homes behind, each day was filled with a flood of emotions for families.

In the aftermath of what is still ten years later one of the most destructive wildfires in Colorado’s history, Waldo Canyon Fire victims needed hope, resources, and a plan to try to recover.

The devastation inspired people in the Pikes Peak Region, across the country, and the globe to participate in a fundraising effort that helped restore a community from the ashes.

”It was like some supernatural force had unleashed the most incredible flame thrower you can imagine down on Mountain Shadows. Our firefighters didn’t have a chance our city limits are right at the top of Mountain Shadows,” said former Colorado Springs Mayor Steve Bach.