COLORADO SPRINGS – Patrick Frazee thoroughly planned his efforts to deceive law enforcement in the search for Kelsey Berreth, according to search warrants just released in the case.

In one of the warrants, police said, “Ultimately… investigators learned that much of the communication between Frazee’s cell phone and Berreth’s cell phone between November 22 and 25, 2018 was a scheme developed by Frazee to distract law enforcement, distort the actual date of her disappearance, and separate himself as a suspect in a murder investigation.”

Throughout the investigation, Woodland Park Police revealed only limited information related to cell phone data in the case, but the warrants now show they played a big role in pointing to Frazee as Berreth’s alleged murderer.

“This case has involved highly technical work, including cell phone records and other data that has led to today’s arrest,” said Chief Miles De Young of the Woodland Park Police Department at a Dec. 21 press conference announcing Frazee’s arrest.

Most notably, police told the public they received a single ping from Berreth’s cell phone in Gooding, Idaho, hundreds of miles away despite not pinging any other towers along the way. The whole time, however, they knew how it got there, through Grand Junction, Colorado, and Salt Lake City.

Cell phone information also helped police determine Frazee was lying to them. He said he last saw Berreth on Thanksgiving, after she was spotted at the Woodland Park Safeway. Frazee said his last contact with her was via text on Nov. 25.

Mark Pfoff, a former El Paso County Sheriff’s Office detective and current owner of Rocky Mountain Computer Forensics, has spoken to News 5 about the importance of cell phone analytics in the case. He said it proves some inconsistencies in Frazee’s story.

“I think the records very clearly show that the story he gave law enforcement is not accurate,” Pfoff said.

With help from Verizon, police were able to track both of their phone locations on Thanksgiving Day.

A figure developed after securing a warrant for Frazee’s phone and Verizon records for both his and Berreth’s phones showed how police tracked the devices appearing to travel together. Around 5 p.m., the phones both ping off the same tower in Florissant. They were traveling southwest, from Woodland Park, heading toward Frazee’s residence. 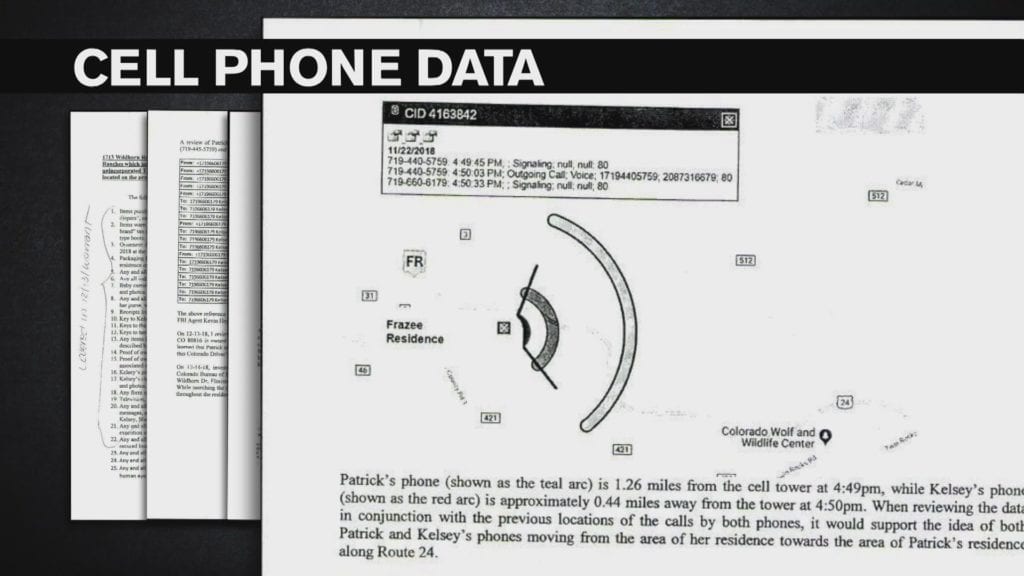 The figure above shows their rates of travel, which police were able to calculate when they received information on each phone’s response time to the tower. Berreth’s phone is the arc on the left, and Frazee’s is the larger arc on the right.

“That’s how you get that arc that shows that approximately that cell phone is, you know, a mile, a mile-and-a-half away from that tower,” Pfoff said.

Then, there’s evidence of a plot in text messages police obtained between Berreth and Frazee’s phones. 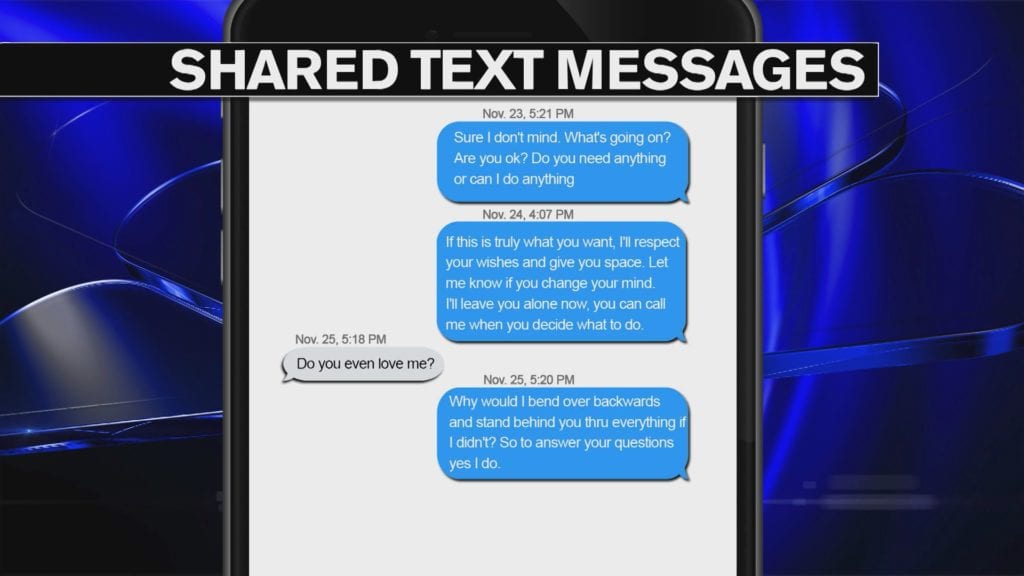 The texts, which happened between Nov. 22-25, appear to show discussion about relationship issues. A text from Frazee sent at 4:07 p.m. on Nov. 24 read, “If this is truly what you want, I’ll respect your wishes and give you space. Let me know if you change your mind. I’ll leave you alone now, you can call me when you decide what you want to do.”

Berreth’s phone sent a text the next day, asking Frazee, “Do you even love me,” to which Frazee responded, “Why would I bend over backwards and stand behind you thru everything if I didn’t? So to answer your question yes I do.”

Using the location data, police have now determined this was a plan Frazee developed to distance himself as a murder suspect, something Pfoff said can be common in this type of case.

“Based on this, his plan is clearly to show that she’s still alive much later than she was. That’s pretty obvious.”

Frazee is due back in court April 8 for an arraignment hearing, where he should enter a plea. He faces eight total counts for the presumed murder of Berreth.