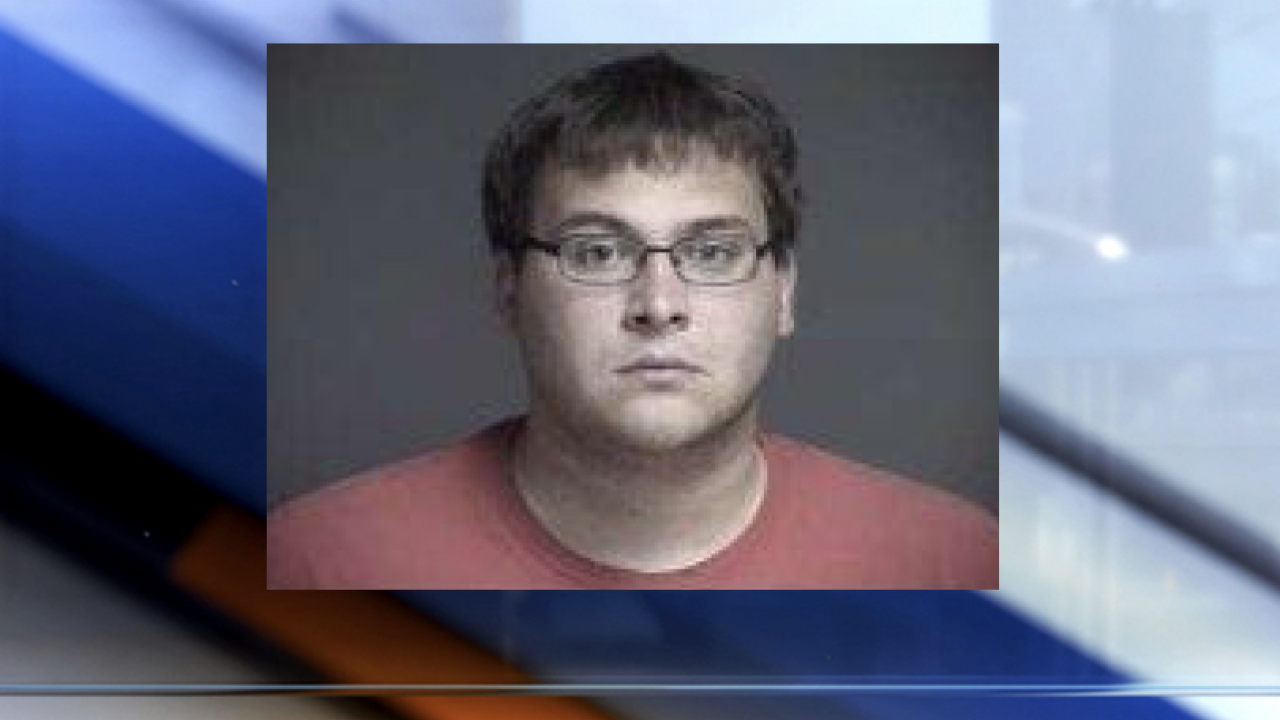 A teacher charged with sexually abusing 28 first-grade girls and touching dozens more manipulated them so much they "would compete for his attention." He even told one girl he would marry her when she got older, according to a Warren County Prosecutor David Fornshell.

“They all took place inside the gymnasium area … we have video of all of them," Fornshell said as he announced Hopkins' indictment on 36 counts of gross sexual imposition.

Hopkins worked for the Springboro Community City Schools at Clearcreek Elementary and Springboro Intermediate at the time of the incidents, Fornshell said.

Fornshell said the girls loved Hopkins as a teacher because of the amount of affection he showed them, but Hopkins was manipulating them.

Fornshell said security video from the Clearcreek Elementary gym shows the girls straddling Hopkins and Hopkins putting his hands up their shirts and skirts.

“The kids may not notice anything at all going wrong, but when you’re watching it as an adult, your stomach starts rolling," Fornshell said. "Because you’re like, 'This is not OK.'”

Fornshell said the video shows Hopkins touching 88 girls between December 2018 and March 2019. Prosecutors submitted the video to a grand jury, and jurors determined what would be considered criminal contact, Fornshell said.

“The question came down to, was this for the purpose of sexual gratification,” Fornshell said.

The case involves more victims than any other case in Warren County, he added.

Police took Hopkins into custody Monday morning. His arraignment has not been set.

In a statement Monday afternoon, Springboro Community City Schools representative Scott Marshall said the district had suspended Hopkins March 8 within minutes of learning about the allegations. He resigned four days later; the Board of Education convened a special meeting March 13 to approve the resignation.

The district also submitted a complaint to the Ohio Department of Education’s Office of Professional Misconduct, which could result in Hopkins losing his teaching license, and sent letters and voice calls to parents throughout the investigation into Hopkins’ behavior.

"For many families in our district, these are difficult times," Marshall wrote in the statement. "Communication outreach and support is important. The dialogue between our district parents and administration is paramount, as is the safety of every student in our district."

He encouraged parents struggling with the situation to attend a support group at the Child Advocacy Center of Warren County, which can be reached at 513-695-3100.

Lexi Kidwell, a sixth grader at Clearcreek last school year, said she had Hopkins as a substitute teacher.

Kidwell said allegations like that make it difficult for students to trust teachers.

“Or trust anyone that much," she said, "because there could be a different side to them that could be bad. And you just didn’t know about it.”

This article w as originally written by Mariel Carbone of WCPO-TV in Cincinnati.