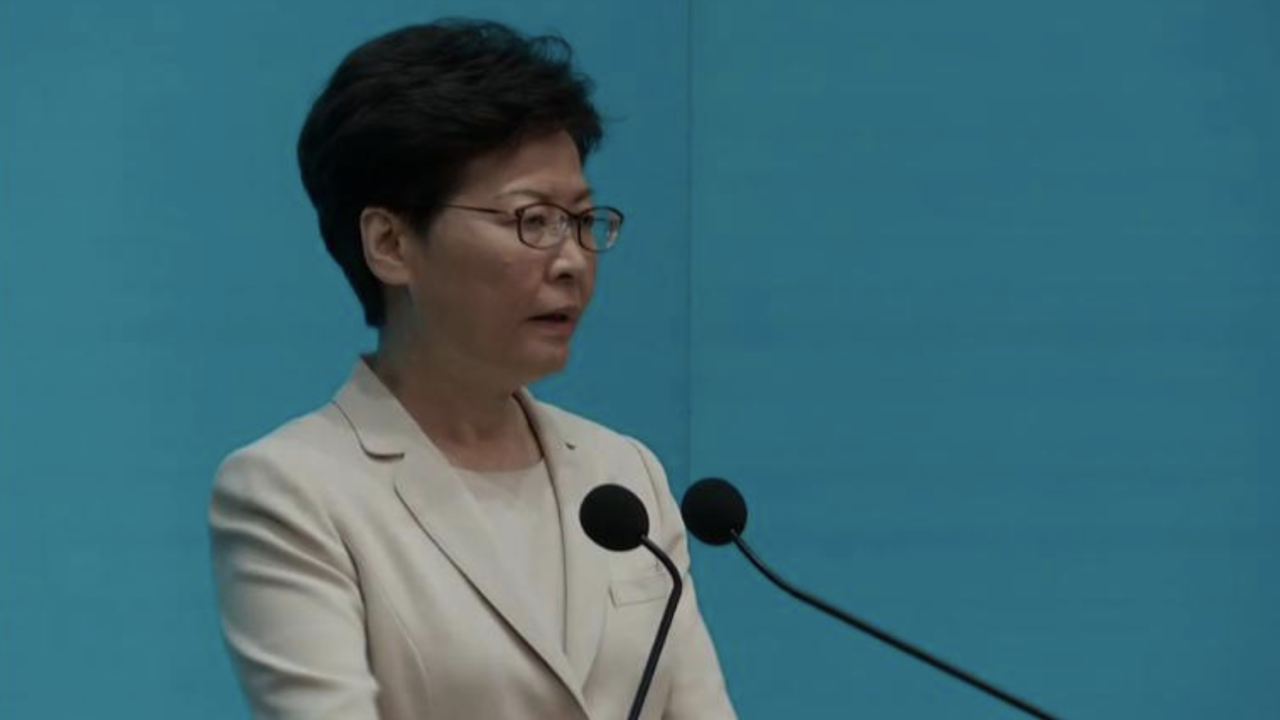 Hong Kong's leader has issued a rare public apology in the wake of repeated record-breaking protests that called for the withdrawal of a controversial extradition bill with China that she introduced and championed.

Speaking Tuesday, two days after protest organizers estimated 2 million people took to the streets to demand the bill be fully withdrawn and that she step down, Chief Executive Carrie Lam said she wanted to offer the city her "most sincere apology."

"I have heard you loud and clear and have reflected deeply on all that has transpired," she said. "The concerns over the last few months have been caused by the deficiencies of the (Hong Kong) government."

However, it's doubtful that Lam's somewhat stilted, emotion-free display will be enough for many of her critics. Her speech echoed comments she made on Saturday in the wake of violent protests last week.

That statement, in which Lam said she was suspending the extradition bill, failed to dampen Sunday's turnout and may even have led more to join the protest.

Nor did Lam completely withdraw the bill, a key demand of Sunday's protests. Instead she reiterated that the process was suspended and there was no timetable for its resumption.

Lam's speech, Tuesday, comes after Hong Kong police walked back a characterization of last week's violent protests -- in which police used tear gas and rubber bullets and were recorded using heavy force against peaceful protesters -- as a "riot." Police Commissioner Stephen Lo said only those found to be using violence against police would be considered rioters, after protesters on Sunday demanded the government withdraw the controversial description. Under Hong Kong law, rioting is considered a serious offense, punishable by up to 10 years in prison.

Following Sunday's march, the third major protest in a week, both critics and supporters of Beijing-backed Lam had suggested she might have to resign in order to prevent future marches and demonstrations.

However, those close to the administration were clear that this was unlikely.

"It's not too difficult to submit a resignation letter, I have done that myself ... but it's more difficult to stay behind and take care of the aftermath," Regina Ip, a member of Lam's cabinet and former security minister, told CNN on Monday. "We would like her to continue to hold the fort ... it's not easy to deal with the fallout and clean up this mess. I think she should do her duty."

Ip said that Lam retained the support of her ministers and Beijing. At a regular press conference on Monday , Chinese Foreign Ministry spokesman Lu Kang said that the central government "will continue its firm support for the Chief Executive and the (Hong Kong) government in carrying out their work according to law."

While Lam has emphasized that she wishes to stay in her role, it is unclear that Beijing would have allowed her to go even had she wanted to. Under the Basic Law , Hong Kong's de facto constitution, if the chief executive resigns, a replacement must be selected within six months.

The selection process of the chief executive is hugely controversial. It was the cause of the 2014 Umbrella Movement, after the government failed to pass political reform and left the power to select the city's leader in the hands of a Beijing-dominated election committee .

Removing Lam and restarting the selection process would be unlikely to bring any kind of peace to the city and would reopen questions that Beijing is happy to have settled -- at least until 2022 when Lam's current term runs out.

Few people believe the rest of that term will be particularly productive, Lam will face fierce opposition within the legislature, which holds its own elections next year and may return a body even more critical of her.

"I believe my work in the next three years will be very difficult," Lam said. She did not respond to a question about whether she would be running a "lame duck" government.