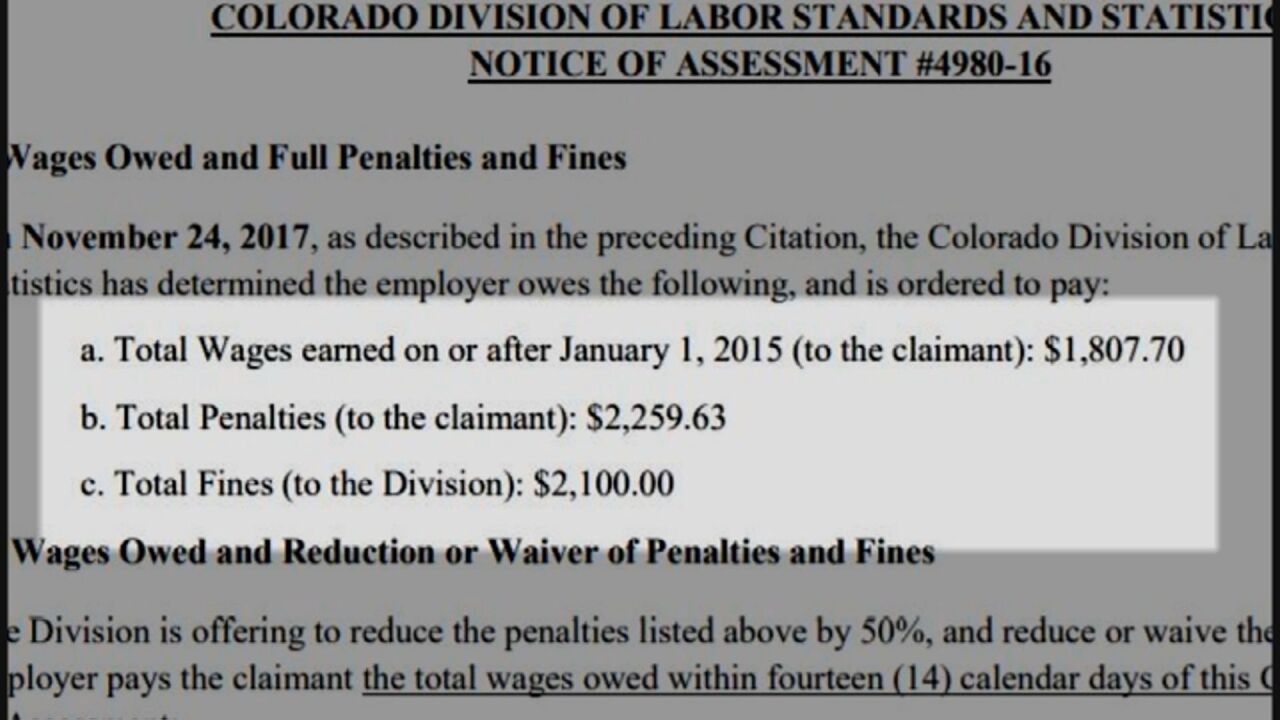 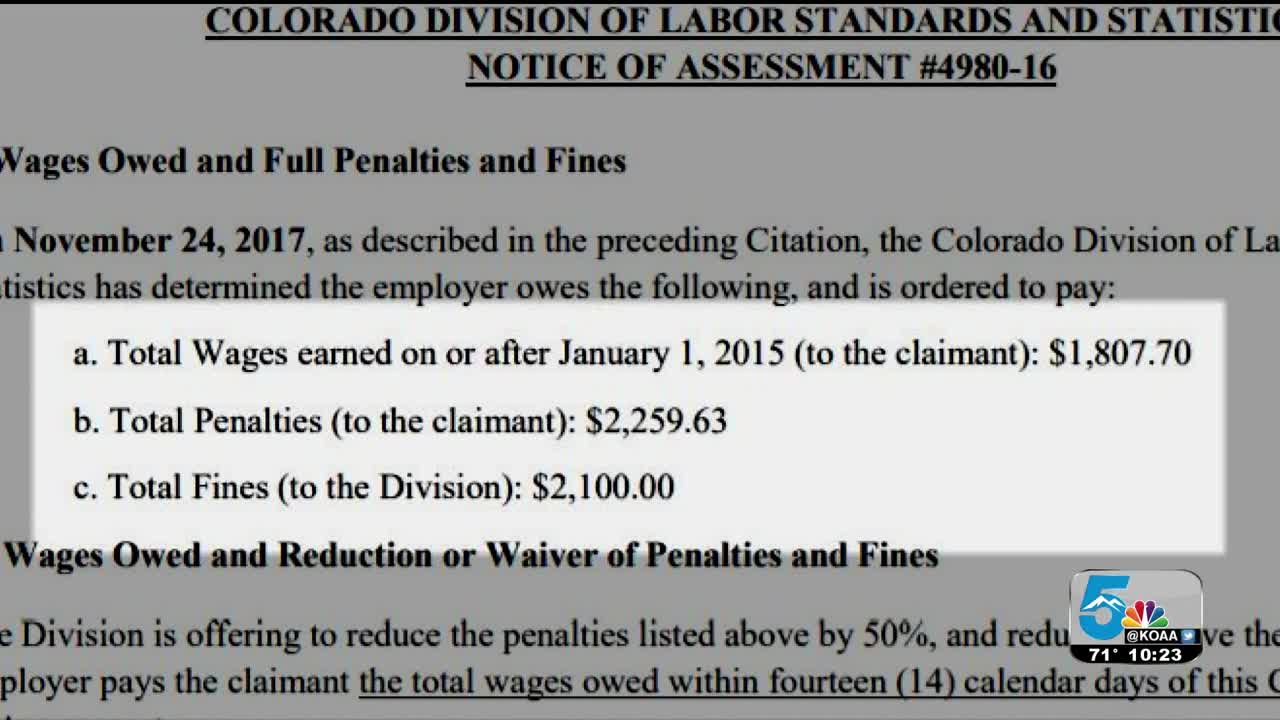 MANITOU SPRINGS — The News5 investigation continues into a Manitou Springs restaurant accused of shortchanging waiters and waitresses on their tips. We uncovered state records showing the Division of Labor opened an investigation and found at least one waiter is owed thousands of dollars. That waiter is speaking with News5 for the first time.

It's been 3 years since Daniel Grepiotis last worked at PJ's Stagecoach Inn in Manitou Springs. Since then, he's spent much of that time filing paperwork with the Colorado State's Division of Labor to recover credit card tip money he says he's owed. Even with the state ruling in his favor, he is still waiting for his money.

This summer News5 sat down with Andrea Schaus, a former PJ's Stagecoach Inn waitress who filed a claim with the Colorado Division of Labor that hundreds of dollars in credit card tips were missing from her paychecks. The state continues to look into those claims.

During our investigation we uncovered state documents that show investigators with the division of labor say PJ's Stagecoach Inn already owed another employee more than $1,800 in credit card tips and another $2,200 in penalties. We now know that employee is Daniel Grepiotis.

"As we were watching your story. I actually saw my documentation on there, so that was kind of interesting. I was like, oh really? Yeah, I haven't been paid a dime from them. They just deny everything basically every time I try to contact them they just won't talk to me," said Grepiotis.

Grepiotis worked at PJ's Stagecoach Inn for just three months and says he decided to file a claim with the state when he noticed he was being shorted on his paychecks.

"In this situation we were paid the minimum tipped wage and what we made in tips should have been ours and it was stolen from us basically," said Grepiotis.

Even after going through the state process Grepiotis has been discouraged, waiting years and not seeing a penny of his money.

"I was like, so how do we go about collecting this with the labor board and they're like well it's up to you and they left me high and dry after that," said Grepiotis.

But now labor law attorney Gregory Givens is representing Grepiotis and the pair have a plan.

"We're going to file this note of assessment and get a judgment that's enforceable in state court. So that means that he can collect from PJ's Stagecoach Inn through their bank accounts, their till, or their property, or anything of that nature to satisfy that judgment," said Givens.

This has been a long process for Grepiotis. He shares this warning with anyone who is working as a waiter or waitress for the tipped wage in Colorado.

"I think that people just need to be aware and to follow the money trail a little bit better and just to be aware of what's going on and if they are getting taken advantage of," said Grepiotis.

While this story was being crafted News5 had phone conversations with the attorney who says she represents PJ's Stagecoach Inn. News5 also emailed her the state paperwork that explains what Grepiotis is owed. News5 was told there is no comment at this time.

If you need help finding the resources to file a wage complaint with the state visit: https://www.colorado.gov/pacific/cdle/complaint-forms