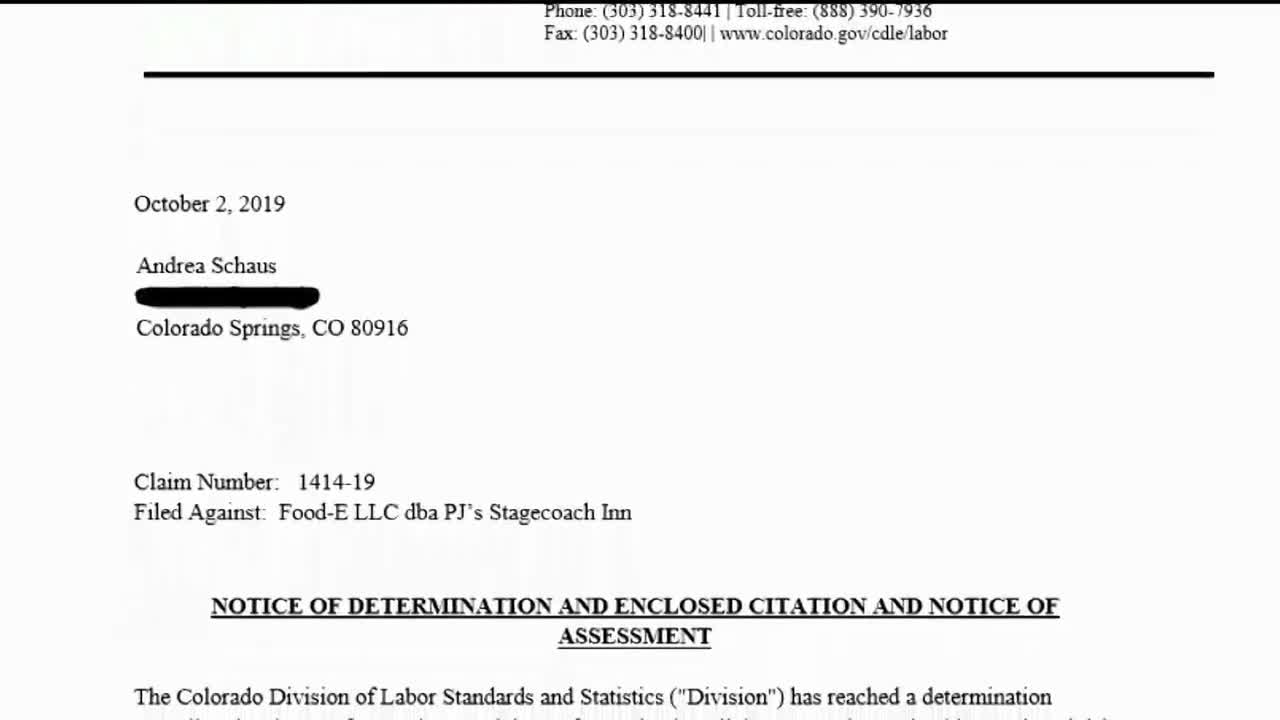 The Colorado Department of Labor has ruled against a popular Manitou Springs restaurant caught keeping tip money from a waitress and it's not the first time. After months of investigation the state is demanding the employer pay more than $11,000 in wages and penalties. 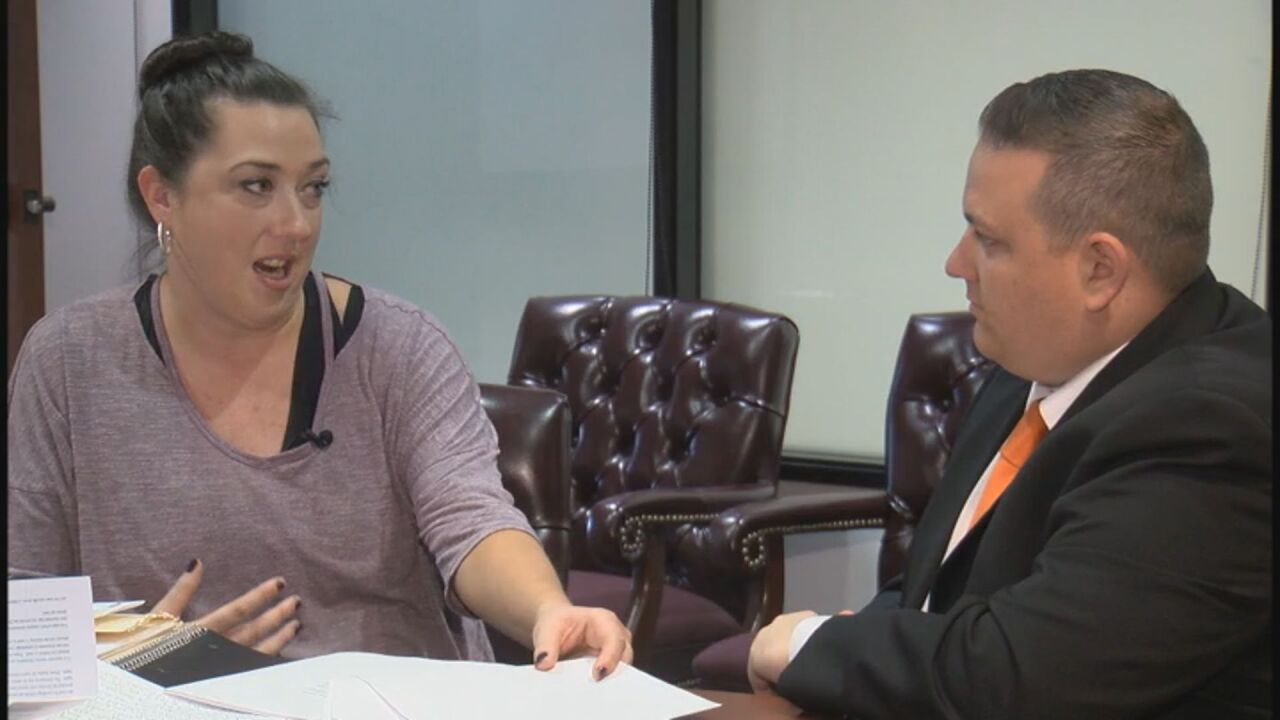 MANITOU SPRINGS — The Colorado Department of Labor has just issued a ruling against a popular Manitou Springs restaurant caught keeping a waitresses tip money and this isn't the first time the restaurant has done this. When we first met Andrea Schaus back in June she told us her boss was cheating her out of her tip money. After months of investigation she's now getting results. The state is now demanding her former employer pay more than $11,000 in wages and penalties as a result of willfully violating state labor laws.

This summer Andrea Schaus met with News5 Investigates after leaving her job as a waitress at PJ's Stagecoach Inn where she was paid the tipped minimum wage of $8.08 an hour, less than the $11.10 state minimum wage. Earning the tipped wage, she says she was entitled to credit card tips she received during her shift, but she showed us paperwork to back up her claims that something wasn't adding up on her paychecks.

"I saved all of my shift reports and I've always handwritten my credit card tips on the shift report, but I've also been saving my credit card report for that day. They took out $164.83 of my tips," Andrea told News5 during an interview back in June.

Over the span of four months we've reached out to the owner of the restaurant, went to his home, and spoke with attorneys representing the business, but we're still waiting on an explanation for the missing tip money from Andrea's paychecks.

In the meantime, we learned another employee made the same claims back in 2017 where the state ruled the restaurant owed him thousands of dollars in unpaid wages and penalties. That employee was Daniel Grepiotis.

"We were owed those tips and they were stolen from us basically," said Grepiotis.

According to the state's ruling Andrea is owed more than $4,000 and the state is asking the restaurant to pay more than 7,000 in penalties. Andrea says it wasn't until she decided to talk with News5 Investigates that she felt like her voice was really heard.

"It was encouraging that somebody is listening to me. I am not crazy. Because every time I tried to mention something to any kind of manager or anything at Stagecoach it was all justified," said Schaus.

Both Andrea and Daniel are still working to get the money the state says they are owed. They both hope waiters and waitresses making the tipped wage in Colorado will learn from their experiences always keeping a close eye on paychecks.

"I think that people just need to be aware and to follow the money trail a little bit better," said Grepiotis.

"Save all your shift reports, your credit card reports and just keep track of your own money," said Schaus.

Waiters and waitresses tell me if you are a customer at a restaurant the best way to make sure they get the tip money you leave is to tip in cash.

If you need help finding the resources to file a wage complaint with the state visit: https://www.colorado.gov/pacific/cdle/complaint-forms