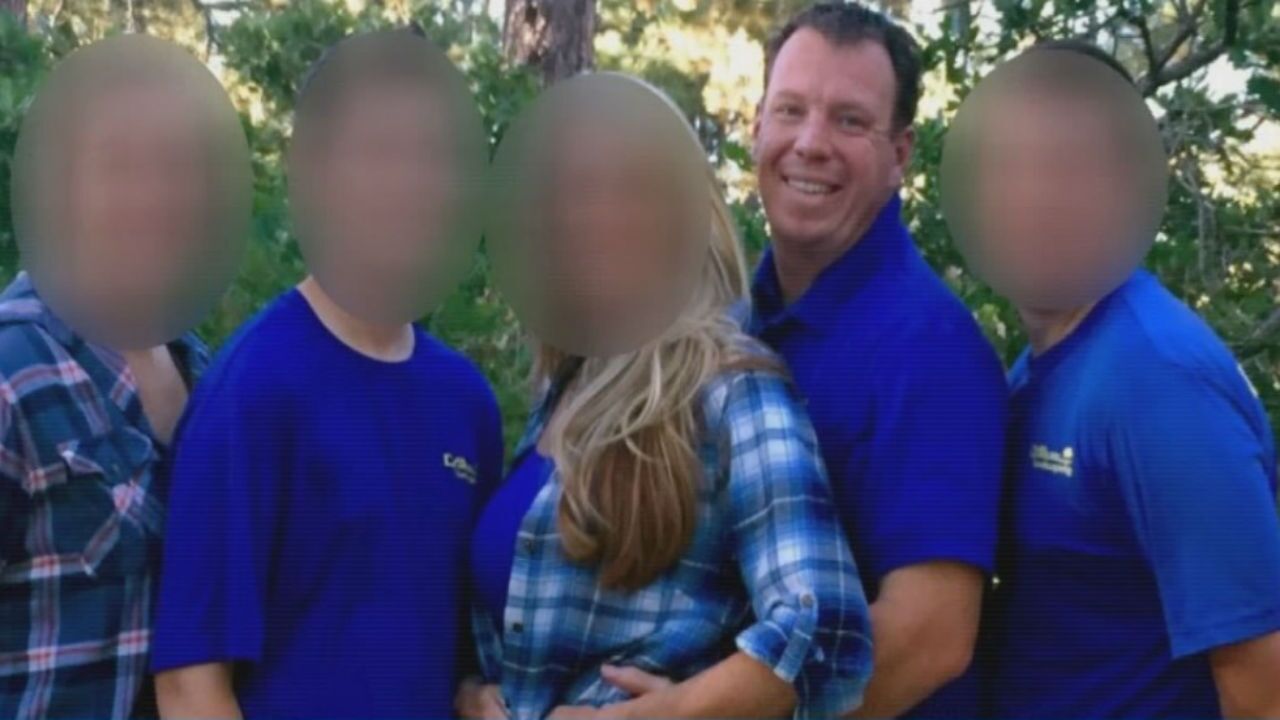 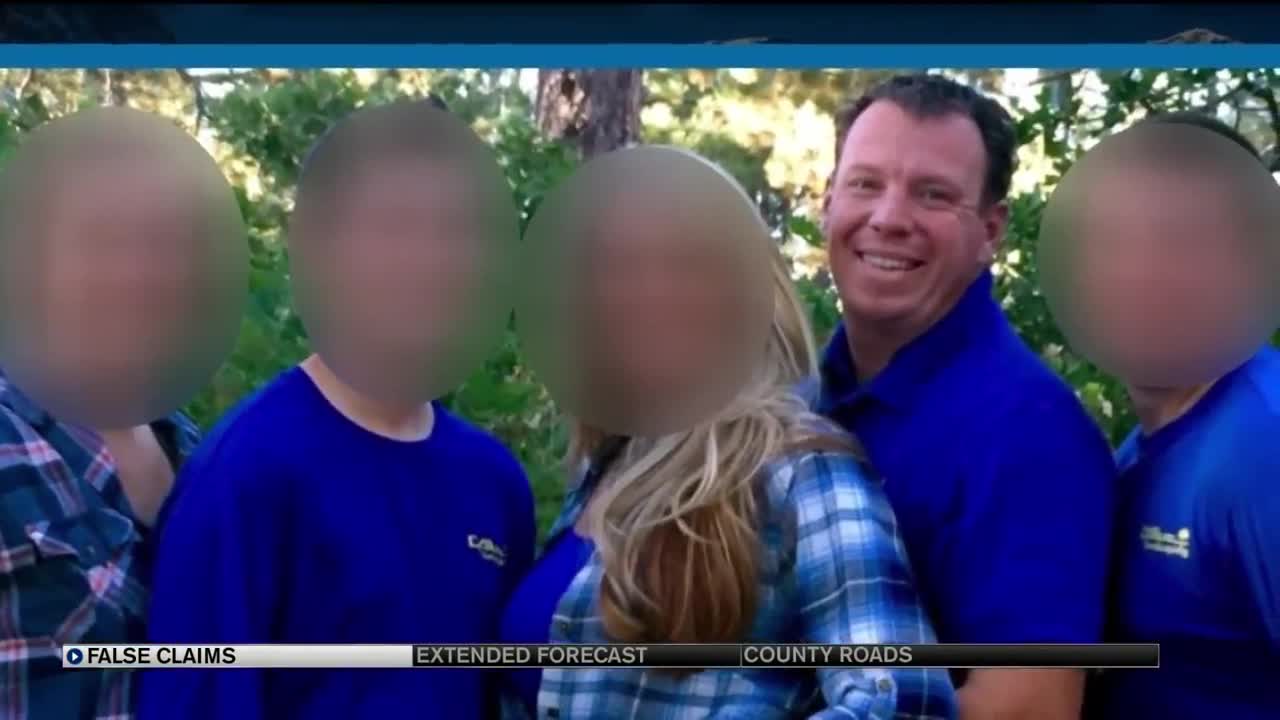 Impersonating a police officer is a serious crime and carries possible felony charges in Colorado. News 5 Investigates is looking into allegations brought forward by Ted Collins, a Larkspur homeowner who says a landscaper he hired to build a shooting range in Larkspur lied about his law enforcement background.

He identified the landscaper as Brad Dail, the owner of Dail and Son Landscaping based out of Monument. Collins says Dail told him he previously worked for the Denver Police Department, but DPD tells News 5 Investigates that they don't have a record of a "Brad Dail" working for them.

While the police department doesn't know who Dail is, the court system knows him well.

"He said he wanted 50% payment up front, followed by 25% at the halfway point and the last 25% at the completion point," Collins said.

Collins told News 5 that everything started out on the right foot when he hired Dail.

"I found him online," he said. "I had been looking for landscapers and I had called multiple ones to try and get one in my area. He (Dail) is the one who responded and got back to me the quickest."

Dail came out to survey the property and Collins said he even asked him if he had experience with shooting ranges.

"He told me at that point he's a former law enforcement officer for Denver PD," he said. "I wasn't suspicious at all."

After Collins said he paid Dail nearly $9,000 (75% of the total cost of the project), he claims Dail tried to re-negotiate the size of the range and then claims he just stopped returning.

"The last thing I heard from him is that he's not coming back and he's keeping the money essentially," Collins said.

In an email, the Denver Police Department confirmed to News 5 that Dail has not worked for their agency.

In a 2009 case, records show Dail owes more than $300,000 to Dakota Financial LLC. Records also show Dail's company was previously listed under High Country Tree LLC., but the name of the business he currently operates is now Dail and Son Landscaping---as reflected on his current web site.

"He hadn't installed the drainage," Collins said. "He just left a bunch of dirt just piled up behind a trench area behind my buildings. This contractor had no remorse. Hopefully this doesn't happen to anyone else because honestly I could care less about getting my money back. I just don't want anyone else to have this happen to them because it's stressful."

Collins has filed a police report with the Douglas County Sheriff's office. We did confirm the case number he provided us is assigned to an active fraud investigation. However, in order to protect the integrity of that case, a spokesperson declined to comment further.

You can watched an extended version of our interview with Collins here.

News 5 reached out to Dail on three separate occasions to hear his side of the story. Two emails and a voice message were not returned prior to deadline. However, News 5 Investigates has advised Dail that we have an open door policy and at any time, we're willing to sit down and talk with him on the record. We also advised him that he could send an official statement if he wishes. With the exception of public officials, there is no obligation for a citizen or business owner to speak with a news organization.

News 5 Investigates was able to connect with Dail via telephone on the morning of August 6, 2019. He also has sent multiple emails since our original story aired. Dail told Chief Investigative Reporter Eric Ross that he believes he performed satisfactory work and does not believe any type of refund should be issued to Collins. He says he received a total of $8,800 to build a shooting range. While Collins claims Dail attempted to change the dimensions of the range after construction started, Dail says it was Collins who attempted to change the dimensions to build a larger range than their initial agreement. However, neither party could produce an official, signed contract. All communications between Dail and Collins took place by phone, via text or in-person. Consumer experts always encourage homeowners and contractors to have all contractual obligations written on an official document or letterhead to limit the possibility of a dispute. Dail also responded to the allegation claiming he represented himself as a former law enforcement officer. He says he held a POST (police officers standard training) certification for approximately 5 years. This is a standard certification law enforcement candidates must possess in order to be hired as a law enforcement officer. News 5 has contacted POST. A spokesperson said they could only confirm whether Dail has a current certification on file. On August 7, 2019, a spokesperson advised News 5 that Mr. Dail does not hold a current/active POST certification.

A case report filed with the Douglas County Sheriff's Office reveals Brad S. Dail, the owner of Dail and Son Landscaping was investigated for criminal impersonation, impersonating a police officer and theft ($5,000-$19,999).

The investigation which began in the summer of 2019 was launched after homeowner Ted Collins filed a police report regarding a gun range he hired Dail to build.

In January 2020--- several months after the initial case report was filed, the Douglas County Sheriff's Office has concluded its investigation without the filing of any charges.

"Without the presence of a written contract, it is impossible to determine if (Ted) or Brad is correct when it comes to who owes who money," the report said. "Therefore, the theft charge in this case is deactivated."

Possible charges for impersonating a police officer and criminal impersonation were ultimately unfounded.

At the time of our original report, Dail's company had a "C+" rating with the Better Business Bureau. An updated check of the BBB's web site in March 2020 reveals Dail and Son Landscaping has a "D" rating.

Q: If I'm having an issue with a contractor or worker I hired to perform a job, who should I contact and what should I do?
A: If you hired a contractor to perform work and they didn't do any work but collected a payment up front, you should report that to your local law enforcement agency. You may also file a complaint with the consumer protection division at the Colorado Attorney General's Office. They can be reached at 720-508-6000. However, complaints may be filed online now.

Q: Do you recommend we check ratings with the Better Business Bureau?
A: News 5 Investigates encourages all homeowners to do their research before hiring anyone. While the Better Business Bureau can be a resource to see complaints and reviews, keep in mind, that's just one of multiple online outlets with information. You can check previous lawsuits against a contractor or business by going to the records unit at your local courthouse. There are also many word-of-mouth reviews posted on sites such as Yelp and Google. Keep in mind, they are simply reviews and may contain opinions.

Q: Many contractor issues are written off as civil cases. How do I avoid a headache of having to go to court to dispute a case?
A: Unfortunately, litigation is required in order for money to be refunded. However, to expedite the process, it's important to keep good records. A good track record starts by having a formal contract in writing. The Better Better Business Bureau has always encouraged customers to get contracts in writing. It's a lot harder to prove cases that involve obligations made in-person or over the phone. Having a signed document by both parties with a start and end date is the first line of defense.

Q: Can you clarify the attempts you made to reach Mr. Dail before going to air with this story?
A: Absolutely. Our story aired on the evening of August 5, 2019. News 5 sent two emails on the evening of Wednesday, July 31, 2019 and followed up the very next day (August 1, 2019) with a phone call and voice message. We also followed up with another email on the evening of August 4, 2019 as a final opportunity to hear his side of the story. Each time, we made it clear that we wanted to hear his version of events and address this specific case. In our initial email, we also disclosed that we wanted to address some of the lawsuits that have been filed in the past.

Q: If I'm doing research on an individual or business and notice they have been sued in the past but I'm not a party to that lawsuit, can I still get a copy of that record?
A: Absolutely. Lawsuits are a public record.

Q: If I'm having issues with a person or company, will you do a story?
A: News 5 Investigates evaluates situations on a case-by-case basis. No case is ever the same. For example, if someone wants us to do a story involving a contractor issue, we require either a) a copy of any lawsuit filed b) a consumer complaint with the Colorado AG's Office or c) a police report. In this particular case, Collins had filed a police report and provided that case number to News 5 Investigates. News 5 Investigates then independently verified that the case number provided is associated with an active, ongoing investigation.