News 5 Investigates: Colorado principal and superintendent under investigation for lying about her credentials 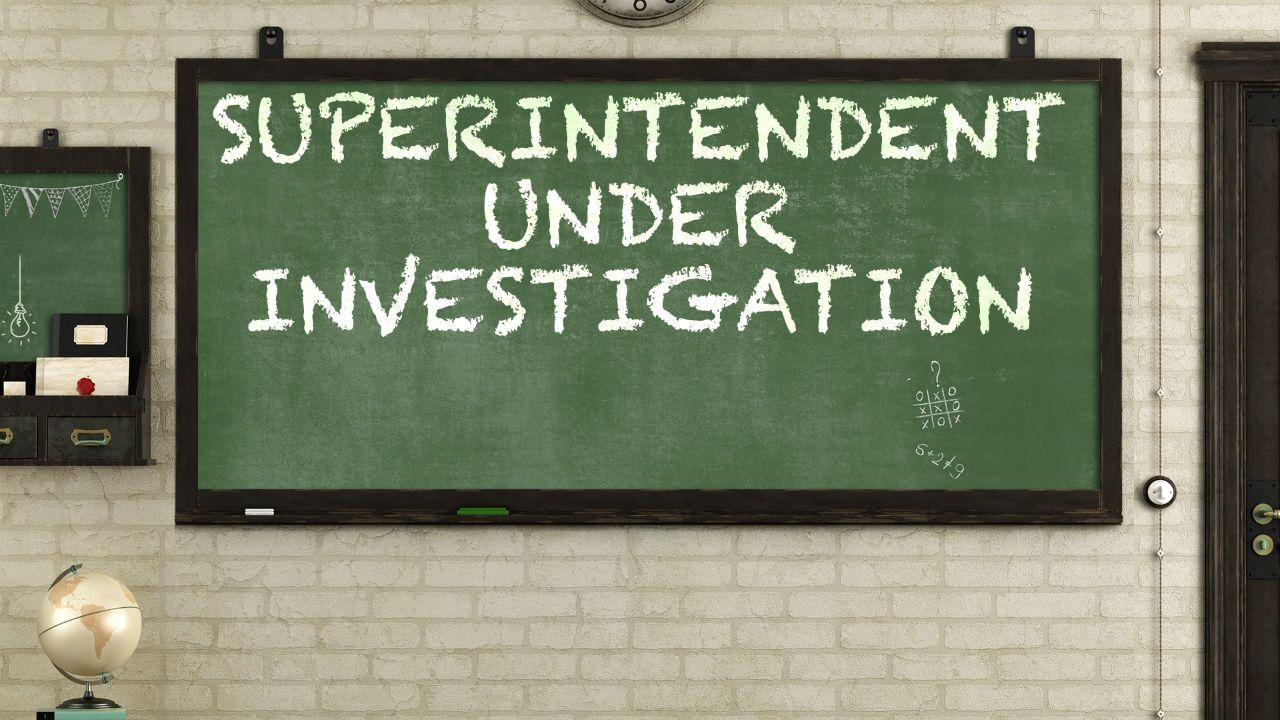 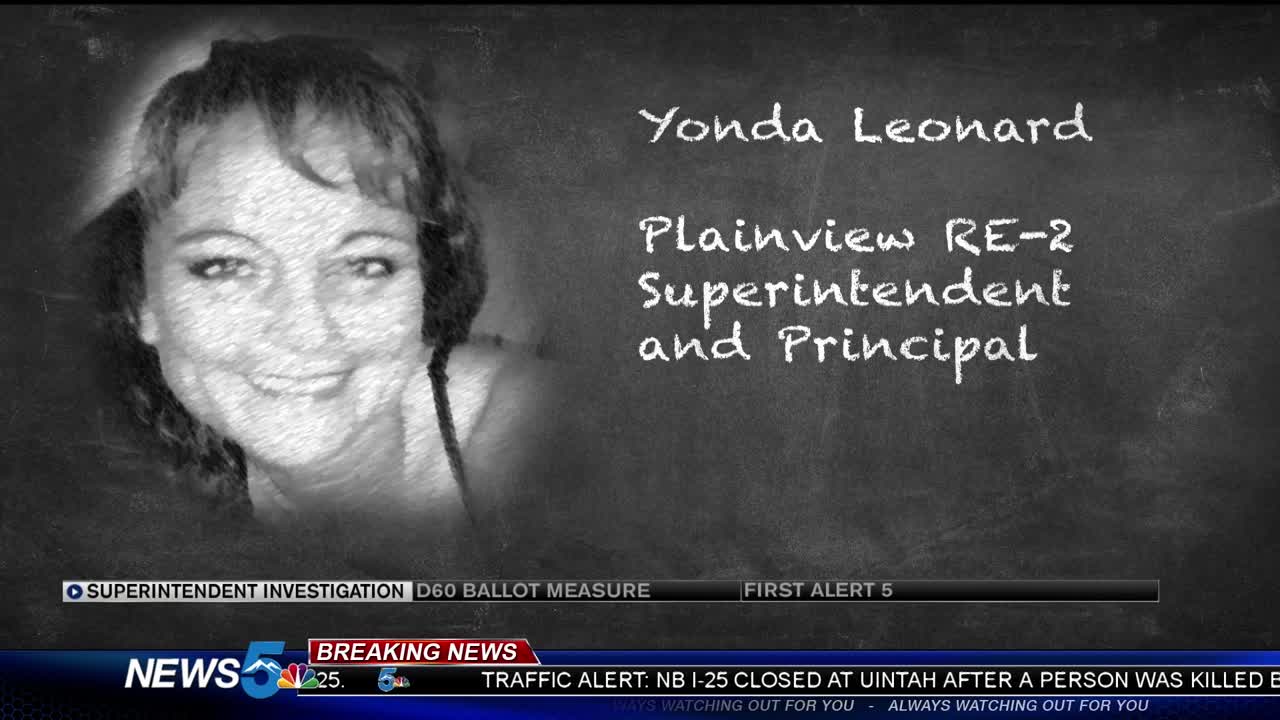 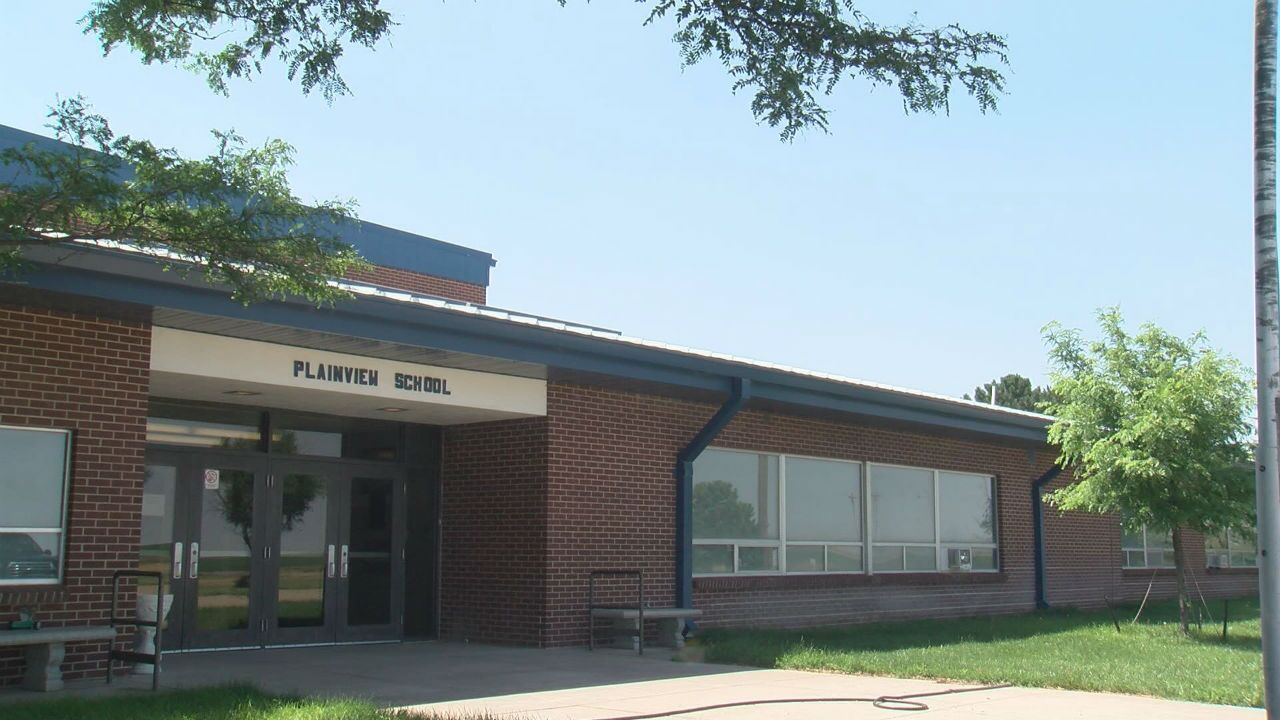 KIOWA COUNTY — News 5 Investigates has uncovered a Colorado superintendent and principal lied on her resume and doesn't have the credentials she claims she holds.

This discovery has prompted both a criminal and state investigation.

Chief Investigative Reporter Eric Ross began working this case in late-April, but we decided to wait until we could confirm the Department of Education knew what we had already discovered.

State records we obtained show Plainview RE-2 School District Superintendent and Principal Yonda Leonard has been keeping a secret from the community and school board.

"It's not fair to our kids to have somebody in there stating they have these licenses and they don't," Sheridan Lake resident Kathy Davis said.

Davis' grandchildren attend Plainview School in Kiowa County where Leonard serves as the school's prinicipal and superintendent over the district---a position she's held for nearly a year.

"This is not a good situation," Davis said. "She (Leonard), in my mind, has lied to everyone in the community about what she has and what she doesn't".

According to this letter from the Colorado Department of Education sent directly to the school board on May 16, 2019, the CDE found Leonard does not hold an administrator or principal's license.

"Ms. Leonard needs to have a principal license to be employed as a building principal, and she does not," the letter states.

Davis says based on this evidence, she believes Leonard needs to be removed from the district.

"She needs to be immediately dismissed," Davis said. "I don't know what the Board of Education does about people who falsified records, but I really think she needs to be gone."

Leonard was appointed interim principal and superintendent at the beginning of the 2018 school year. In a 3-2 vote cast in April 2019, Leonard's title was made "permanent".

News 5 Investigates learned that on February 8, 2019--- six months after serving as the school's principal and superintendent, Leonard decided to submit an application for her principal's license.

"In support of her principal's license application, she (Leonard) stated that she completed the coursework at the University of Colorado at Colorado Springs (UCCS) with a completion date of December 1, 2018," The Colorado Department of Education said in its May 16, 2019 letter. "In validating her principal's coursework and completion of the programs, UCCS informed CDE that Leonard was enrolled in UCCS' Principals' Licensure Program, but had not completed the program."

Leonard also told the Colorado Department of Education that she completed an alternative program at the Southeastern Board of Cooperative Educational Services (BOCES).

However, the Southeastern BOCES said Leonard never enrolled in their program.

"Leonard failed to provide all of the required documentation in support of her applications," CDE said. "Her applications were deemed incomplete by CDE."

Davis questions Leonard's motive to lie about her credentials.

"Why is she lying? That doesn't set a very good example for our children."

In the "accomplishments" section of Leonard's resume she submitted, she also stated she possesses a Special Education Generalist Endorsement. That too is false, according to the Colorado Department of Education.

"The Plainview School Board hired Leonard for the position (superintendent and principal), but under contentious circumstances," CDE said. "At the April 25, 2019 board meeting, witness accounts indicated that Leonard presented a document, which she claimed was her teacher and principal's license, to include a SPED (special education) endorsement. The CDE issues these licenses individually for a teacher and principal with unique license numbers and other details and not as one encompassing document. The Plainview School Board President and Vice-President requested a copy of said license, but Leonard refused to provide a copy."

After repeated attempts to hear Leonard's side of the story went unanswered, Chief Investigative Reporter Eric Ross and his photojournalist made the drive down to Plainview School on July 10, 2019.

As a courtesy, Ross called the school prior to filming to alert the district that we were in town.

As Ross approached the front doors to drop off a business card after being told Leonard was not in the office, he was met out front by Pam Shelton, the superintendent's administrative assistant.

Ross again questioned whether Leonard was at work.

Ross asked the question once more.

"She's not (here)," Shelton said. "She may be tomorrow. I don't know. Summer hours are kind of crazy."

Ross asked, "None of these vehicles out here are her vehicles?"

"No," Shelton said. "She was here earlier. She is already gone."

Shelton went back inside and as we continued shooting video outside of the school, the district's business manager, Dawna Peck, came out.

As we were explaining our presence to her, an unidentified woman came outside and moved the truck identified as Leonard's around the back.

"Is that what they told you is that she wasn't here?"

Not only was Leonard inside the school, she called the Kiowa County Sheriff's Office.

"The superintendent does act as the owner of the school property," Kiowa County Deputy Avery Snover said. "She doesn't want you on the property."

News 5 Investigates agreed to leave the property after Deputy Snover informed us Leonard does not wish to make a comment or address the state's findings, but we returned a day later to attend a public school board meeting.

Leonard sat with her back faced to our camera, and Ross spoke during public comments to inform the school board about our news investigation.

After speaking, Ross asked, "Does anyone (on the school board) have any questions?"

The school board was advised by its attorney not to comment on the case and did not make any statements.

In fact, News 5 Investigates has learned this incident has resulted in the school board, district and Leonard hiring legal counsel.

Leonard was initially placed on paid administrative leave, but has since been allowed to return to work pending the outcome of the investigation being conducted by the Colorado Department of Education.

The CDE tells News 5 that state confidentiality standards prevent them from commenting on the case.

Meanwhile, News 5 Investigates has also learned the Kiowa County Sheriff's Office requested the school board and district provide Leonard's employment records for its own investigation.

On Wednesday, July 10, 2019, Leonard issued the following statement to KOAA News 5 via a Facebook message:

I am under attorney advisement not to discuss the issue.

On June 24, 2019, the Kiowa County School District RE-2 (Plainview Schools) Board of Education released the following statement via their attorney:

The Kiowa County School District RE-2 (Plainview Schools) Board of Education (Board) was contacted by the Colorado Department of Education (CDE) on May 16, 2019 regarding licensure and endorsement issues concerning Interim Superintendent and Principal Yonda Leonard. Ms. Leonard was placed on paid administrative leave by the Board on May 28, 2019, while the licensure issue is addressed by CDE. As a personnel matter, the Board is limited as to its ability to comment further or answer additional questions.

Clarification: After the board's attorney issued the above statement last month, the board decided to allow Leonard to return to work pending the outcome of CDE's case.