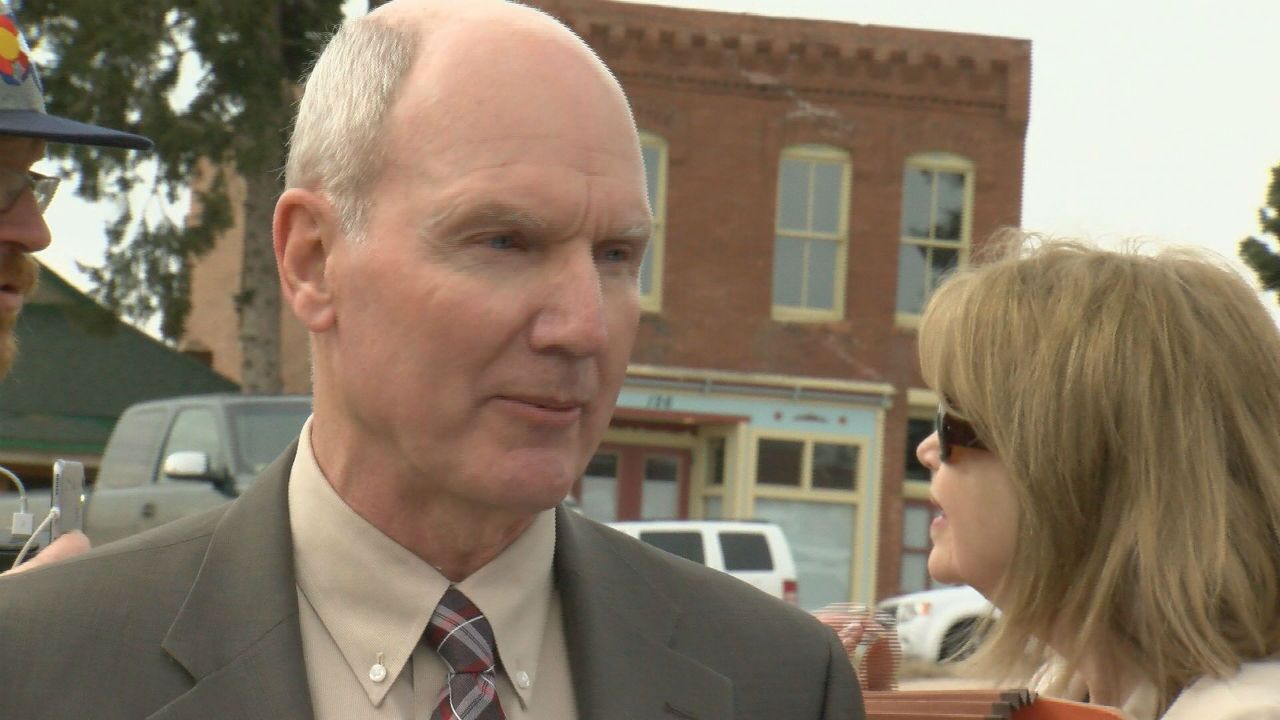 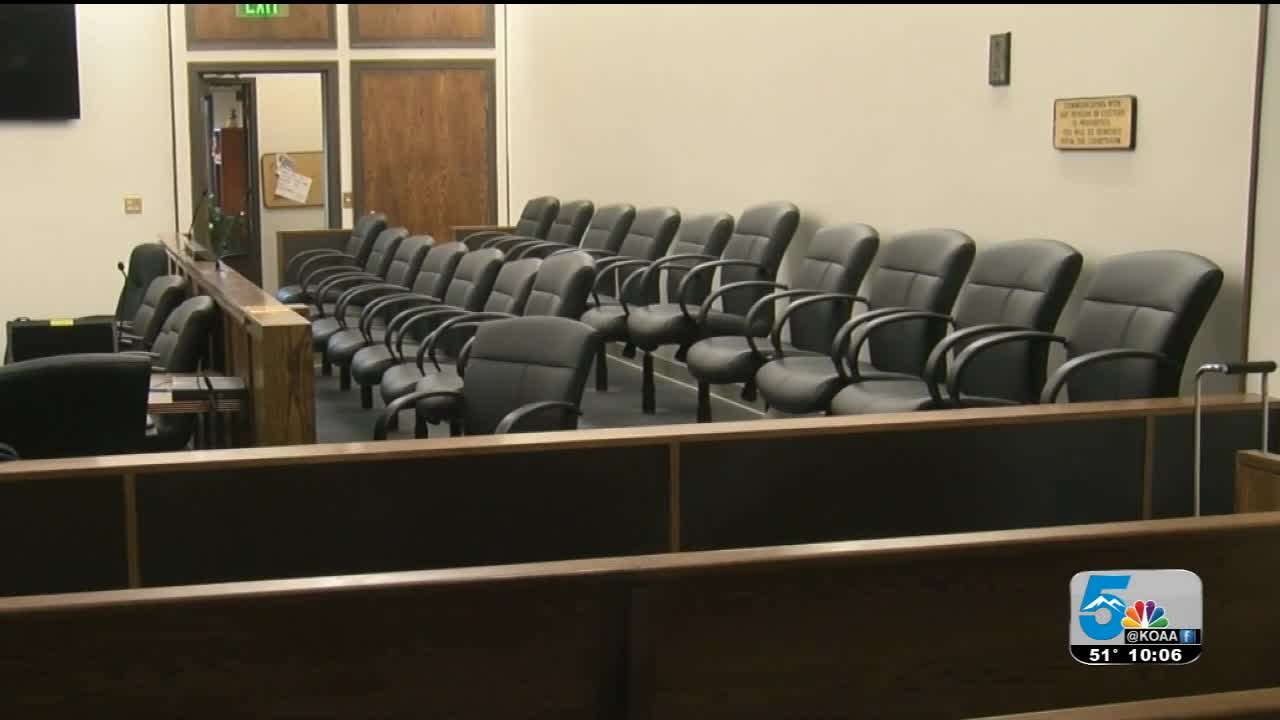 In both cases, prosecutors gave Edward T. Fickas a plea deal that allows him to avoid spending time in prison.

However, News 5 is aware of a third case involving Fickas and now the 4th Judicial DA's Office can't account for it.

Fickas targeted people with physical disabilities by selling them wheelchairs he never delivered.

"He doesn't answer the phone when I call him and he doesn't call back when I leave him (Fickas) messages," Ron Hall, one of Fickas' customers told News 5 in an interview last year.

After Hall was unable to get his wheelchair or money back from Fickas, he reached out to Chief Investigative Reporter Eric Ross for help.

In an email to News 5, Fickas told us he lost his business and blamed his wheelchair supplier, Golden Technologies, for doubling the cost of his wheelchairs.

An undercover investigation and inquiry to Golden Technologies revealed Fickas had lied to us.

Our hidden cameras caught Fickas selling wheelchairs at a local senior living center. He even offered to sell one of our undercover employees the same wheelchair Hall had originally ordered.

Shortly after our undercover investigation aired, the senior center cut ties with Fickas.

In October 2018, Fickas was charged with felony theft in a case involving an at-risk adult.

Colorado Springs police say he sold a wheelchair to a different victim and didn't deliver the product.

In this case, Fickas pleaded guilty and received a 4-year deferred sentence.

Four months later, in February 2019, the Littleton Police Department charged Fickas with another case of theft---this time for taking a customer's wheelchair on consignment and never giving the owner money after it was sold.

This case which was handled in the Arapahoe County Court System resulted in Fickas receiving another 4-year deferred sentence.

What is a deferred sentence?

A deferred sentence is a sentence that is suspended until after a defendant has completed a period of probation. If the defendant fulfills the stipulations surrounding probation, a judge may then throw out the sentence and guilty plea, clearing the incident from their record. In both cases, Fickas has been ordered to pay restitution.

Wouldn't the second case filed in Arapahoe County void the deferred sentence given in the El Paso County case?

"The Arapahoe (County) offense date predates the date of the plea," 4th Judicial DA spokeswoman Lee Richards said. "Had the date occurred after the plea, the deferred sentence could've been revoked."

Understanding the statement from the 4th Judicial District

Had the offense date for the Arapahoe County felony case occurred after Dec. 11, 2018, Fickas may been in violation of his probation terms from the El Paso County case, according to Richards.

What about Mr. Hall's case?

When we asked the 4th Judicial District Attorney's Office about Hall's case, we didn't get very far.

"You'll want to check with CSPD for that," spokeswoman Lee Richards said in an email to News 5.

News 5 immediately followed up with CSPD Lt. James Sokolik who said those case details were submitted to the DA's Office for review. He says Hall's case (18-22510) was turned in together with another case (18-37490). However, court records and the arrest affidavit show the 4th Judicial DA's Office only filed a single felony theft charge in relation to case #18-37490.

We followed back up with the 4th Judicial DA's Office twice and did not receive an answer.

After our story on Hall aired last year, Michael Haze, a local veteran decided to step up to the plate and make things right for Mr. Hall.

"We saw the news report about the individual that was not treated fairly by one of the mobility dealers here in town and I just felt it was wrong," Haze told News 5.

Without any hesitation, he donated a gently used power chair to Hall.

Fickas also returned a portion of Hall's money after we got involved.

As a result of helping Mr. Hall get a replacement wheelchair and money back, the Colorado Springs Police Department told KOAA management that they had opened a felony extortion investigation into Ross.

According to a spokesperson with CSPD, asking and giving someone an opportunity to right their wrongs before airing a news story could be seen as extortion, which is why this matter was presented to the DA's Office for review.

"The DA's Office did not find any wrongdoing on Mr. Ross' part," Lt. Sokolik said in an email.

While it is an industry standard to reach out to all subjects involved in a story, we have a practice of giving contractors, business professionals and companies an opportunity to investigate, address and correct issues that have been brought to our attention in advance of a news story. Whether someone is truthful and shows a good-faith effort to right a wrong greatly changes the style, tone and presentation of our story. In this particular case, Mr. Fickas was given several days to make the situation right before we moved forward with our broadcast. During our first investigation into Fickas' business, the Colorado Springs Police Department reached out to me and asked if I could provide them with the names and contact information of any additional victims who came forward. We voluntarily complied without a subpoena and provided CSPD will all information they had requested to assist them with their case. It wasn't until additional stories were broadcast that a former spokesperson with the Colorado Springs Police Department advised KOAA management that I was under investigation for extortion. At no time did any member of CSPD seek to interview me before turning the case over the DA's Office for review.

After our story aired, Lee Richards, the lead spokeswoman for the 4th Judicial District Attorney's Office sent an email to KOAA 5, pushing blame back on the Colorado Springs Police Department. Richards offered this explanation as to why charges were not pursued in Mr. Hall's case:

"Our office received an arrest warrant from CSPD relating to the theft from one victim only," Richards said. "Additional counts for other victims weren’t included in our case. However, during the prosecution of that case, we were able to obtain a court order for restitution payments for all known victims whom Mr. Fickas still owed money."