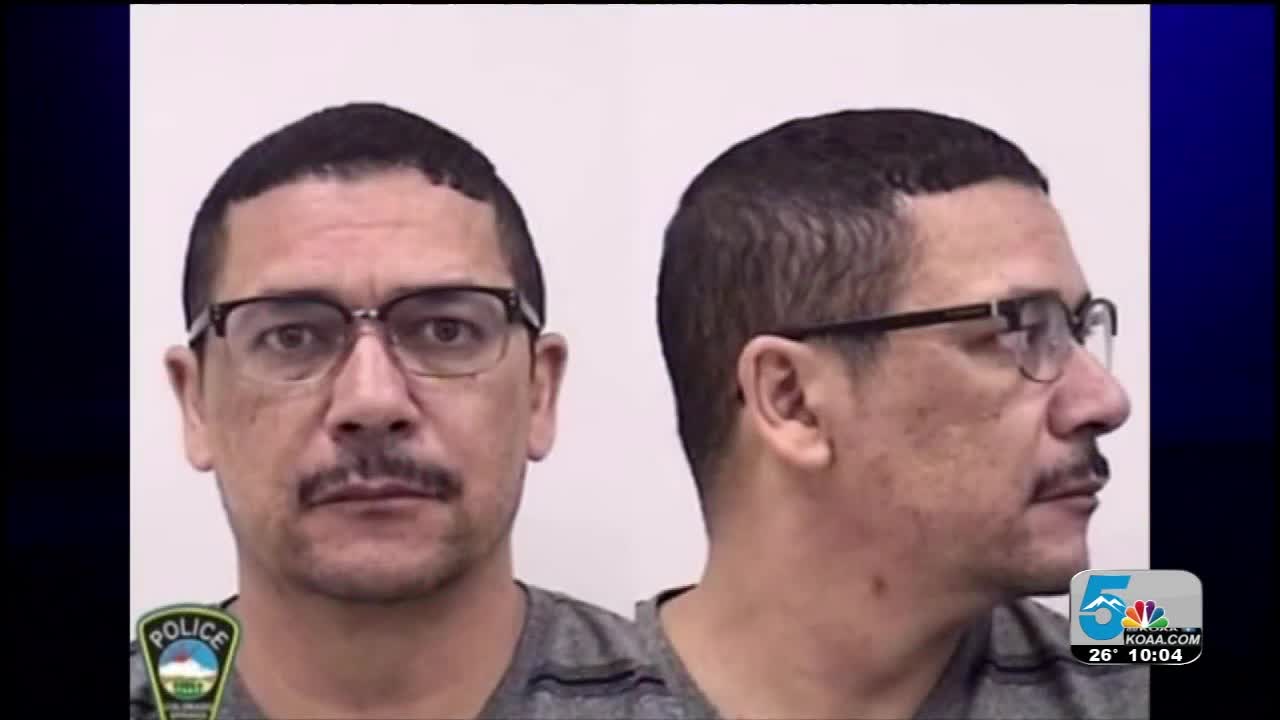 Instead of going to prison in a criminal case that concluded earlier this year, Hector Gonzalez was allowed to walk away on probation. News 5 Investigates also uncovered police arrested him in a previous case for assaulting more young girls a decade ago, but the 4th Judicial District Attorney's Office declined to prosecute that case. 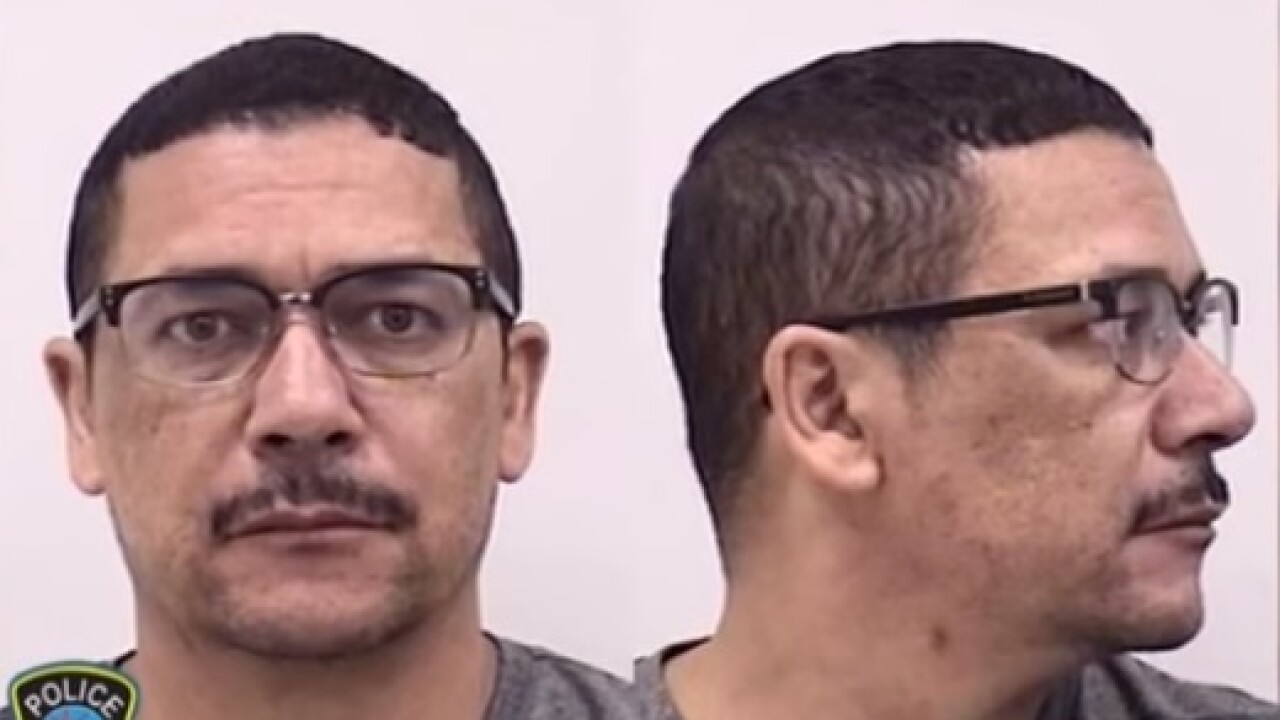 EL PASO COUNTY — Instead of going to prison in a criminal case that concluded earlier this year, Hector Gonzalez was allowed to walk away on probation.

News 5 Investigates also uncovered police arrested him in a previous case for assaulting more young girls a decade ago, but the 4th Judicial District Attorney's Office declined to prosecute that case.

"I was in awe with the plea deal," Valerie Montoya said.

Montoya is outraged at a 2019 plea deal offered to Gonzalez, a man who sexually assaulted her granddaughter who was just 4-years-old at the time.

"Why should this man get to ride off in to the sunset like he did nothing?"

Montoya cared for her granddaughter in her mother's absence, but she couldn't always be there.

Gonzalez and his wife lived across the street and frequently volunteer to watch her granddaughter.

"If there were days I might be late from work, I would call Hector or Susan (Hector's wife) or text them and be like, 'I'm running late can you grab the kids?''

Montoya says Gonzalez and his wife were always willing to help out.

As time went on, Gonzalez was babysitting Valerie's granddaughter overnight and on weekends, all while his wife was reportedly away.

Red flags started popping up in Montoya's head after Gonzalez came over one day for a pool party.

"Hector grabbed my granddaughters hand and said, 'C'mon you're going to stay with me today.'" Montoya told News 5. "My granddaughter had turned around and looked at me and had tears in her eyes,. That plays in my head over and over because I didn't know if the tears in her eyes were because she was leaving grandma's house, or was it because she was going to go over there and something bad was going to happen?"

The 4-year-old eventually broke her silence to her family and was taken to Memorial Hospital for a sexual assault kit test.

According to investigators, the abuse began in Sept. 2017 and continued through July of 2018---just a couple of weeks before Gonzalez was arrested.

Looking back, Montoya says she missed several red flags. She says Gonzalez would frequently buy her granddaughter clothes and gifts.

"I have an immense amount of guilt," Montoya said. "I think that I should have caught this and the red flags you talk about, I didn't see anything at that time and afterwards, I think of knowing she's across the street with him and I'm in my own house."

Instead of going to trial, the 4th Judicial District Attorney's Office offered Gonzalez a plea deal.

Gonzalez pleaded guilty to one felony sexual assault charge and the misdemeanor unlawful sexual contact charge in exchange for all other charges being dropped.

He accepted the deal and received a 4-year probation sentence.

"People go to jail for far less than what this man did," Montoya said.

Now, two more sexual assault survivors are coming forward, claiming they too were molested by Gonzalez a decade ago. Both say the District Attorney's Office did nothing.

Mikayla Windley says Gonzalez molested her over a period of 5 years.

She says it started when she was just 5-years-old.

She eventually had the courage and strength to report it when she was 9.

"He (Gonzalez) said, 'Do not tell anybody or I'll kill you and your family.'"

Windley says Gonzalez would babysit her while her parents were out of town. Although she's a grown adult now, she's emotionally scarred for life.

"I'm paranoid about everything," she said. "Ever since all this has happened, I'm scared of him finding me, killing me, molesting me again. It's just changed who I am completely."

She says Gonzalez began molesting her when she was 4-years-old.

"After that it carried on until I was maybe 7-years-old and then it was actual rape," Madson said. "He took away my self confidence and he took away my childhood really."

Madson and Windley said they both talked with police.

Back in 2009, Gonzalez was arrested on four counts of sexual assault on a child.

In 2011, the case was officially dismissed and closed at the request of the 4th Judicial District Attorney's Office.

Court documents show the case was dropped in part because "more investigation was required", presumably to gather additional evidence.

"Mr. May is unavailable as he will be in trial for the next month or so," Richards said in an email to all KOAA 5 staff Tuesday.

While May is likely now busy with the prosecution of Patrick Frazee, we did reach out to Richards last week, in advance of jury selection in the Frazee case which began Monday.

We asked Richards whether there is a date in December after the trial that we could tentatively plan on to ask May questions about both cases.

As of late Wednesday evening, Richards has not responded.

Madson and Windley have to live every day with memories of what happened more than a decade ago. They hope one day, justice will be served.

"I don't want to be portrayed as a victim. I am a survivor," Madson said.

As for Montoya, she sold her house and moved to a different part of El Paso County.

"We lived in our home for 15 years," Montoya said. "We had no intentions of ever moving but at the end of the day, you can only re-arrange your living room so many ways. You still have to go out that front door and that house (Gonzalez' house across the street) has become that house."

According to court records, he'll remain on probation until 2023.

If you're not comfortable reporting an assault to law enforcement, there are numerous agencies throughout Colorado (and nationwide) that specialize in helping people who have through traumatic experiences.

Here is a list of some of those resources:

Has another agency helped you out and isn't mentioned above? Please email me at Eric.Ross@KOAA.com so we can add those agencies to the list.

As always, if you have a problem or issue you'd like our team to investigative, send an email to News5Investigates@KOAA.com or call our tip line at 719-228-6275.