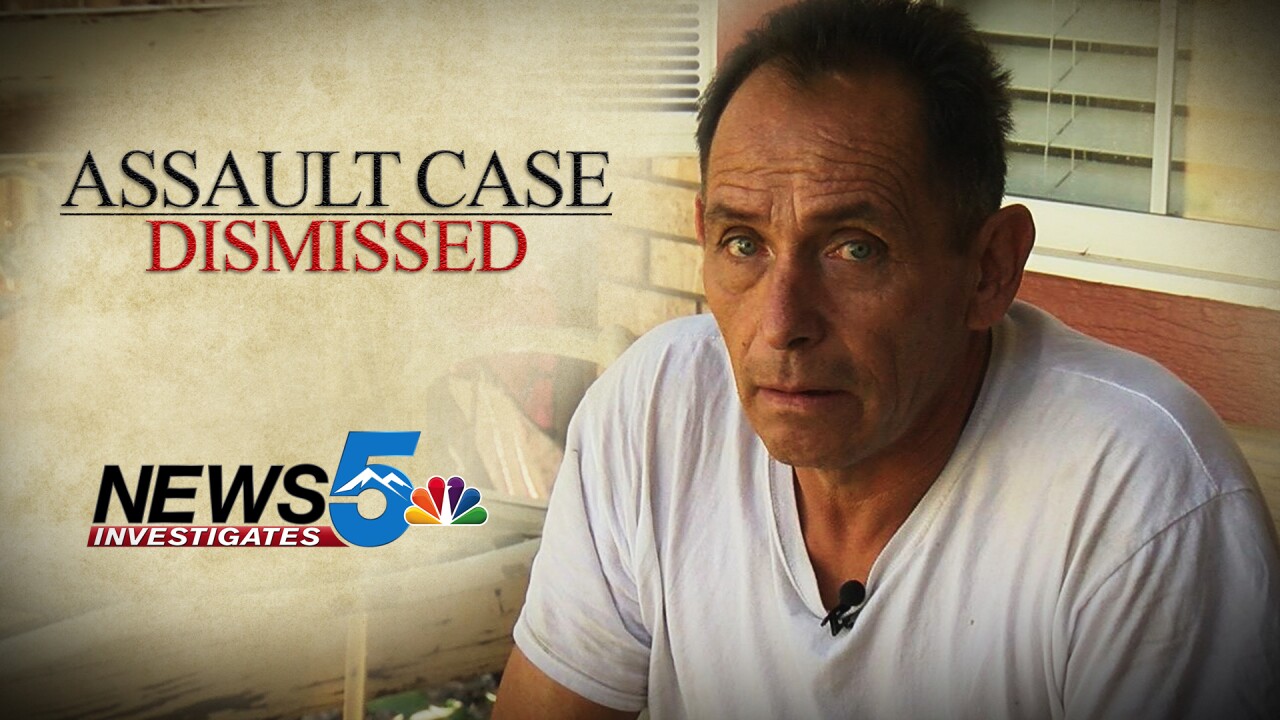 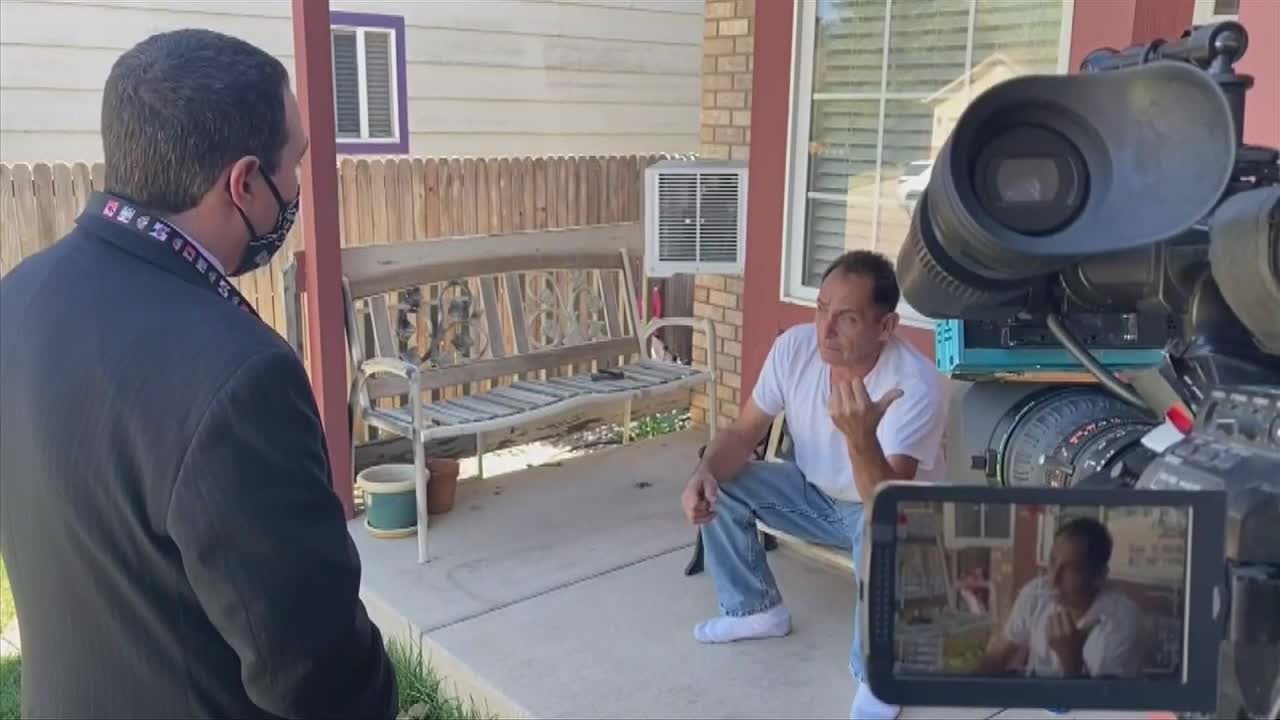 EL PASO COUNTY — A Widefield man says a high-ranking sheriff's deputy made up a crime that never happened.

Back in August, Tony Twiss was charged with felony assault on an officer and thrown in jail, but video evidence obtained by News 5 Investigates shows the man never touched the officer.

Two weeks after our original story aired, we learned the 4th Judicial District Attorney's Office entered a motion to dismiss the case against Twiss.

Still, there are questions over what's going to happen to the sheriff's lieutenant who made the arrest.

Tony says he was getting ready to run to Wal Mart on Aug. 31 when he noticed an unmarked SUV parked outside his daughter's bedroom window.

"As I was walking out of the house, I looked out her room window and seen that there was a vehicle sitting out there," Tony said.

Tony claims there has been previous petty crime in his neighborhood and found the SUV's location suspicious. He approached the SUV with a flashlight as a curious neighbor.

"I shined the light on the car," Tony said.

According to Tony, the lieutenant wasn't happy about him approaching the car with a flashlight.

"He (Lt. Huffor) tells me not to be shining lights on people because I could get hurt and then he tells me for me to give him my ID," Tony said. "I pulled it out and said wait a minute, let me grab my camera we'll quick and I'll be back."

It's unclear why Lt. Huffor wanted Tony's ID. No crime had been committed and Tony was not part of any investigation.

Tony says he wanted the situation documented so he went back inside his house to get his wife.

A few minutes later, his wife comes out with her phone recording and Tony says he asked for his ID back.

"He says you're free to go," Tony said. "He says you don't have to give it to me anyway and then I thought myself, 'okay'. I said can you move your car so I can go?"

Instead of leaving, Lt. Huffor appears to antagonize Tony by telling him he can leave, but Lt. Huffor wouldn't move his unmarked patrol cruiser away from Tony's driveway.

It's unclear why Lt. Huffor decided to continue engaging in conversation with Tony.

As Tony turns away to walk back up his driveway, video shows the light from his flashlight briefly shining in Lt. Huffor's face. News 5 had to slow down the video in order to capture what happened because it occurred quickly.

Lt. Huffor then grabs a hold of Tony and appears to slam him on his patrol cruiser before placing him in handcuffs.

"You're under arrest for obstruction," Lt. Huffor told Tony.

However, court records obtained by News 5 show the misdemeanor charge of "obstruction" was upgraded to felony assault on an officer.

"If I assaulted him I deserved it, but I didn't assault him," Tony said. "I never touched him."

In an arrest report obtained by News 5 Investigates, Lt. Huffor alleges the flashlight caused him "instant pain", an "instant headache" and briefly disoriented him, but what's captured on video just doesn't match the lieutenant's version of events.

At no time on video did Lt. Huffor appear disoriented. He had no issue grabbing a hold of Tony and placing him in handcuffs.

Also, at no time did we hear Lt. Huffor call for medical attention for the reported pain he suffered.

Lt. Huffor's actions that night remain under administrative review according to the sheriff's office.

The motion to dismiss the case by the DA's Office had no objections from the courts and Twiss' attorney.

Two days after we aired our original story, Lt. Huffor went on Facebook to call our investigations "one-sided".

However, News 5 Investigates did give the El Paso County Sheriff's Office multiple opportunities to comment in advance of a news story.

Our news team keeps an "open door" policy and at any time, should Lt. Huffor wish to provide a comment, we'll be sure to update this story accordingly.

Have a story you'd like News 5 Investigates to look into? Send an email to News5Investigates@KOAA.com.