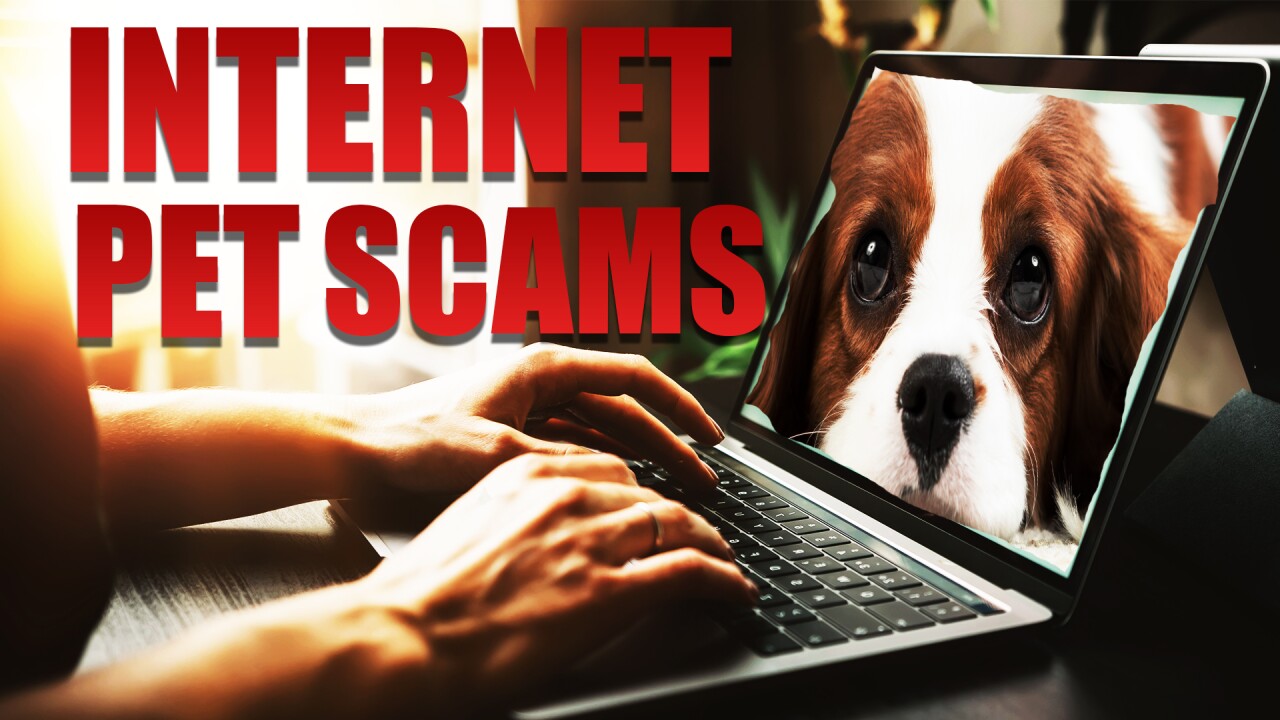 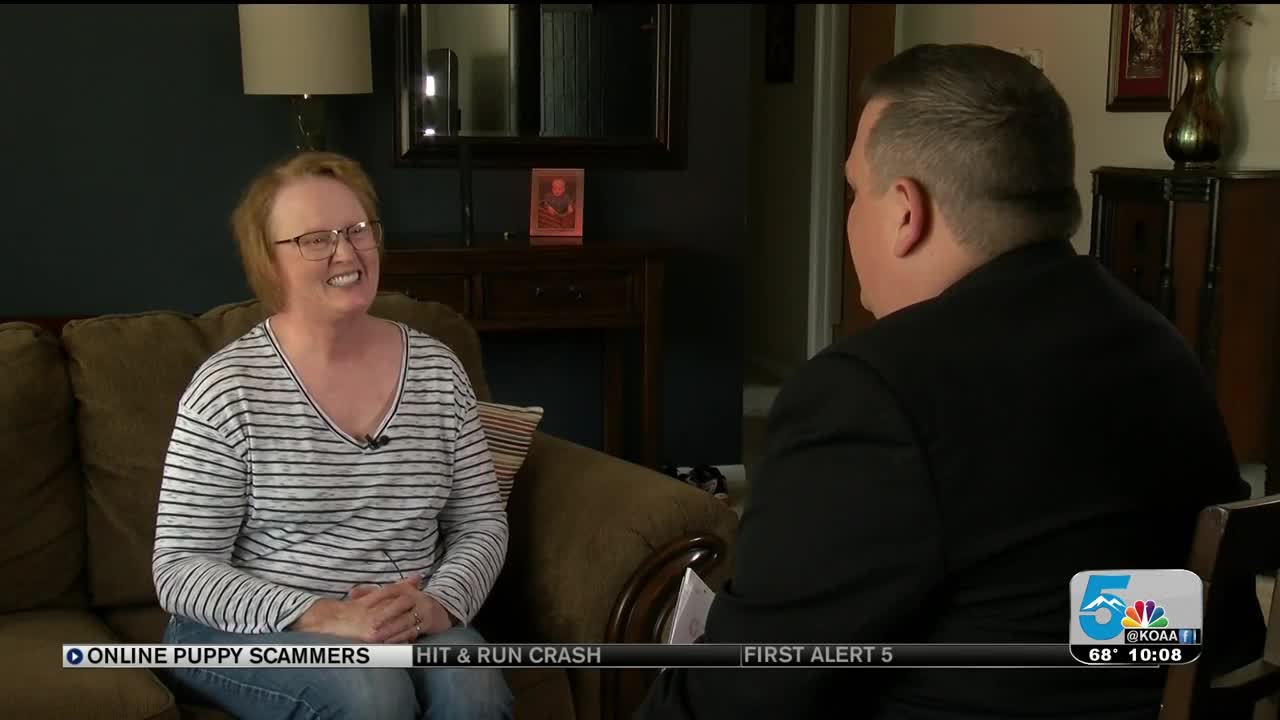 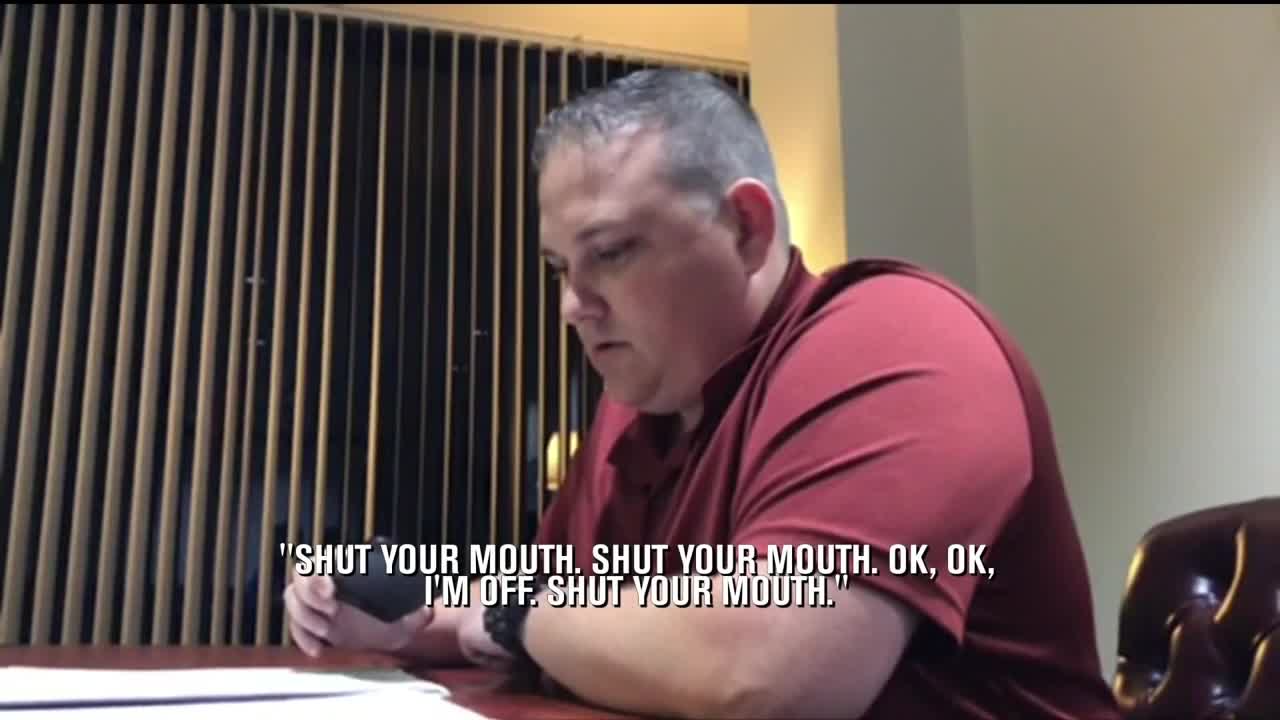 COLORADO SPRINGS — Animal lovers one after another were reaching out to News5 Investigates because they've become a prime target for scam artists this summer. Investigative Reporter Patrick Nelson shows us how it all starts when people find a pet online they'd like to bring home.

You may want to think twice about buying animals online after this story. Scam victims who called News5 Investigates say they were searching online for new puppies after having one they loved so much pass away. They believed they found the perfect pup for the perfect price, only to find out they paid for an animal that doesn't even exist.

"It's been two maybe three years since our last dog passed away and we both realized we wanted another one," said Colorado resident Mary Bucher.

Bucher and her family were in search of their next furry companion. That search took them online where they found harveyshihtzuhome.com and a 10-week-old puppy named Blaze. Bucher was thrilled.

She contacted someone through the website who quickly followed up saying this dog that normally costs thousands of dollars could be hers for a fraction of the price.

"He said he could do $300 and that's where is started," said Bucher. "It was so convincing. There were pictures of the dog there was his address. There were descriptions of the shots he had, so it was a very convincing set up."

Supposedly based in Woodbury, Minnesota Bucher says a man from the dog breeder website followed up with phone calls.

"Every time I saw that phone call it was like... Yes. Yes. Yes," said Bucher.

Then he gave her directions on how to pay.

"You'll use Walmart pay and ship it to Walmart in my town," said Bucher. "Someone picked it up within 10 minutes and he texted me and said 'Ok I got it, you'll get your dog tomorrow.'"

But Blaze never arrived and Bucher was told in an email she needed to pay more money for a crate to make his flight safer.

"I needed an air conditioned very expensive $1100 to $1300 crate and that's when I called the breeder back, the so-called breeder, and I said ' want my dog or the money or I'm calling the police,'" said Bucher.

Mary showed us the Walmart receipt from her money transfer and the paper trail of communication with people from the website who have since changed their phone numbers. When she realized this was all a scam she was devastated.

"I'm a nice person... I expect... I expect too much from dirty rotten scammers. So, now I don't have the money or the dog... I'm sorry," Bucher said with tears in her eyes.

Mustering up the courage to share her online dog shopping experience, she hopes to warn others so they don't have to deal with what she's going through.

"Learn from my mistake and I know how miserable I was when I found out it was all bogus. I didn't want anyone else ever to feel like that," said Bucher.

Bucher did file a complaint with the El Paso County Sheriff's Office who is investigating.

Bucher says she paid $388 to HarveyShihTzuHome.com for a puppy she never received. Where did that money go? There isn't a contact number on the website, so we filled out the online contact form and got a call from someone working for the website in a matter of minutes.

"Sir, I received your email about wanting a puppy, Blaze?," said the man on the phone.

"I didn't want a puppy, I just had a few questions about the puppy. You guys received $388 from a Mary Bucher and she never received Blase so I just wanted to follow up and find out why you have her money and why you haven't returned it yet?," said News5 Investigative Reporter Patrick Nelson.

"I don't know what you are saying, sir," the man on the phone replied.

The man on the phone went on to say he was based in Florida and continued to dodge our questions.

"Is your company willing to refund Mary Bucher her $388?," said Nelson.

"What I can tell you about the scammers is mostly, probably 90% of the time originate from Cameroon," said North. "They operate as very sophisticated gangs. They are extremely dangerous. Effectively what they do is they start of by creating a website as I said or maybe 100 websites and they'll try to net as many people as they can."

So in this case, who picked up Bucher's money in Minnesota? North says it's a "mule", or in other-words someone hired by the scammers who may not realize what's going on.

"Many times these mules are not willing accomplices of the scammers. They are actually students or people from low income backgrounds who are laundering money on behalf of the scammers and it shows the extent in which they can manipulate not only the victims, but the mules themselves and it's quite horrifying really," said North.

Unfortunately Mary is still out hundreds of dollars, but now she knows this is a major problem in the United States and she isn't alone. According to the Better Business Bureau's Scam Tracker since the start of the year more than 400 people have reported pet scams in the U.S. losing as much as $10,000 in the process.

To help you in your next search for a pet here are some helpful links: