Both victim and suspect in assault charged with "disorderly conduct" 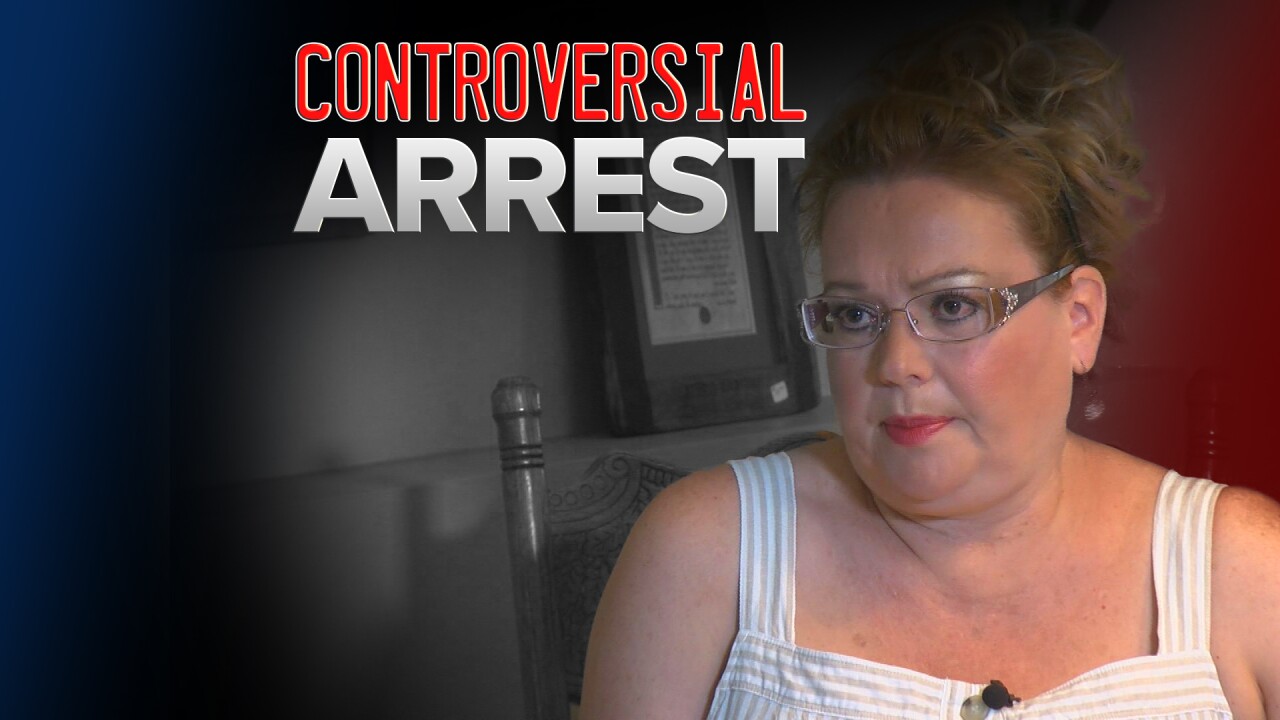 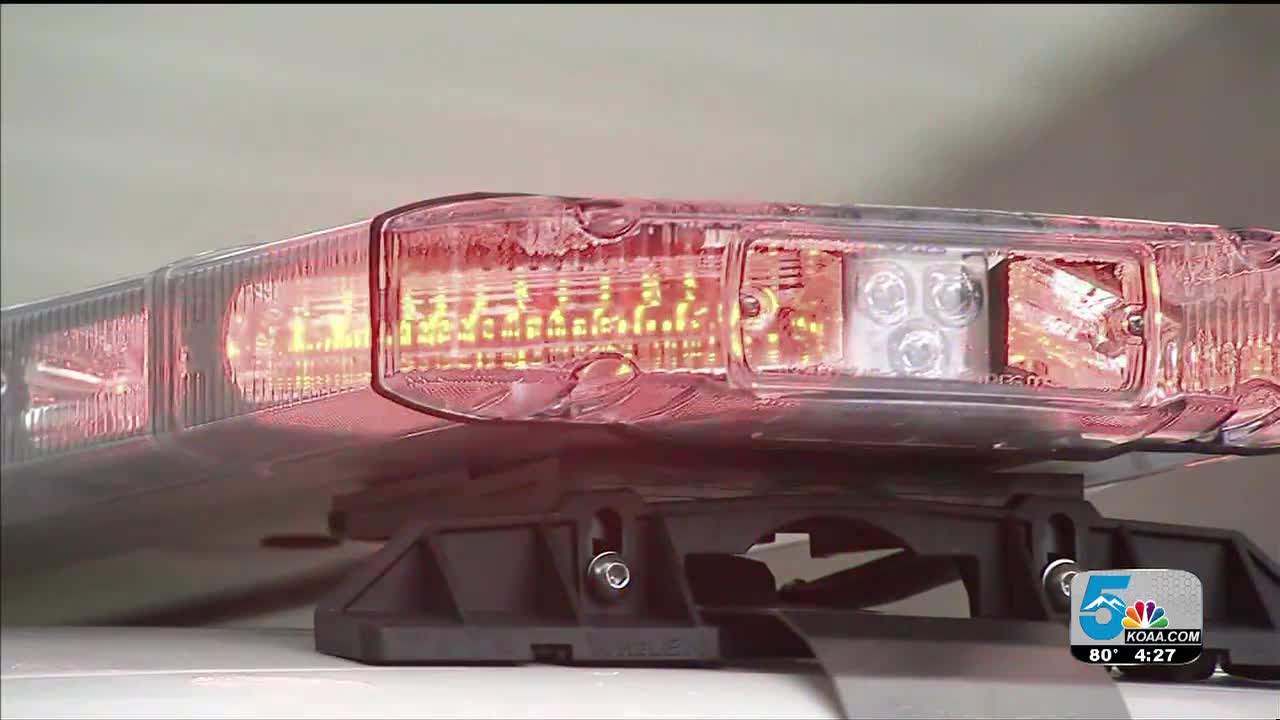 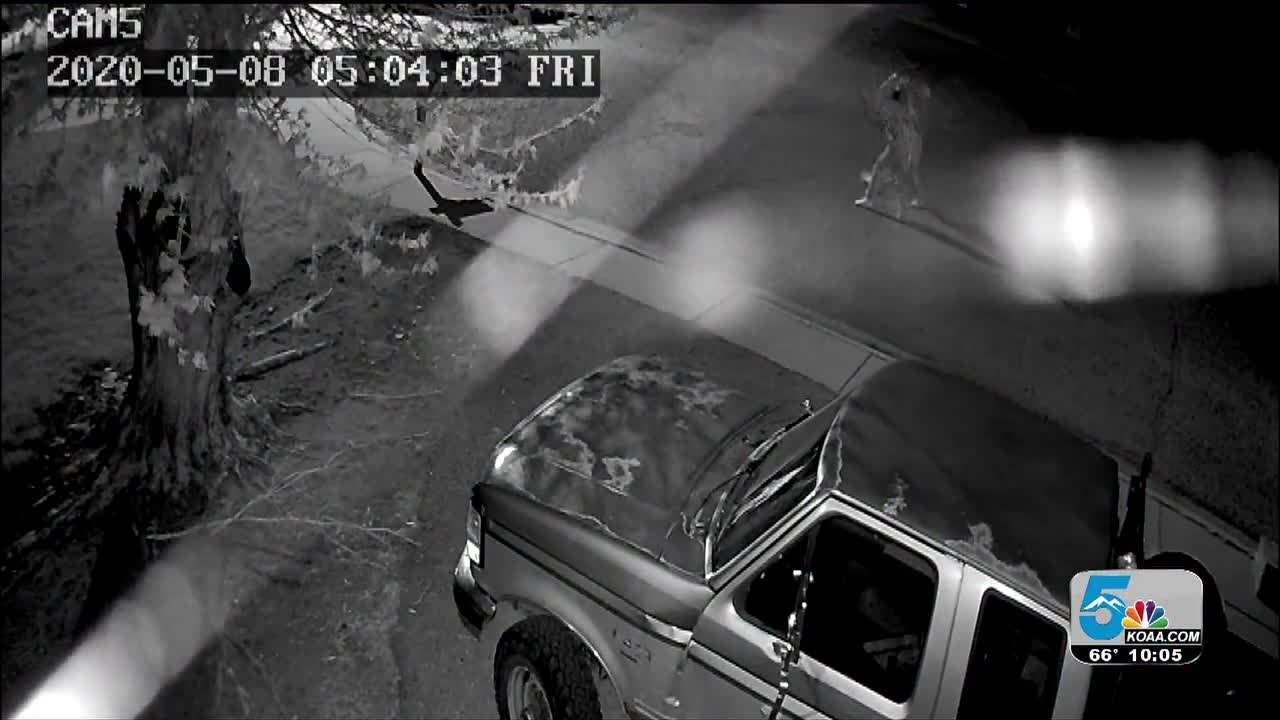 COLORADO SPRINGS — A Colorado Springs homeowner calls 9-1-1 for help after being assaulted outside her house.

In a bizarre twist, she wound up getting arrested.

News 5 Investigates has obtained video evidence showing prosecutors and police may have gone after the wrong person.

As of September 14, court records 4th Judicial District Attorney's Office has not dropped charges against a woman who appears to be the victim of an early morning assault that occurred back in May.

"We were sleeping and I heard load car noises like a muffler not on but maybe even louder," Lisa Floyd said. "I waited for it to pass but it kept on leaving and coming back."

A home surveillance camera from a neighbor captured a suspicious car at 5 in the morning on Floyd's street.

Video shows a white sedan going up the road slowly and then reversing. Moments later, another camera angle captures the same white sedan parking in front of a mailbox.

The driver gets out of the car and then gets back inside. Video is too grainy to fully analyze what this person was doing.

Lisa had a hunch something just wasn't right so she put on her robe, grabbed her glasses and phone and went outside.

Lisa threatened to call the police if the woman didn't leave the neighborhood.

"I walked around and went to take a picture," Lisa explained. "She (the driver) jumped out of her car and began hitting me."

Surveillance video shows as Lisa goes around the back of the vehicle to take a picture of the license plate, a woman gets out and starts to assault her.

"She had knocked off my glasses and my phone," Lisa said.

We counted a total of 5 punches before the woman realizes she didn't put her car in park.

The car then rolled down the hill and hit two other parked cars.

"I was just assaulted by some girl out here in a car saying she was delivering (mail)," Lisa told the 9-1-1 call taker. "Now she hit another car."

The noise woke up her nextdoor neighbors.

Unsure of what was going on, Larry Guba came out with a World War II handgun.

Guba says he saw Lisa in the street and the suspicious woman in her car, trying to leave.

"The lights come on, the engine started and she was backing out," Guba said. "That's when I put the gun up to the window and said get the keys out of the ignition and get out of the car because Lisa had called down to me at the top of the hill telling me, don't let her leave, she's been assaulted. I had no idea whether she (Lisa) had been knifed, shot, I didn't know what was going on. I thought I had done well."

According to police, Guba's actions were criminal and he was charged with felony menacing.

Meanwhile, Lisa is charged with disorderly conduct for fighting in public, even though surveillance video shows she did not throw the first punch.

Her attacker, later identified as Nuhiya Smith was charged with disorderly conduct and careless driving. She was allowed to leave the scene and go home after police finished their investigation.

Lisa is frustrated not only that she got charged with a crime, but that her neighbor could be locked up.

"He was protecting me," Lisa said. "I was just assaulted and there was a crime that was just committed. He did nothing wrong."

Lisa says investigators got it all wrong and believes they dropped the ball on the accident Smith caused when her car rolled down the hill.

"They (police) didn't verify her insurance so my other neighbors whose cars got hit have had little recourse," she said.

The homeowner who had two cars damaged didn't want to go on camera, but told News 5 via telephone that the insurance information Smith gave to police and her is bogus.

News 5 Investigates also discovered that less than 1 year ago, Smith was charged and convicted of driving without insurance.

At the time of this accident, Smith told police she was delivering papers, but nowhere on surveillance video did we see her toss a paper out of her car.

We also confirmed that Smith is not employed with The Gazette.

"It would certainly be a crime if someone knowingly provided false information or provided information showing that they had insurance when it turns out they were not insured," Lt. Jim Sokolik said.

So far, Smith has not faced any additional charges.

Lisa reached out to News 5 Investigates because she believes police arrested the wrong people.

CSPD admits at the time Lisa was charged with disorderly conduct, they did not have the surveillance video that News 5 Investigates obtained.

"We were unaware of that video at that time," Sokolik said. "Once someone has been arrested and charges have been filed, we can't just drop a case. That's not within our purview. That has to be done by the court system."

Chief Investigative Reporter Eric Ross asked, "Correct me if I'm wrong. What it appears happened is you have two different versions of what happened and at the time, law enforcement couldn't make an accurate determination of who really was at fault so rather than argue on the side of the street, both were issued citations (misdemeanor arrests) and you let the courts handle it?"

"That's very close I would say," Sokolik said. "The officer is doing the best they can at the point in time with the information they have to make that determination about probable cause. They are not the jury. That's really what the court system is for. If you get arrested and you feel you were arrested incorrectly, that's where the court is for to explain it."

Despite surveillance video appearing to show Lisa was the victim of an assault, she says the District Attorney's Office just tells her that she'll have her day in court.

"I'm told to just go to your court date, you'll have to just go and play the video for the judge," Lisa said. "I was like in the meantime, that's a long time and that's a charge hanging over me which cause other issues. I shouldn't have this charge in the first place."

A spokesperson for the DA's Office confirms this case is still active so there's not a whole lot they can comment on right now.

However, the spokesperson confirmed the prosecutor handling the case against Lisa has the same surveillance video we obtained.

Court records show Lisa is set to appear in court next month for a pre-trial readiness conference.

Smith is due back in court in November.

Guba's next court appearance is scheduled for Oct. 29.

He says he's had to pay more than $8,000 in legal fees for the felony menacing charge.

Guba says the World War II firearm was not loaded during this incident.

A person commits the crime of menacing if, by any threat or physical action, he or she knowingly places or attempts to place another person in fear of imminent serious bodily injury. Menacing is a class 3 misdemeanor, but, it is a class 5 felony if committed:

(a) By the use of a deadly weapon or any article used or fashioned in a manner to cause a person to reasonably believe that the article is a deadly weapon; or
(b) By the person representing verbally or otherwise that he or she is armed with a deadly weapon.

Update #1:
After our story aired, News 5 received a phone call from Smith, the other woman charged with disorderly conduct- fighting. Smith maintains she was delivering papers and couldn't find the address she was looking for when Floyd came outside. Smith says Floyd was angry about her car's muffler making noise early in the morning. When Floyd came around the car to take a picture of Smith's license plate, Smith admits she got out of the vehicle and did not want her license plate photographed. This is where the struggle takes place which was captured on a neighbor's security camera. Smith did admit the car she was driving was not insured and has a upcoming court appearance to plead her case in the disorderly conduct and careless driving charge she faces.

This is a developing story and will be updated as new information becomes available. If you have a problem or issue you'd like News 5 Investigates to look into, send an email to News5Investigates@KOAA.com.