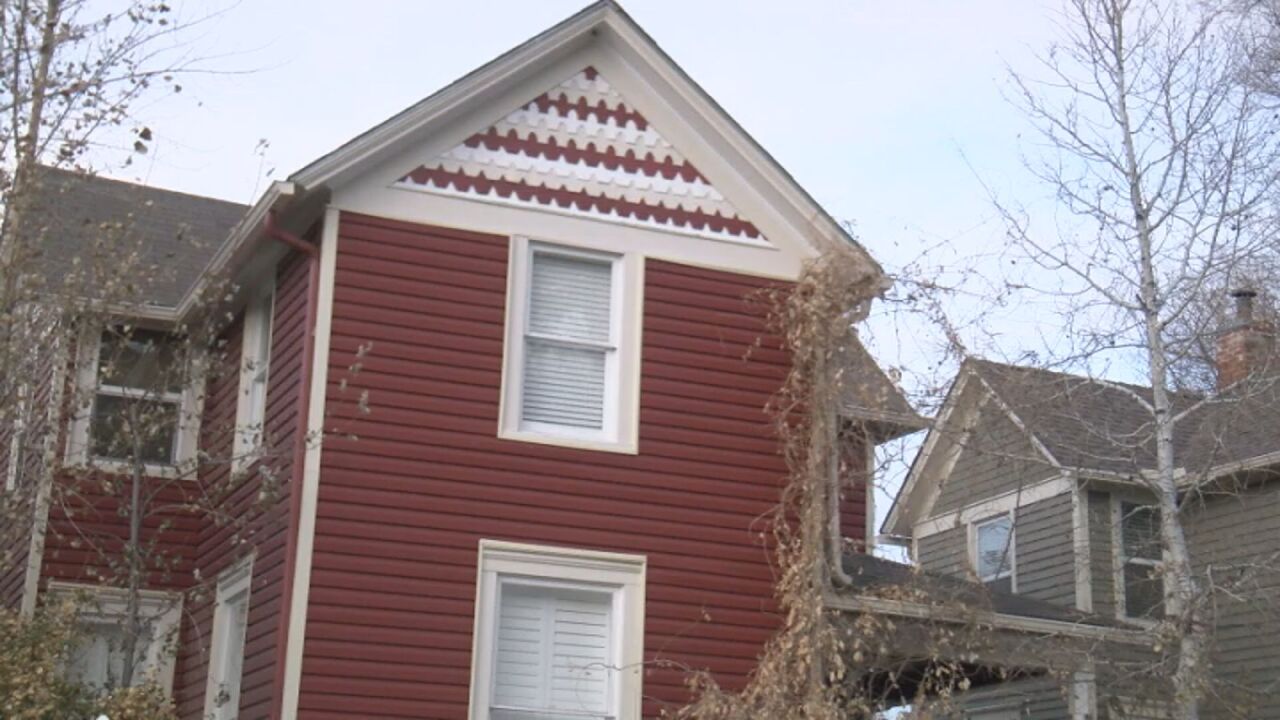 Outside of Play Mountain Place, a day care in Colorado Springs under investigation. 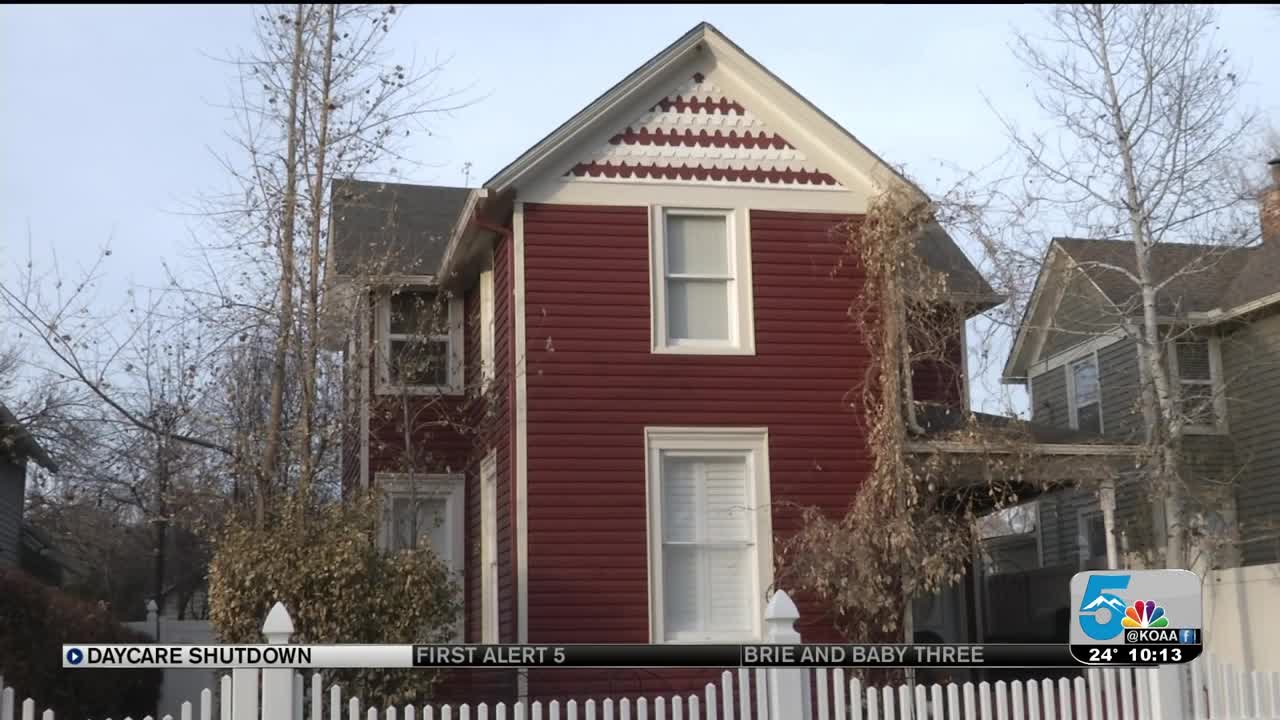 COLORADO SPRINGS — 26 kids who were found hidden behind a false wall in a Colorado Springs basement continues to attract national attention.

Carla Faith and two day care employees were all arrested and booked into jail on child abuse charges related to the Nov. 2019 discovery.

A News 5 investigation uncovered years of state inspection records documenting violation after violation at Faith's at-home child care center and school, both of which were licensed by the state.

A third property Faith owned and reportedly cared for children at was not licensed.

The Colorado Department of Human Services has since suspended Faith's ability to care for children, pending the outcome of a criminal case.

For the first time, the Colorado Department of Human Services is sitting down with News 5 Investigates to break down their role in the case and explain why they didn't intervene sooner, despite multiple documented violations in the past.

To-date, there are still many unanswered questions into how long Faith had been hiding more than two dozen kids from state licensing workers.

As we originally reported, police intervention was required to rescue those children because Faith would not comply with state workers who were following up on a series of complaints that Faith and her staff had been caring for more children than they were allowed to have under their license.

"In all the years I've been in the department, we've never seen anything like this and nor have my licensing specialists," Erin Mewhinney, the division director for the Office of Early Childhood and Learning said. "The Carla Faith case is really just an absolute anomaly. I would say that 99-percent of child care providers are doing the right thing and are doing their best for the children they care for."

Faith, 58, along with child care worker Christina Swauger, 35, are both charged with attempting to influence a public servant, a felony, and misdemeanor child abuse.

All three were booked into the El Paso County Jail and have since bonded out.

A fourth employee identified as Valerie Frequez was cited and released on misdemeanor child abuse as well. Since she was not arrested and booked into jail on this charge, a mugshot is not available.

However, some parents have questioned why dozens of violations at the two licensed centers dating back more than 4 years wasn't enough to take action sooner.

"We really didn't have enough information to put all the pieces together until we started to get additional complaints," Mewhinney said. "I really wanted to point out that the licensing specialist did her due diligence with this case. She the one who started to connect information about different properties and about complaints that seemed unrelated to the licensed child care facility."

As a licensing specialist showed up to one of Faith's properties to investigate a complaint, Faith hopped over her own fence and ran inside the home to elude the specialist.

Faith also refused to cooperate with police, who eventually were able to gain access inside and found the children hidden behind a false wall in a basement.

"The last thing we want to do is shut down a child care facility for findings of violations," Mewhinney said. "What we want to do is make sure that those findings are not such egregious violations that lead to health and safety issues down the road. We want to be able to tell them (a child care provider) where we think there is risk to children and help them mitigate that risk and come back into compliance with what their license requires."

Mewhinney says many violations documented in annual inspections can be corrected through education, and News 5 Investigates did see several violations which would be considered "minor".

However, one series of violations did stand out.

"Back in 2017, there were employees that didn't have background checks on file," Chief Investigative Reporter Eric Ross told Mewhinney. "At that point, why wouldn't the State come in and revoke their license immediately? We don't know whether these employees are sex offenders or whether they have a criminal record."

"So if we find that a facility or a home has employees that have not had background checks done, they are not allowed to have contact with children until those background checks are done," Mewhinney said. "Of course if they haven't been background checked by the department, we may not know about it until our next annual inspection."

News 5 Investigates uncovered Faith had been accused of running another home child care center and hiding more children from state inspectors in California. Her facility was not licensed to care for the number of children she had reportedly had.

It's important to note that Faith was not criminally charged in that case.

We asked Mewhinney how Faith was able to secure a new license to operate here in Colorado.

"There is no ability for us at this time to pull all records from all states related to child abuse and neglect and so if it's not a criminal record, the FBI isn't going to catch it," she said. " So this is something the state is working with---all 50 states are working together to figure out the best way to share child abuse and neglect records with each other to help prevent these types of issues."

Until then, Mewhinney says it's up to parents to ask their child care provider questions and look for red flags.

"It's so important that parents contact us, even if they have an inkling that something isn't right," Mewhinney said. "Our job is to investigate those and find out what's really going on. We really do rely on parents to be the eyes and ears every single day."

While the State's Office of Early Childhood administers child care licenses, the law doesn't allow those workers to enter child care facilities to investigate a complaint without the home or business owner's approval.

This means that if a child care owner or worker doesn't want to comply with state workers, police intervention is required to make entry.

If you have concerns about a child care program or if you see something concerning, the Colorado Springs Police Department is encouraging you to call the child care complaint hotline at 1-800-799-5876.

If you suspect child abuse or neglect, call the Colorado Child Abuse and Neglect hotline at 1-844-264-5437.

Anyone witnessing a child in a life-threatening situation should dial 9-1-1.

"DHS is currently investigating other licensed facilities belonging to Carla Faith in Colorado Springs," Lt. James Sokolik said in a Dec. 2019 news release. "The CSPD will assist, if requested by DHS, to investigate criminal statutes relating to their cases."

Q: Can Faith re-apply for her child care license or open a new facility?
A: It would depend on the outcome of the criminal case which is currently going through the judicial system in El Paso County.

Q:When is Faith due back in court?
A: Court records show she has her first appearance scheduled for Jan. 8.

Q: How is child care licensing administered in Colorado?
A: Click here to watch a short video of Mewhinney explaining the licensing and background check process.

Q: How often are child care facilities visited?
A: An unannounced, supervisory visit happens at least once a year. Additional inspections and follow ups may occur following complaints.You can learn more about that process here.