The Cañon City Police Department is being transparent and admits that one of its officers made a “potential error” when handling a case that ended with a diabetic man going to jail and losing his driver’s license for a crime he didn’t commit.

Melvin Thurber was arrested for a DUI, but medical notes obtained by News 5 Investigates show he had no signs of intoxication.

As Thurber was booked into jail, we now know he disclosed to medical intake staff that he was diabetic and on medication. For whatever reason, that information was not put in the arresting officer’s report.

The police department sent a letter to the DMV after our original story aired, disclosing this discovery and asking them to consider this information in any review of the case.

However, the DMV remains on the defensive and stands by its decision to charge Thurber money to reinstate his license and requiring him to have a breathalyzer in his car for the next two years.

“If I was guilty I wouldn’t be here,” Thurber said as he did a follow-up interview with News 5 Investigates. “I’m innocent. I’m here and it is a very frustrating mess that I’m trying to crawl through to get somebody to hear the truth.”

Police pulled Thurber over on suspicion of DUI and the arresting officer’s report shows he had all the signs of someone who is intoxicated—constricted eyes, droopy eyelids, drowsiness and slurred speech.

The traffic stop is time stamped at 11:06 p.m. It’s a critical piece of information because 51 minutes later at 11:57 p.m., Thurber was seen by medical staff at St. Thomas More Hospital.

A doctor said Thurber was alert and that his eyes were fine. Notations were made stating that Thurber was calm, cooperative, pleasant and did not appear intoxicated.

Chief Daric Harvey told News 5 Investigates that he had not seen the medical notes prior to us providing the department with a copy of the report.

Chief Harvey kept his word, conducting a review and sending a letter to the Colorado Dept. of Revenue (DMV).

It reads in part:

“Mister Thurber has provided medical records that show he has Non-Insulin Dependent Diabetes Mellitus. Mr. Thurber provided this information to the hospital staff during his intake. When Mr. Thurber was processed at the Fremont County Jail, he disclosed to them that he is diabetic and takes medication for his diabetes. Since this is a potential error on the part of our officer, I am requesting that this information be considered in any review of this case.”

The police department also could not confirm or deny whether Thurber suffered a diabetic episode at the time the traffic stop occurred, although Thurber’s condition miraculously improved from the time of the traffic stop until the time he was seen by medical professionals prior to going to jail.

According to the officer’s report, Thurber refused a breathalyzer exam. However, a court-ordered blood sample to test his intoxication level was never obtained. A blood glucose test was also not obtained, according to police.

Chief Harvey explained by a court-order to obtain a blood sample for this DUI case was not obtained in this original report.

“I’m hoping that when they (the DMV) receive this letter, once they review it that maybe then they’ll give me a call and give me a chance to talk to them about by case.” Thurber said.

Sarah Werner, a spokesperson for the DMV would not tell News 5 whether they received the letter from the police department.

In order to make sure they received it, News 5 Investigates sent them a hard copy overnight via Fedex. We also emailed Werner a copy of the document and have not heard back.

Werner did say the DMV has tried numerous times to reach out to Thurber to discuss his case but have not been successful.

In order to fact-check who is telling the truth, we requested the DMV provide any records identifying the DMV employee(s) who allegedly called Thurber to review this matter.

You can view our open records request here.

Instead of providing the documentation, the DMV declined our request.

Following our initial interview, Thurber allowed News 5 Investigates to listen and record a phone conversation he took the initiative to place to try and resolve this matter again. 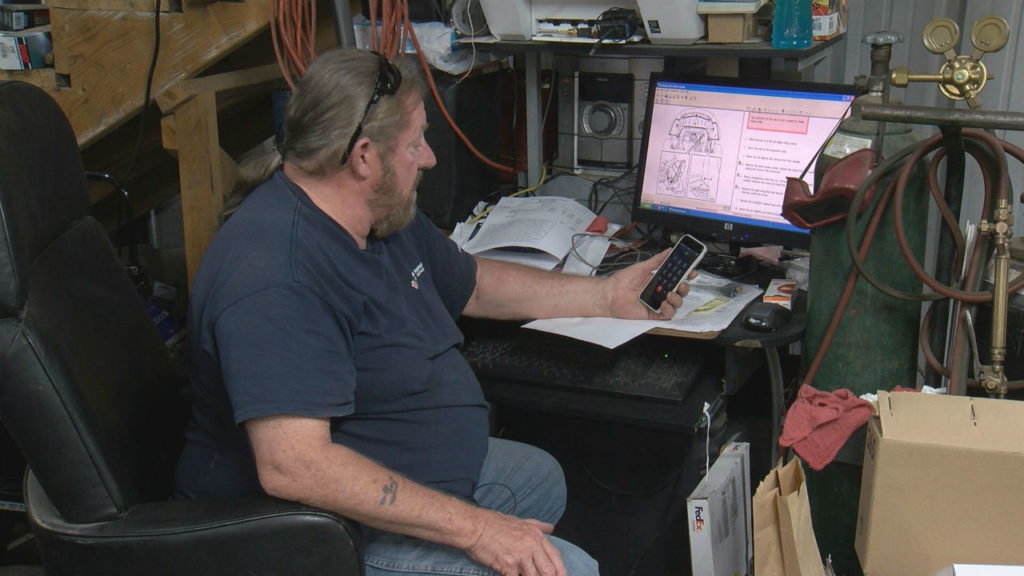 “There’s nothing we can do,” a DMV customer care agent told Thurber in our presence.

“That’s how I’ve been pretty much treated throughout the whole thing with them,” Thurber said. “They (the DMV) just doesn’t care. They don’t want to know the truth. They don’t care about the truth so that’s my frustration.”

Despite the DUI case being tossed out of court, Thurber had to pay $95 to get his license back, a $73 monitoring fee and a $25 administrative fee. That’s in addition to a $165 payment he’ll be making every two months for the next two years.

Werner says the DMV is unable to comment about this case.